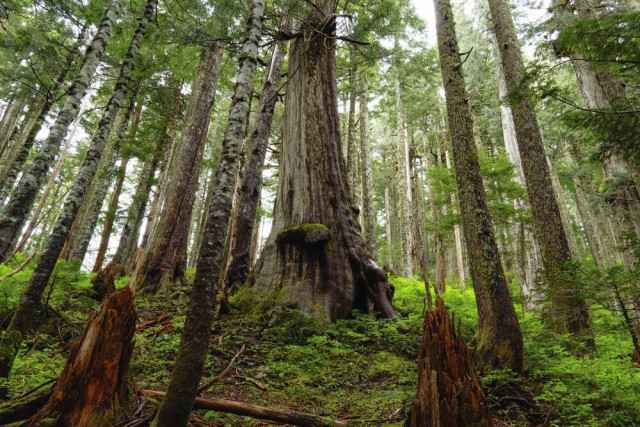 Four women and a man were arrested on Wednesday when the RCMP banned protesters for logging near Lake Cowichan.

One of the women and the man refused to identify themselves and two of the women were repeat offenders, police said.

The area was the site of a previous blockade and was reoccupied this month by people who opposed forestry operations in the Fairy Creek area.

The camp is located in Ditidaht’s traditional territory, and First Nations leaders of Ditidaht, Huu-ay-aht and Pacheedaht had issued a final request to protesters to leave on June 23.

“We have heard the concerns of affected First Nations leaders and the RCMP is working with all stakeholders to find a peaceful solution,” said RCMP chief Supt. Jan Brewer. “Interfering with the lawful use and enjoyment of property is a criminal offense and obstructing access to forest roads is a clear violation of the court order issued to Teal-Cedar Products Ltd.”

Officers were deployed to the Haddon Main/Carmanah Mainline Forest Service Roads area on Wednesday and anyone violating orders could be arrested, police said.

Brewer said officers had to remove “enormous amounts of trash, debris and harmful chemicals” from the camp, something they’ve seen in other protest camps in the area over the past year. “The environmental damage to the ground they have caused is appalling.”

Patrols in the area are continuing, police said.