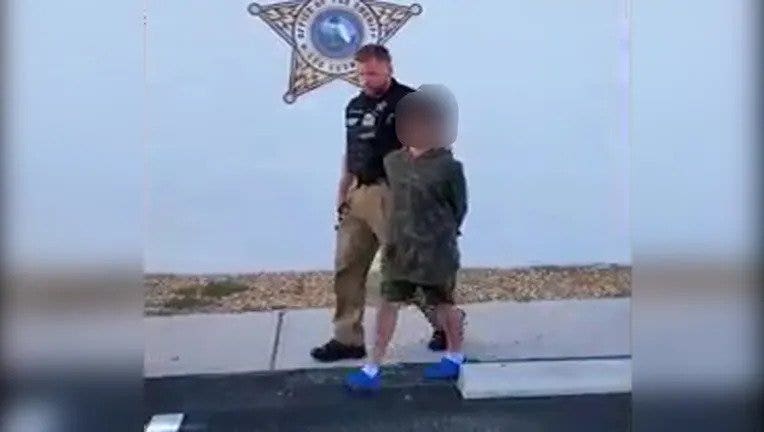 A 10-year-old fifth-grade Florida boy was arrested Saturday and charged with making a written threat to carry out a mass shooting, police said.

Due to the age of the child, the Criminal Investigation Department for Youth Affairs took up the case. Police arrested the boy after detectives questioned him and determined the possible reason for his arrest.

“This student’s behavior is sickening, especially after the recent tragedy in Uvalde, Texas,” said Lee County Sheriff Carmine Marceno. “Ensuring that our children are safe is paramount. We will have law and order in our schools! My team did not hesitate for a second…NOT SECOND to investigate this threat.”

Police arrest a 10-year-old in Cape Coral, Florida, for allegedly making a written threat to carry out a mass shooting
(Courtesy of the Lee County Sheriff)

“Now is not the time to act like a petty delinquent,” Marceno also said. “It’s not funny. This kid made a fake threat and now he’s experiencing real consequences.”

Marceno has taken a strong stand on social media against would-be killers after the deadly mass shooting in Uvalde, Texas, in which 18-year-old gunman Salvador Ramos killed 19 children and two teachers.

“You can’t shoot our children,” Marceno said at a press conference after the shooting. “If you bring deadly force into this province, we’re going to kill you.”

Law enforcement officers in Uvalde are being judged more harshly for their response to a shooting that killed 19 children and two teachers, while questions are mounting about how quickly police responded to the crime and neutralized the suspect. The Justice Department announced an investigation into the case on Sunday.

Andrew Mark Miller of Fox News contributed to this report.