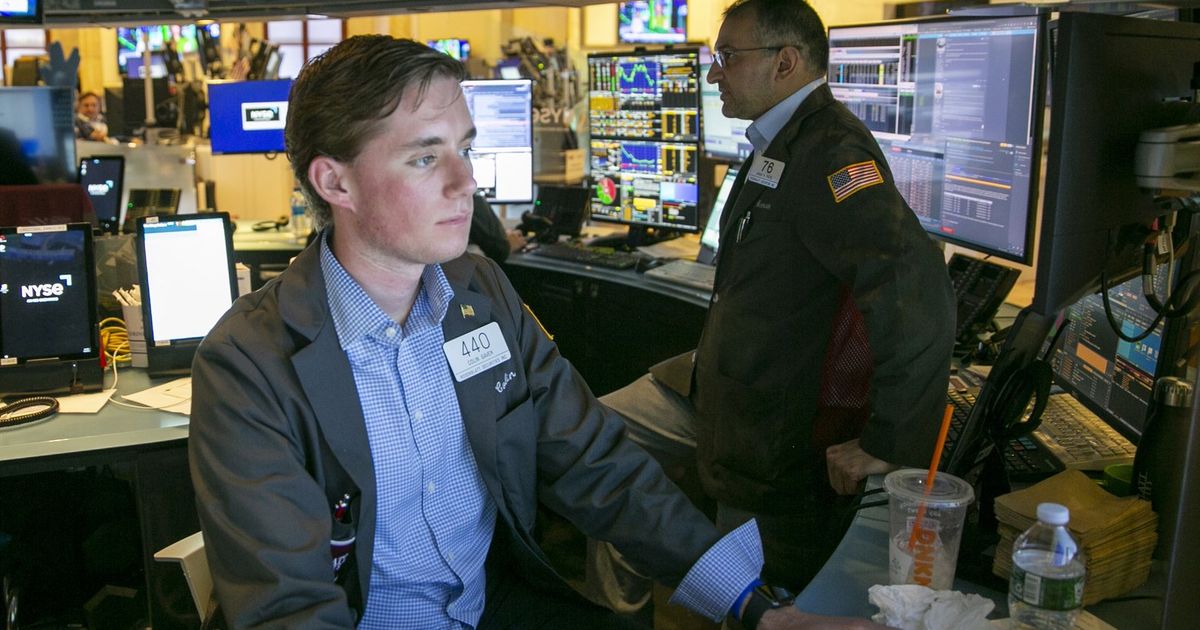 CHICAGO – I had an uncle whose financial goal for life was to collect $1 million to give to his children.

As a farmer, he was frugal by nature; when he was in his 70s, he finally reached his goal. Instead of celebrating his wealth, turn into the poorest, stingiest man I’ve ever known.

The possibility of not reaching his goal made him more tense and concerned than ever about money.

I’ve been thinking about him a lot lately as the market has had a miserable start to the year.

Now that stocks have fallen significantly and bonds are also losing ground, I worry that many people share my late uncle’s thinking. They watch wallets lose ground, retreat across key mile markers, and get scared.

It’s emotional but understandable. Most investors hate losses more than they enjoy gains, but they anchor their minds on the tops, meaning every time they see a new record for their account value, they internalize the high water sign.

Instead of seeing the years of profit and progress that have expanded their holdings to a good number, they see any dip from a peak as a bad number.

Those gains are made on paper, not set in stone, but that doesn’t lessen the sense of loss if a portfolio falls.

The impact is now exacerbated by rising prices and high inflation. It couples the feeling of loss with the feeling that things will never be affordable again, and stepping back a mile marker from a portfolio can feel like driving at high speed in the wrong direction.

“Telling people not to do anything to respond to these circumstances — because they’re better off on the course they’ve set for themselves — is unsatisfactory if they’ve anchored themselves to the top balance sheet and don’t want to let go,” said Christine Benz, director personal finance and retirement planning for Morningstar. “Nothing will really make them feel better until they return to that peak.”

While a dip from a peak tends to make a dip feel quick and abrupt, investors should keep their perspective.

I could ramble on old chestnuts about feeling good about how far you’ve come, but they’re cold comfort when the stock market enters bear market territory.

Experts at last week’s Morningstar Investment Conference in Chicago were quick to come up with portfolio solutions on ways to invest in this storm, but had nothing but to hold out for investors who are tense.

It may be the right advice, but it doesn’t help when everything feels wrong.

Nervous investors should consider a few other factors instead:

How did you determine your goal or target?

Many people are like my uncle. He never did an analysis of his needs – in fact his goal was to pass on wealth to his children – it was just to achieve a large number.

Are losses and setbacks important in your life, or just for your purpose?

I recently spoke with a young investor who had hoped to accumulate $50,000 in savings by the time he turned 25. He was appalled that the downturn in the market would fail him.

That’s disappointing, but the money he’s saved and invested has put him way ahead of his peers.

Not meeting a goal is much less important than putting in the effort and getting close.

If your portfolio remains healthy and on track to meet your long-term goals and needs, it doesn’t matter where it stands now and what it’s done for you lately.

Is this a temporary setback or a real loss?

I am not immune to this thinking; the last time I checked my portfolio it had fallen below a round number which makes sense to me as a target as I hoped to be at age 65.

That’s disappointing, but I won’t be hitting that milestone in my life for another five years, so the decline won’t stop me from achieving my major financial planning goals.

Time horizon matters when it comes to your goals. While a retiree may feel the current circumstances more acutely than the young man with the propensity to save, that doesn’t mean the situation is dire.

Most people would be quite happy to face my uncle’s situation. Even if he didn’t make it to the number – which he ultimately didn’t – he would still have been wealthy by most standards and determined his life based on his own lifestyle. He had everything he wanted except the number.

Do you really think differently about your investments?

We are happy when the market gains 15% and miserable when it loses 15%. It’s the same move, but no one is complaining about volatility when it works in our favor.

If your portfolio wasn’t too volatile or terrifying on its way to reaching the level you’ve locked in your head as a peak, a downturn shouldn’t deter you.

“Make your decisions based on the market, not emotion,” says Benz. “Focus on what your money can do for you, not on achieving a particular goal. These are not comfortable times, but unless you look at them and think that there has been a regime shift in thinking – that the market is different and changed forever – don’t let your emotions get the better of you.”

itschuckjaffe@gmail.com; on Twitter: @MoneyLifeShow† Chuck Jaffe is a nationally syndicated financial columnist and the host of “Money Life with Chuck Jaffe.” Tune in to moneylifeshow.com.