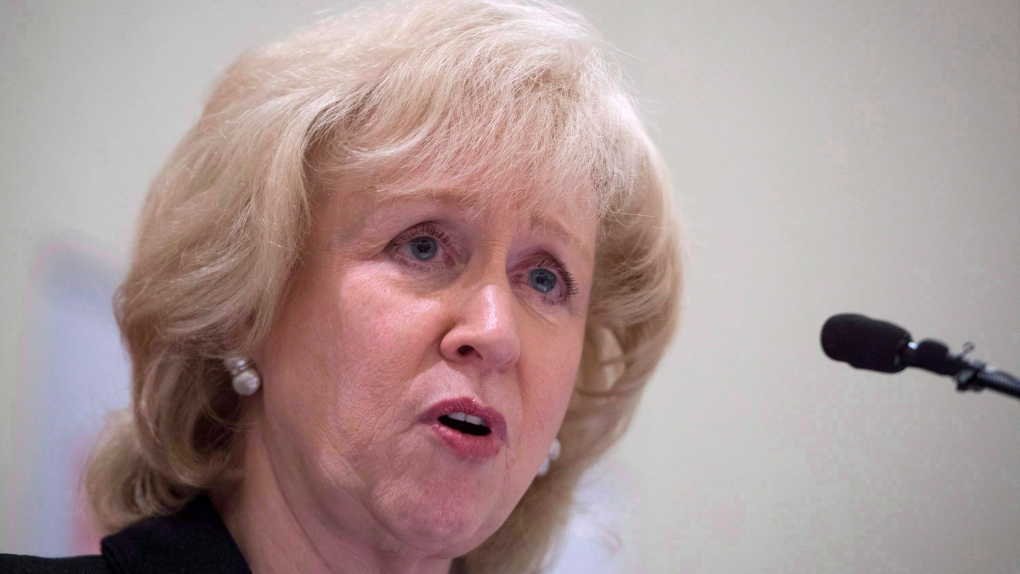 Amid discussions about the battle for the soul of the Conservative Party, former Prime Minister Kim Campbell says that without leadership on policies such as climate change, the party’s identity will remain at stake.

“I’m sorry, if you’re not concerned about climate change, and you’re not worried about the resurgence of authoritarianism, and you’re not championing women’s rights to make the contributions they need in society, I I’m not interested,” she said in an interview on CTV’s Question Period airing Sunday.

“Canada must be part of the solution to climate change and the fact that there could be a party dragging its feet is just so depressing.”

Campbell was elected a member of the House of Commons in 1988 and soon afterwards held several senior cabinet positions, including Minister of Justice and Attorney General. She succeeded Brian Mulroney as leader of the Progressive Conservative Party in 1993, becoming Canada’s first female Prime Minister.

Reflecting on her time at the helm of the party and the current state of the leadership race, Campbell argued that candidates “should show leadership” on controversial issues.

“They have to do with it. [The party] should not bury his head in the sand. It should show leadership. We talked about abortion, we talked about gun control, I’ve covered a lot of issues that no one in their right mind would choose to deal with, but they needed to be addressed,” she said.

As justice minister, Campbell introduced legislation to tighten the procedure for obtaining a firearm after the massacre at the École Polytechnique in Montreal. She also oversaw the enactment of a law that would make abortion illegal unless performed by or under the supervision of a physician who deemed abortion necessary for a woman’s health. The bill died in the Senate.

The former leader also weighed in on Pierre Poilievre’s attacks on the Bank of Canada, noting specifically that Governor Tiff Macklem should be fired for failing to contain rising inflation.

“Yeah, he should have predicted, you know, the disruptions of the COVID supply chains and the war in Ukraine, right? Yes. Down with that dude, he doesn’t consult his tarot cards. Grow up,” she said.

And of Canada’s central bank independence, she said, “when people are appointed to independent positions, you have to suck it up and respect that, unless there’s clear evidence that what they’re doing is incompetent or in bad faith or dangerous.” †