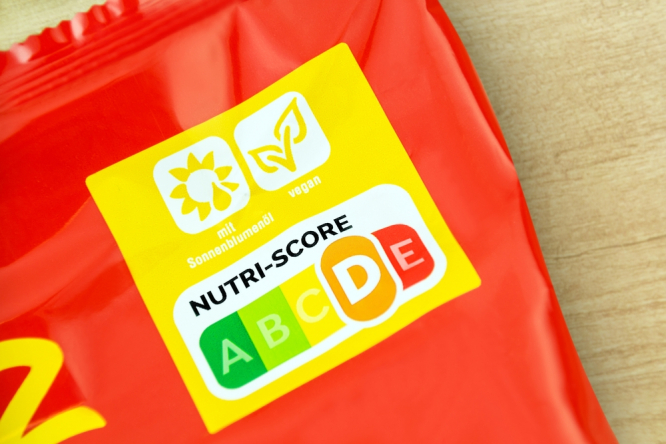 The Nutri-Score is used on food packaging to indicate the nutritional value of the food and gives food a score from A to E Photo: Photo_Pix / Shutterstock

The criteria for Nutri-Scores – the score that indicates how nutritious or ‘healthy’ a food is – are becoming stricter in France to better align with health recommendations.

The score will now rank higher for whole and unprocessed foods, and those without added salt or sugar. The scientific committee responsible for the score decided to implement the new system after a meeting on the issue on July 26.

The score has been in use since 2017. It is used on food packaging to indicate the nutritional value of the food and gives food a score from A to E, using a traffic light style color system.

A is the most healthy score, E the least healthy.

In 2021 it also became mandatory for all French food advertising in the media – including online, on television and radio – to clearly display the Nutri-Score sign.

Read more: All food ads must have a health score, vote in France

The changes apply to France, Germany, Spain, the Netherlands, Belgium and Luxembourg, where the Nutri-Score system is in use.

Five categories will undergo changes and the new criteria will include:

Drinks are also included in the changes, although the exact changes are yet to be confirmed.

The full range of changes will be rolled out by the end of 2022, with a view to proper entry into force from January 2023.

The Ministry of Health has confirmed that manufacturers will also have “a long enough period… to allow them to roll out the logo” and make the necessary changes.

Manufacturers in need will also have access to financial support to help roll out the ‘Nutri-Score 2.0’.

Why don’t all foods in France have nutritional scores?

Angry at calls to label wine nutritionally ‘unhealthy’ in France