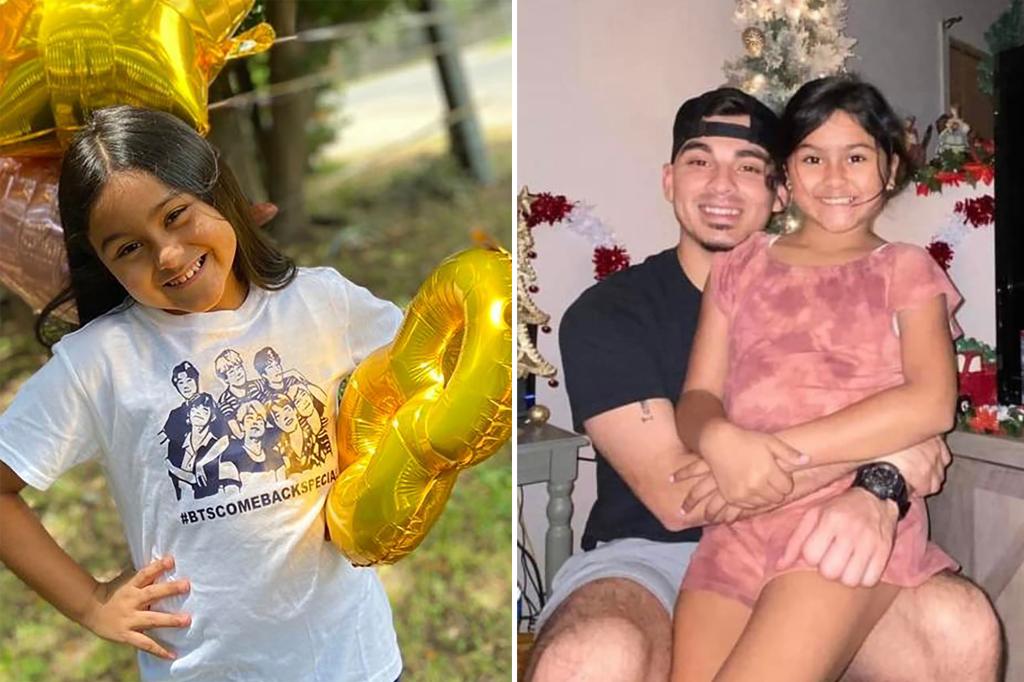 The father of Amerie Jo Garza, the victim of the Robb Elementary School massacre, was told by the girl’s best friend that his daughter was dead, he said on CNN Wednesday night.

Father Angel Garza shared how he responded to the school as a medical aid to assist in the aftermath of the mass shooting and saw a little girl “covered from head to toe with blood”.

“I thought she was injured, I asked her what was going on and she said she was fine,” Garza told Anderson Cooper. “She was hysterical, saying they shot her best friend, they killed her best friend, she wasn’t breathing and she was trying to call the police.

“And I asked the little girl’s name and she told me, she said Amerie,” said Garza, who began to cry into the air. “She was so sweet… she was the sweetest girl who didn’t do anything wrong. She listened to her mom and dad, she always brushed her teeth, she was creative, she made things for us, she never got into trouble at school.”

“I just want to know what she did to be a victim,” Garza said, fighting through tears.

Amerie was one of 21 people, including 19 young students, who were senselessly murdered by alleged gunman Salvatore Ramos. The school shooting is one of the worst in American history.

Amerie was a big sister to a little brother who asked her every morning when he woke up, Garza said.

“We told him his sister is with God and she won’t be with us any longer and of course he just cried,” Garza told Cooper when the host asked if his son knew.

The young girl turned 10 two weeks ago, Garza said, and got her first cell phone for her birthday.

“She’s wanted a phone for so long and we finally got it for her,” Garza said.

Amerie tried to use that phone to call the police for help during the shooting, Garza said on the air.

“She just tried to call the authorities and I think he just shot her. How do you look at this girl and shoot her,” Garza said, holding up a picture of his daughter and calling her his baby.

“I just want people to know that she died trying to save her classmates,” Garza said at the end of the CNN interview. “She just wanted to save everyone.”

Amerie’s mother, Kimberly Garcia, posted on Facebook that she will never understand her loss.

“Mama loves you, Mama can’t sleep without you Mama needs you, Amerie I can’t live this life without you. How Am I Supposed To Live Without You? I will never understand. I love you and I will never be the same again,” she wrote.