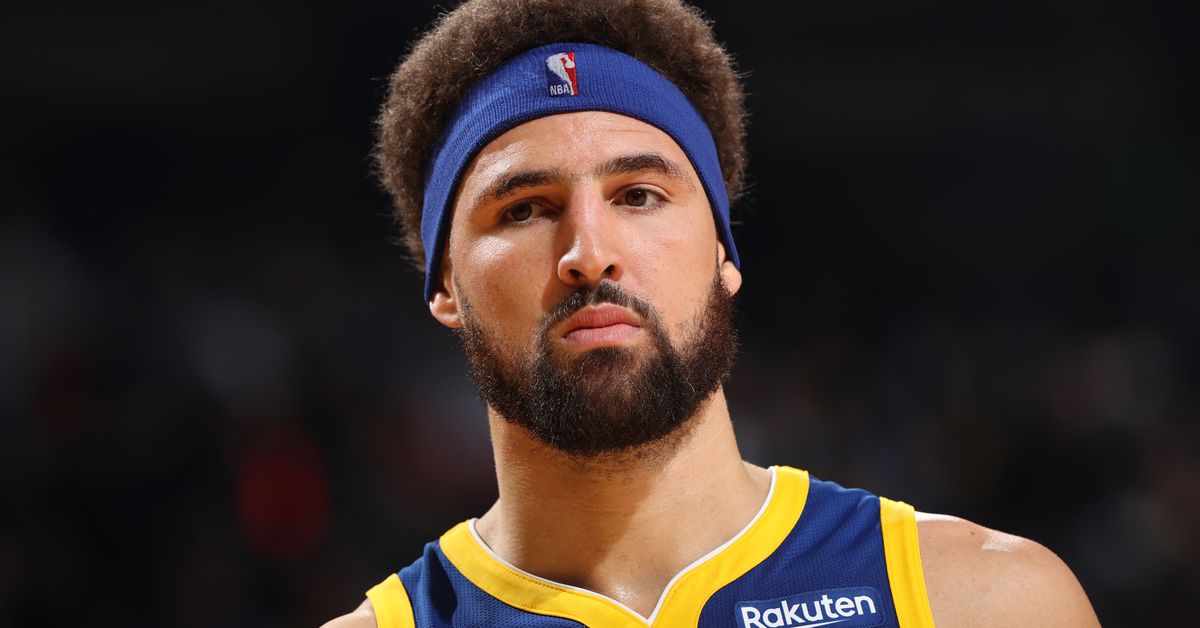 Somehow, the Golden State Warriors have found a way to finish off the Memphis Grizzlies and beat their ticket to the Western Conference Finals. After an embarrassing loss in Game 5, the Warriors answered with a 110-96 win on their home floor to take a 4-2 series win.

The Warriors put Kevon Looney in the starting line-up ahead of Jonathan Kuminga, who played only sparingly in this series. While some fans demanded that Jordan Poole start, acting head coach Mike Brown opted for Looney’s mate. Looney delivered arguably the best performance of his career.

The Dubs jumped out to a 16-8 lead, but several casual turnovers opened the door for Dillon Brooks to blast the Grizzlies back into the game. That sequence would repeat itself over and over.

The Warriors led 30-26 at the end of the first quarter, but their lead could have easily been extended to double digits. Klay Thompson already flashed the “Game 6 Klay” feats that likely knocked his ticket into the Hall of Fame, but Dubs’ sales held them back.

Brooks again decided to antagonize the Warriors and their fans. After a missed shot, Brooks grabbed Curry over his shoulders and pulled him to the ground. Thompson immediately got in the face of Brooks and each of them got technical fouls, although Brooks ran away from Thompson. The umpires decided to review the game and correctly rated Brooks a blatant 1.

The Warriors should have at least had a two-figure lead at halftime. They played exceptional defense in the first half, shooting 40.7% from behind the arc, but appalling efficiency on two-point shots (7-for-25) and their continued turnover problems (11 in the first half) left the door open for Memphis . Golden State led only 53-51.

The third quarter was more of the same. Thompson looked to go nuclear early on, making three straight shots, including a heavily contested midrange jumper, but the Warriors gave in to Memphis’ defensive focus and were unable to lean against Klay the way Dub Nation is used to touched. Instead of pulling back, Golden State only maintained a one-digit lead. Then more sales came.

Golden State had a comedic run midway through the quarter, with three out of four possessions being thrown incorrectly. Without their top scorer, the Grizzlies needed the Dubs to string together several empty possessions to close the lead. They got it. They briefly took the lead before the end of the third, but the Warriors led 78-77 en route to the final quarter.

The Warriors eventually slowed things down in the final 12 minutes of regulation and cashed in on their revenue. But asking the Grizzlies to keep up with them for just a quarter of an offensive was a much easier task than 48 minutes. Golden State seemed to miss their chances to pull away, and Brooks – who will likely haunt Dub Nation for years to come – found his shot again and nailed a step back three times on Andrew Wiggins to make it a one-ball game. Then Desmond Bane added another triple to give Memphis an 89-87 lead with 6:55 left in the regular season.

The answer didn’t come from Thompson, Curry, or Draymond Green. It was Andrew Wiggins. It was the only Warrior player ever to be consistently considered a bust. It was Friday the only Warriors starter not to win an NBA championship.

The shot clock ran out and Wiggins knocked down a pull-up three. He stole the ball from Brooks on the next possession and made it an easy dunk. Then, another Brooks miss put Golden State in a transition phase, where Curry was left alone on the right wing.

Golden State’s offense was ugly outside of Thompson’s shooting for three and a half minutes, but the switch was hit. Wiggins delivered a big basket while forcing two massive stops that culminated in a swish from Steph Curry, bringing the Warriors to six. In this game, six points felt like 16.

Looney capped off his stellar performance with multiple offensive rebounds in the closing minutes, including one setting up Thompson for a final dagger three. Looney played 35 minutes, scoring only 4 points, but grabbing 22 rebounds (11 offensive).

Thompson scored a team-high 30 points on 11-for-22 shooting from the field. Curry finished with an inefficient 29 points, which mainly came when the Warriors eventually knocked the game out in the closing minutes.

Still, there’s an argument that Wiggins was their most valuable player. He played 41 minutes of dogged defense, mostly against Brooks, recording 18 points, 10 rebounds, 3 steals and 1 block. Wiggins has been criticized for inconsistent efforts and a tendency to disappear during his career, but he was everywhere on Friday.

The Warriors now have a moment to rest. Whatever happens, they will have more rest than their Western Conference Finals opponent. They will face the winner of Game 7 between the Phoenix Suns and Dallas Mavericks, which takes place in Phoenix on Sunday, May 15 at 5:00 PM Pacific. If the Suns win that game, the Warriors will go to Phoenix for Games 1 and 2. If the Mavs win, the Dubs will host the first two games of the series.