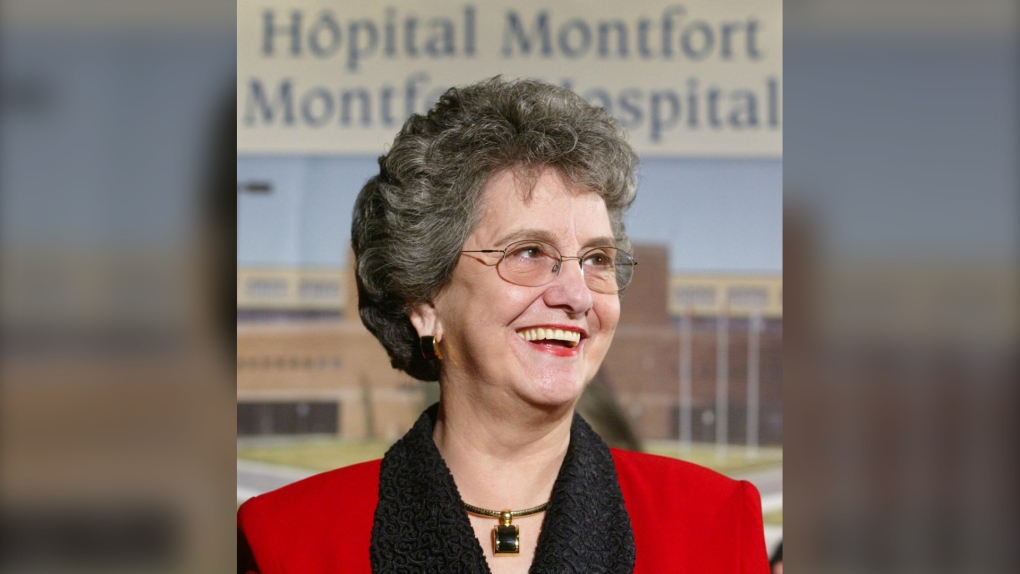 Gisèle Lalonde, the former mayor of Vanier and the woman who led the campaign to save Montfort hospital from closure, has died.

The hospital reported this on social media on Wednesday morning.

“Mrs Gisèle Lalonde, activist and leading figure of SOS Montfort, passed away last night. It is with great sadness that we heard the news. We extend our sincere condolences to her loved ones, everyone who has worked with her and all those close to her. was,” the statement said.

Ms Gisèle Lalonde, activist and leading figure of SOS Montfort, passed away last night. It is with great sadness that we heard the news. We offer our sincere condolences to her loved ones, everyone who has worked with her, and all those close to her. (1/4) #ottnieuws pic.twitter.com/FNmfqNvhj4

De Montfort said the Montfort flag and French Ontario flags in front of the hospital and at the monument de la Francophonie will be flown at half-mast until sunset on the day of her funeral, which has not been announced.

Lalonde was a teacher in the Ottawa area before becoming mayor of Vanier in 1985. She was a longtime advocate for francophone education in Ontario and led the SOS Montfort campaign, which aimed to protect Ontario’s only francophone teaching hospital from closure in the late 1990s.

The University of Ottawa called her a pioneer and an important figure for all French speakers. Lalonde received a diploma from the École Normale of the university in 1951. The university awarded her an honorary doctorate in 2016.

Her dedication and perseverance will forever inspire future generations. The sad announcement of her passing marks a moment to bring her remarkable story to the fore. pic.twitter.com/jjaereLOT9

She was made a Member of the Order of Canada in 2003 for her efforts to defend La Francophonie.

A school in Ottawa, école secondaire publique Gisèle-Lalonde, is named after her and she has received numerous other awards.

Ottawa Mayor Jim Watson tweeted Wednesday in French expressing condolences to Lalonde’s friends and family, calling her a “true force of nature” and adding that her death is a huge loss to Ottawa and Canada. Flags at City Hall and Richelieu-Vanier Community Center are flown at half-mast in honor of Lalonde.

The death of Gisèle Lalonde is a great loss for our city and our country. A true force of nature and a proud defender of her French Ontario roots, she helped save Monfort Hospital. I had the opportunity to talk to Ms. Lalonde… 1/3

Prime Minister Justin Trudeau responded in a tweet to Lalonde’s passing, saying the French-speaking community is stronger because of her efforts.

Gisèle Lalonde was immensely proud to be Franco-Ontarian – and she worked tirelessly to serve her fellow Franco-Ontarians. The French-speaking community has been strengthened by her efforts and her death is an extraordinary loss. My thoughts are with all who mourn today.