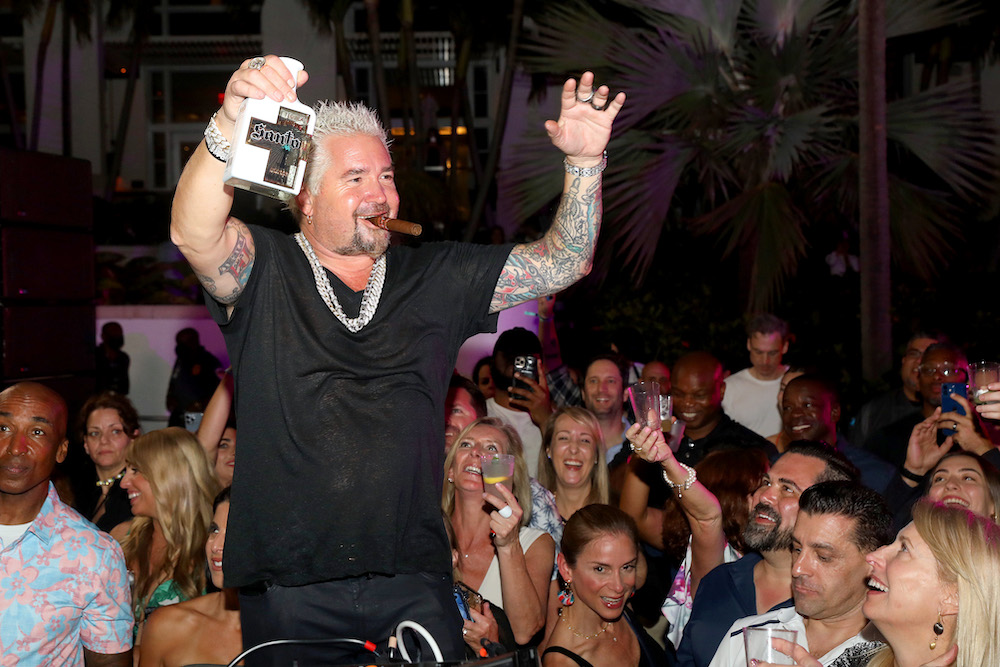 Apparently, Rage Against The Machine is the only thing Guy Fieri loves more than Mac Daddy mac n cheese and chicken avocado spring rolls. That’s right, the mayor of Flavortown himself follows RATM on their ongoing reunion tour. According to social media, he was on the 7/27 show in Cleveland (where he met openers Run The Jewels), the 7/29 show in Pittsburg (where a video of him having a drink and a cigar went viral), and last night. show in Raleigh, where he appeared on the Jumbotron.

Tomorrow and Wednesday, RATM will be playing two consecutive shows in DC, so we’ll see if Fieri shows up to that, as only a real Stan would. Watch him enjoy the past shows below.

@ltmagnotto A viral post is born. #guyfieri #ratm ♬ Killing In the Name – Rage Against The Machine