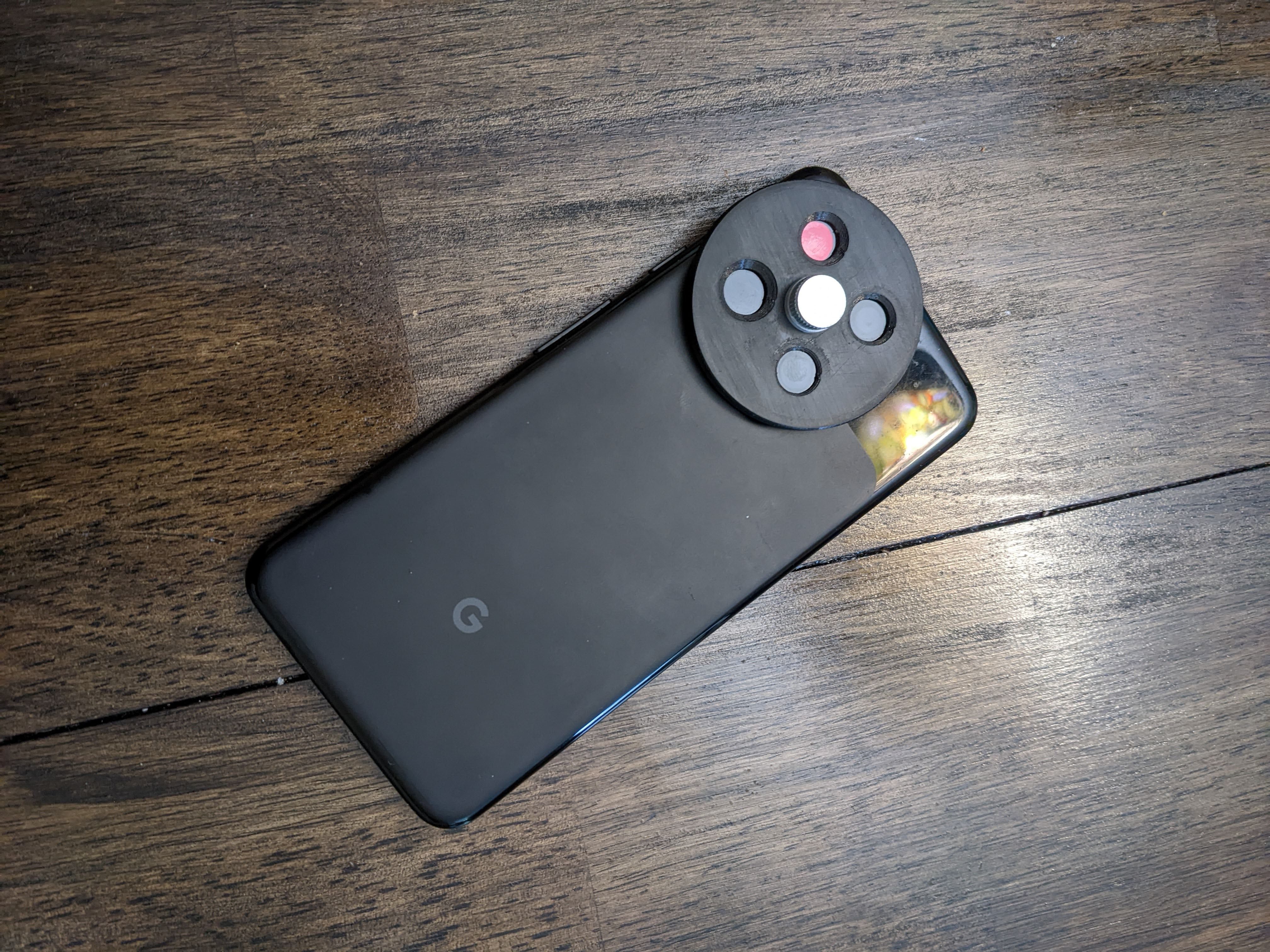 Multispectral imaging, or photography that uses wavelengths other than those of ordinary visible light, has various applications, ranging from Earth observation to detecting counterfeiting in art. For example, titanium white and lead white, two pigments used in different historical eras, look identical in visible light but have different characteristics in the UV range. Likewise, IR imaging can reveal the inner layers of a painting if the pigments used are transparent to IR.

Equipment for such a niche use is of course quite pricey, so [Sean Billups] decided to transform an older model smartphone into a portable multispectral camera, which can help him analyze works of art without breaking the bank. It uses the smartphone’s camera along with a filter wheel mount that allows it to capture different spectral ranges. [Sean] opted for a Google Pixel 3a, mainly because it is cheap, but also because it has a good image sensor and camera software. However, adjusting the camera to allow for IR and UV imaging proved a bit of a challenge.

Image sensors are naturally sensitive to IR and UV, so cameras usually include a filter to block everything but visible light. Remove this filter from the Pixel’s camera [Sean] had to heat the camera module to soften the glue, carefully remove the lens, then glue a piece of plastic to the filter and pull it out once the glue had set. Perfecting this process took some trial and error, but when he managed to achieve a clear separation between camera and filter, it was just a matter of re-attaching the lens, assembling the phone and mounting the filter wheel on its back.

The 3D printed filter wheel has slots for four different filters, allowing for a variety of IR, UV and polarized light imaging modes. Embedded in the video below [Sean] shows how IR reflectography mode can help reveal the underdrawing in an oil painting. The system is designed to be expandable, and [Sean] has already looked at adding features such as IR and UV LEDs, magnifying lenses, and even additional sensors such as spectrometers.

We’ve seen a handful of multispectral imaging projects before; this drone-mounted system was a participant in the Hackaday Prize 2015, while this project contains an excellent introduction to UV imaging.