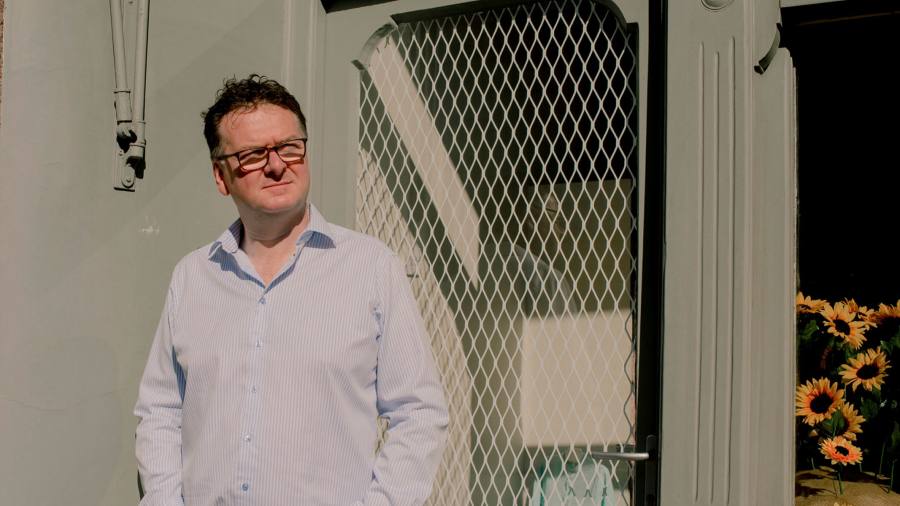 I moved to London in 1989 when I was 17 after deciding to work as a management trainee at Sainsbury’s rather than go to university in Scotland. I visited the city for years with my parents and brother during my childhood. Our parents loved London and had worked there in their previous lives, so they were thrilled to come back and show us their favorite galleries, theaters and, most importantly, eateries. One of my earliest memories of the city was the incredible energy and smell, especially the diesel from the trains coming into London from Edinburgh. Even today, when I arrive at King’s Cross station, I can still picture that distinct smell of my childhood.

On Windrush Day in June, I went to Thomas J Price’s sculpture in Hackney to celebrate the contribution of the Windrush generation and their descendants in the UK, which reminded me of my early visits to the city. That generation contributed so much to the London we know and love today, and it was so clear to me from an early age that I wanted to live somewhere that was a veritable melting pot of cultures.

My ideal weekend in London would start in East London. When I’m not at my friend (and food hero) Angela Hartnett’s house for breakfast, I’d meet her at St John Bread and Wine in Spitalfields, for an afternoon coffee and Eccles cakes with cheddar—a brunch combo I consider one of the best. great treats of life. I first went to the original restaurant, St John in Farringdon, with Margot Henderson and Trevor Gulliver over 20 years ago and it is still one of my favorite places to have lunch or dinner.

After a leisurely breakfast, a stroll through the nearby Columbia Road Flower Market is a must. It was originally set up as a food market in 1869, but now every Sunday between 8am and 2pm, dozens of local traders set up their roadside stalls to sell a wide variety of flora.

If I wasn’t too full from my previous fare, I’d head to the Beigel Shop on Brick Lane for what I believe are the best bagels in London. Unlike New York bagels, they’re made the traditional way (the secret to a perfect bagel is to cook the dough before baking) and they still taste just as delicious as the first I tried 30 years ago. I used to live in Enfield and then Rotherhithe, so a night out in Shoreditch was a regular occurrence for me and my friends. We often walked up Brick Lane and ordered a bagel for just 9 pence for the trip home.

Another non-food related place I like to visit in Shoreditch is Dennis Severs’ House, a beautiful hidden gem of a museum around the corner from Old Spitalfields Market. Usually you have to queue, because only a small number of people are allowed in at a time. Severs was an artist who lived in this house until he died in 1999. He created a ‘still life drama’ featuring an imagined family of Huguenot silk weavers with authentic 18th and 19th century artifacts. It looks like a theater set – everything is staged perfectly, but somehow feels like a real family home. In one room is a stall with a ceramic frame and dishes filled with marron glacés, Turkish delicacies and marzipan fruits, which he apparently liked to buy at Fortnum & Mason. It is always garnished with a whole candied pineapple. I’ve always found this to be a wonderfully charming detail.

From the museum I would take the Overground to Wapping to go to one of the oldest riverside pubs in London (and the setting of one of my very first London pub experiences): The Prospect of Whitby, which dates back to 1520. My father was a merchant navigator, and when he sailed to London in the 1950s and ’60s, he liked to stop by, and we often came for a pub lunch on our biennial tours of the city.

In its heyday, The Prospect of Whitby was frequented by historical figures and celebrities: Turner and Whistler both sketched views of the Thames from the pub, and Charles Dickens also dined there. In the 1950s, Princess Margaret was regularly spotted there with her royal escorts, chasing the shoulders of ordinary East Enders. I always enjoy visiting, thinking of how many different people have had the same view of the river for hundreds of years, and how it has been such a long pillar of the community.

Always thinking about my next meal, my last stop on the way home to Battersea would be picking up ingredients for Sunday lunch. When I’m in the mood for fish, I go to Rex Goldsmith, a fishmonger who’s lived in Chelsea for nearly 20 years. He used to sell fish straight from the counter to customers on the street (the shop was too small to actually let anyone in), and has since been upgraded to a full-fledged shop next door.

Here I like to buy something from the day boat – often Cornish monkfish – or a selection of the incredible range of prawns and prawns. One of my favorite times of the year to visit is May, when seagull eggs are available. They have a perfectly soft shell (not like a chicken egg), which you cook lightly and peel off gently to dip the egg in homemade mayonnaise and celery salt. This simple snack is one of the most joyful things you can eat.

Ewan Venters is the CEO of Hauser & Wirth and Artfarm, which is launching its first London hospitality business, The Audley, this fall

Share your perfect weekend in London in the comments

Cities with the FT

FT Globetrotter, our insider guide to some of the world’s greatest cities, offers expert advice on food and drink, sports, art and culture – and much more