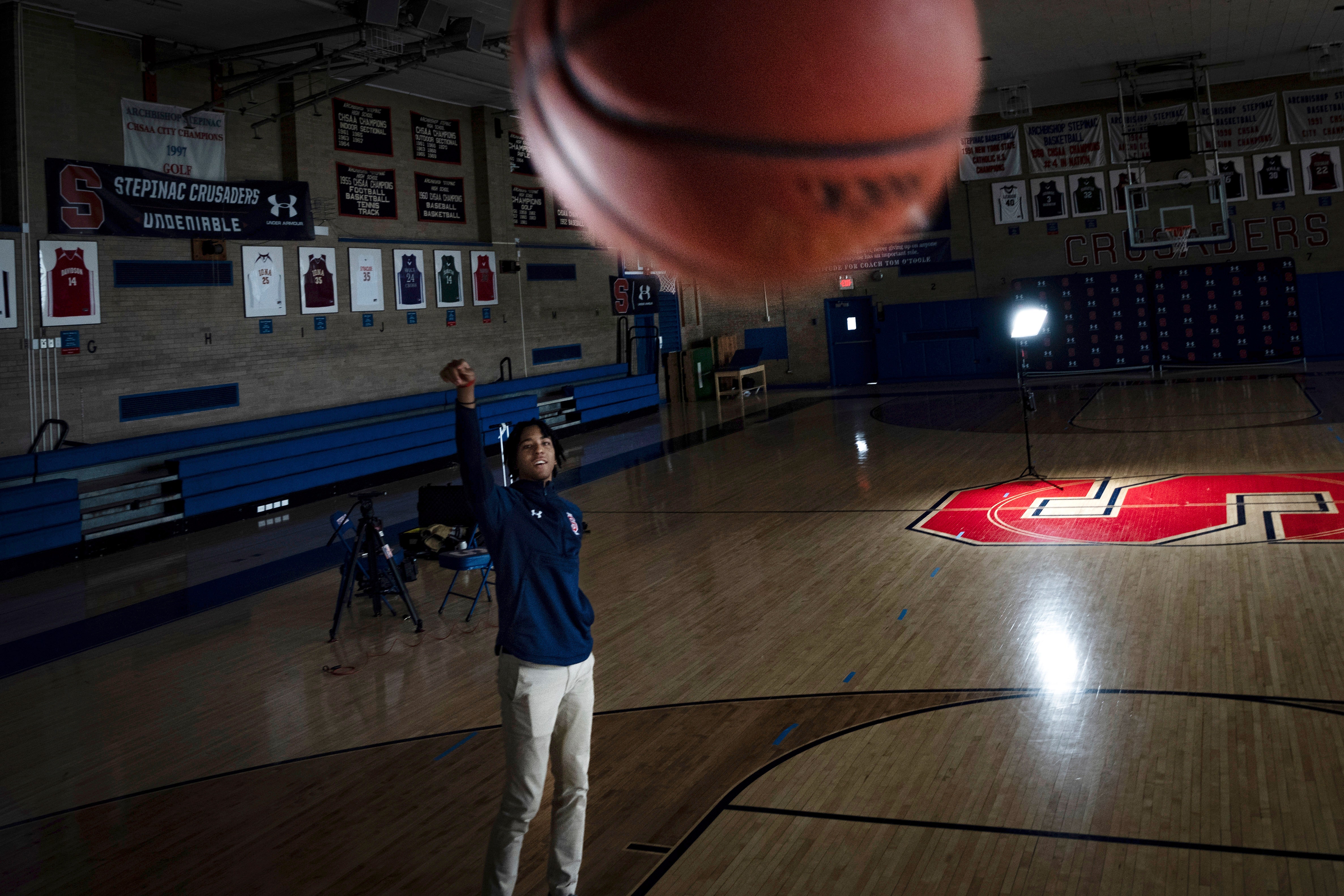 The contracts started trickling down to high school students after the NCAA announced last year that it would allow student athletes to earn money through NILs.

Currently, seven states have approved the contracts for prep athletes, while some other states are weighing whether the deals would hurt high school sports.

New York City basketball stars Ian Jackson and Johnuel “Boogie” Fland have taken advantage of their stardom. The two athletes ranked as top prospects for the 2024 recruiting class and will receive a percentage of sales on the products of a merchandise company that uses their likeness. They also get four-figure monthly checks to post about the brand on social media.

Jackson, 16, saves the money he earns from various deals to buy a house for his family.

“I want to take my family to a better place,” he said.

Johnuel “Boogie” Fland shoots hoops at the gymnasium of Archbishop Stepinac High School in White Plains, NY, Monday, May 2, 2022. Fland is among a growing number of high school athletes who have signed sponsorship deals to their name, image and li (AP Newsroom)

Fland also said he hopes to use the money he receives to help his family get better financially.

“It’s been a really big problem,” he said. “All the hard work is finally paying off.”

“I don’t think we’re going to see this much,” she said.

Niehoff also said high school “isn’t meant to be an opportunity to earn a living, and we hope it continues to be that way.”

The subject of NIL deals for high school students comes after a Supreme Court ruling last summer that said the NCAA cannot prohibit student-athletes from receiving education-related benefits. After that ruling, Alaska, California, Nebraska, New Jersey, New York, Louisiana, and Utah enacted laws or policies that allow high school students to be compensated for their likeness.