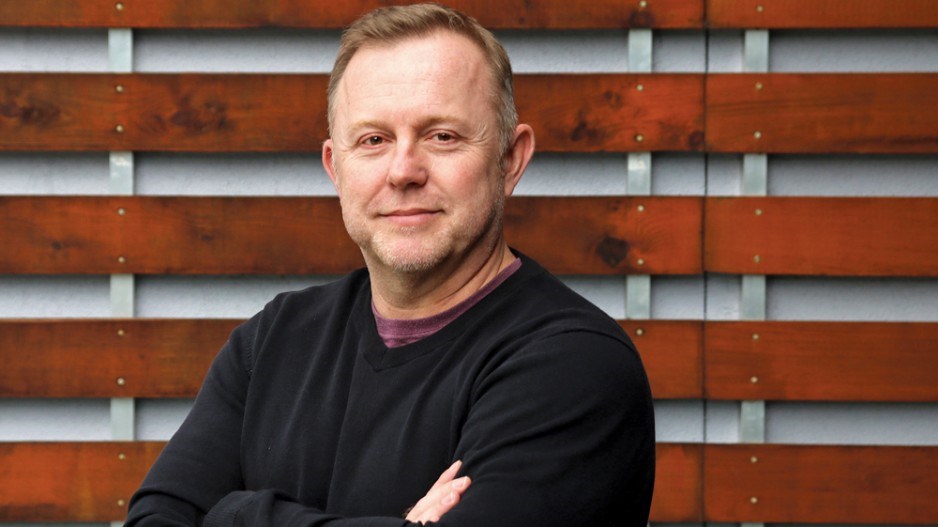 Vancouver has built a reputation as a city that can transform itself in everything from Pyongyang in The Interview to Mumbai in the Mission: Impossible franchise.

Now, new technological advances for the metaverse movie studios are calling on Vancouver to transform into just about anything imaginable.

“Vancouver’s makeup — sort of a blend of Hollywood North with the robust mixed reality cluster we have — we think it’s the ideal location,” said James Hursthouse, CEO of Departure Lounge Inc.

His BC company recently partnered with Los Angeles-based Metastage Inc., which will launch a facility at the Center for Digital Media along the Great Northern Way specializing in Microsoft Corp.’s volumetric recording technology.

Facilities equipped for volumetric shooting can deploy more than 100 cameras to photograph people and objects from multiple angles simultaneously before merging those images into a 3D display.

A movie extra can step into one of these facilities where their bodies are scanned and a 3D image of them can be inserted into the background of a bustling crowd in a hockey arena instead of needing hundreds of extras to fill the stands. Or scans of people and objects – also known as digital twins – can be used for gaming, VR or business applications such as training simulations.

The metaverse refers to an evolution of the internet, with immersive digital worlds taking the place of staring at 2D screens for everyday interactions like shopping or hanging out with friends. Put on VR glasses or hold a smartphone in front of them and users can chat in real time with their real estate agent as they explore a digital twin of a home on the market.

“More and more… we see human performance captured using the volumetric stage and then brought into television and film production in post[-production]said Hursthouse, whose company is expected to open the Metastage Canada facility by the summer.

Microsoft Corp. is on board with the effort, allowing Metastage to be the exclusive licensee of its volumetric capture technology in Western Canada.

Metastage has been implementing volumetric capture in Los Angeles, where Hollywood productions are using the technology, for just over three years now, and Hursthouse said the Vancouver joint venture has already received inquiries from companies looking to use it here.

According to the Canadian Media Producers Association (CMPA) Profile 2021 Profile 2021 report released earlier this month, the movie industry was worth $3.3 billion to BC’s economy in fiscal year 2020-21 – an increase of 13 percent from the previous year’s $2.9 billion.

Most of BC’s production activity has been centered on foreign services for Hollywood movies and TV shows, bringing in $2.7 billion. That’s 52 percent of all foreign service work done in Canada in the past year.

The film school launched a VR/AR design and development diploma program in April 2019, and students have worked on client projects that have tapped into virtual reality to train approximately 200 University of British Columbia medical students.

It has also recently partnered with Tesla Inc. for a training simulation for its automakers covering everything from operating equipment to assembling parts.

Beyond Capture Studios, which specializes in the same kind of motion-capture technology that brought The Lord of the Rings character Gollum to the big screen, is located on the VFS campus in Gastown, and Lim said students will use the company’s facility. as part of their learning process.

“A former production design instructor for our film program approached me to see if he could use some of the… [classes] in the program because he wanted to learn more,” she said. “There is certainly a need.”

Meanwhile, Hursthouse said Vancouver’s mix of gaming, animation and film expertise will continue to attract business partners who may only find in-depth knowledge in one or two of those sectors in other cities.

“All these things come together, and it really is the perfect storm for volumetric recording.” †