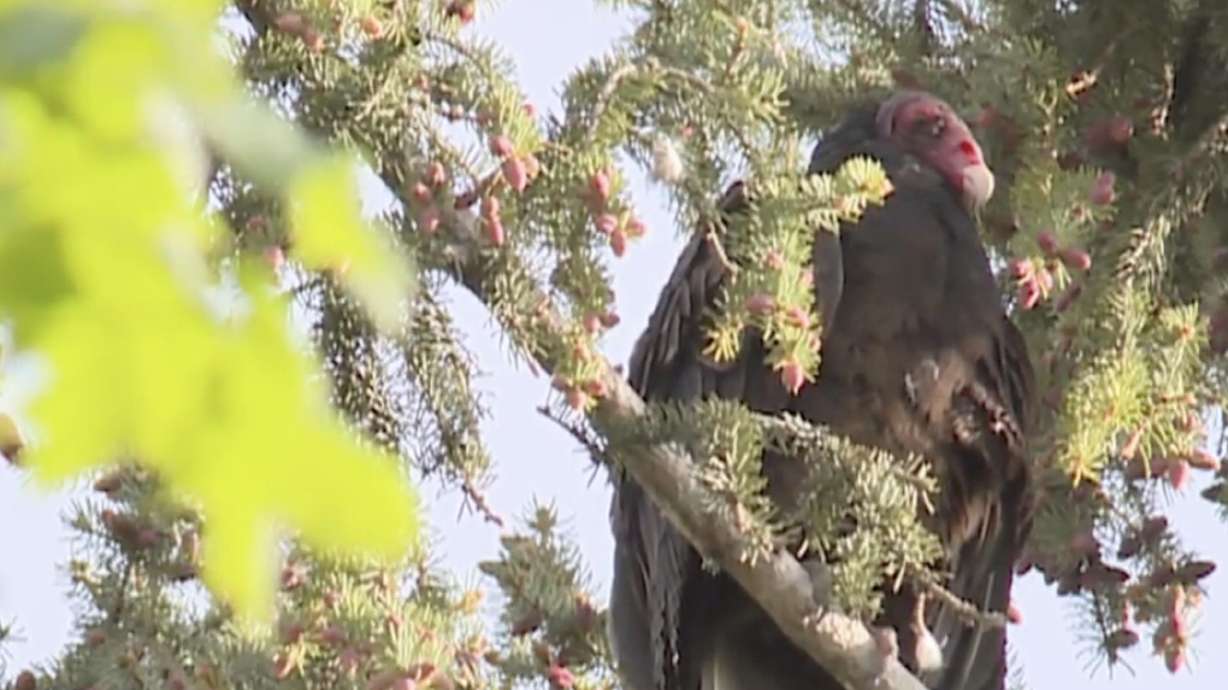 LOGAN – A Cache County homeowner who hopes a solution to a potential avian flu hazard in his backyard can be found while warning others of the potential risk.

Bruce Jorgensen said the turkey vultures that have lived in the tall trees behind his Logan house for more than a decade have always left quite a mess.

“They poop a lot,” he said with a shrug on Monday. “That was annoying, but this year it’s a biohazard.”

Jorgensen said he was already aware of an outbreak of bird flu when he found two of the birds dead on his property last week. He said the testing subsequently revealed that the deceased turkey vultures had the disease.

According to Jorgensen, conservationists and health officials warned him not to touch any of the birds and instructed him to reduce the risk on the property.

However, because turkey vultures are considered protected wildlife, under the jurisdiction of U.S. Fish and Wildlife, a spokesman for the Utah Division of Wildlife Resources confirmed that officers could not remove the birds and could only suggest how they might be able to get out of the trees. “blur” and occasionally help with that process.

He said he bought a few, including one that said, “I’m sorry,” and launched them into the trees to no avail.

“It’s just not viable to put a balloon that high in a forest and let it magically stay there to scare the birds,” Jorgensen said.

He estimated that as many as three dozen turkey vultures called the trees home. Although he routinely and carefully cleaned his backyard, much of the area under the trees was still heavily littered with bird droppings Monday night.

Since bird flu is often transmitted through feces, Jorgensen expressed concern about the ongoing health risk.

“Everywhere you look there’s poop stains and the smell of Clorox,” he said.

The Utah DWR guidelines stated that while the current form of bird flu posed a “low risk” to humans, it was still transmissible to humans, as evidenced by a recent case in Colorado.

The division urged people not to touch dead birds if they see them. If they see a bunch of dead birds — five or more — including waterfowl, shorebirds, wild turkeys, quail, raptors, and scavengers found near waterfowl habitats, those people should contact a local DWR office or 801-538- 4700 calls.

Additional guidelines from the Centers for Disease Control and Prevention contain more information about what to do to stay safe.

“My preference would be to euthanize them,” Jorgensen said. “I don’t know if you can come downtown Logan and shoot them.”

With the birds’ protected status, Jorgensen said he wasn’t sure what the solution was, but hoped one would come.

“Everywhere they are, they pollute,” Jorgensen said.