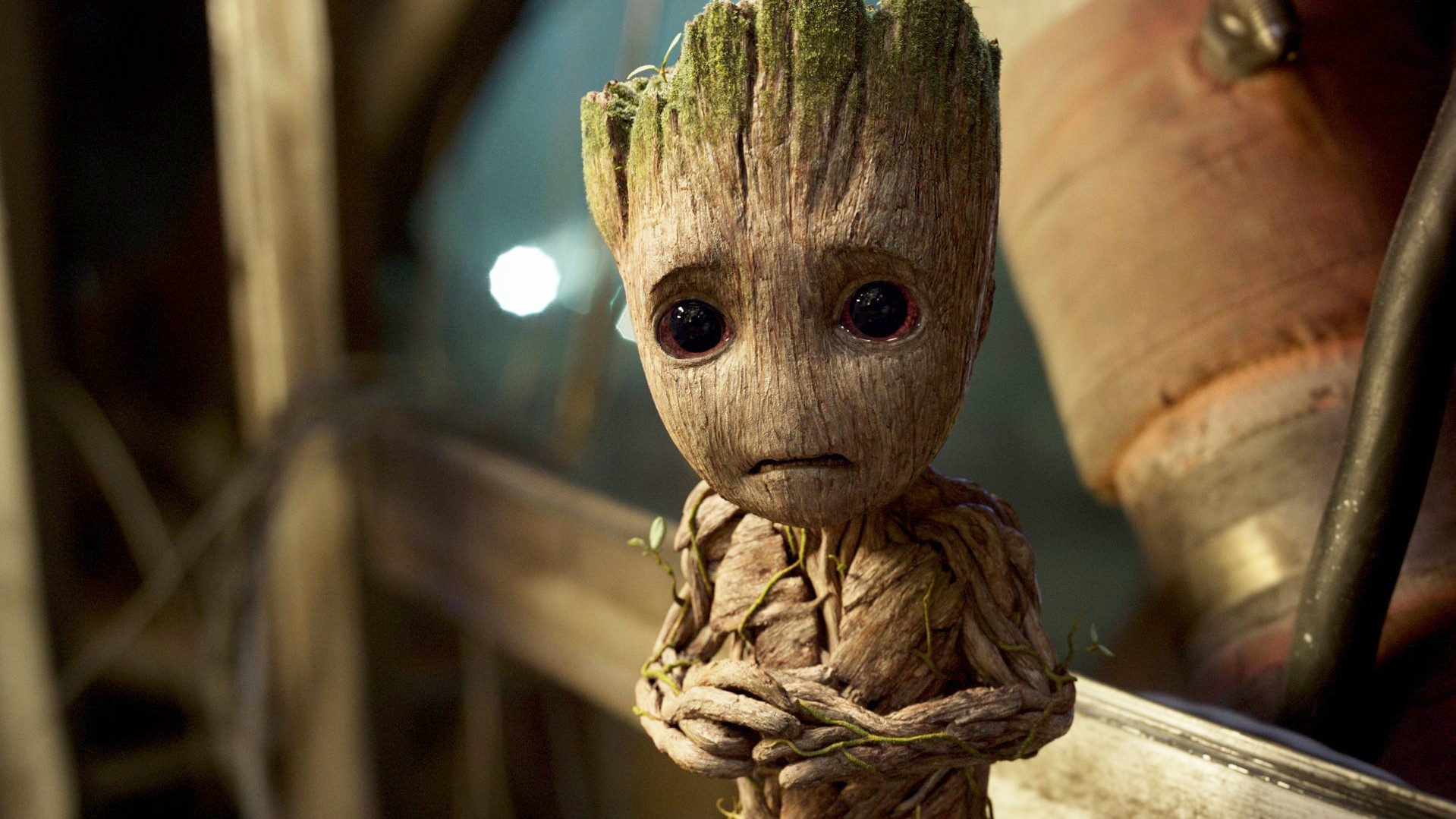 By Mark McKee | published 14 hours ago

Everyone loves a good confrontation. batman vs. Superman was a comic book powerhouse (albeit a movie disaster). Iron Man vs. Captain America shattered every heart in the Marvel Cinematic Universe. And the Avengers vs. Thanos broke the world box office. However, every confrontation doesn’t have to be about power versus strength or violence versus brutality. Sometimes a confrontation can be about which character is the cutest. In a shot across the Star Wars arc, Disney tries to lure the adorable Baby Yoda out with the new trailer for I am tall.

In Disney’s new trailer, the Marvel Cinematic Universe declares a war of adorable cuteness. Groot, the lovable twig and former tree of the Guardians of the Galaxy, gets his own spin-off from his friends. While it won’t be a six-episode treatment like other characters, it gives the teen from the woods five shorts in a collection. While many of the details of the series have yet to be revealed, I am tall trailer gives us a good idea of ​​what to expect.

The trailer sees the young character (still a twig in this version) strolling through an unnamed landscape until he encounters a group of small creatures that look like angry roly-poly’s arming themselves with gun turrets and catapults. There is a brief encounter that resembles Tokyo firing at Godzilla before a leaf falls in front of them, causing them to cheer and start to burn. All we can think is that from then on he will be some sort of omnipotent being for the roly-polys, giving them a thriving food supply. The I am tall trailer then reveals that fans can find out what happens on August 10 on Disney+.

Disney is no stranger to cute characters. They made their fortune with dear friends that kids grow up with, from their animated movies to their Disney channel specials. Once the powerhouse took over Star Wars and Marvel, it was only a matter of time before the two were inundated with lovable characters of Disney’s caliber. Enter Baby Yoda (aka Grogu) and Groot. But what makes Groot cuter? Nothing really, but Grogu has spent his entire time as a side character in a much darker series with a more mature theme, The Mandalorian. The I am tall trailer promises a full five shorts of just Groot. There will be no distraction from an armored bounty hunter or, even more terrifying, Werner Herzog. Disney also announced the series on Twitter with a poster. The image sees Groot reclining in a tree (maybe an ancestor?) surrounded by an assortment of furry/winged/leafed friends.

In the new world of spin-offs that are constantly streamed, almost all of them are more in-depth character studies of dark elements of characters in the Marvel Cinematic Universe or the Star Wars Extended Universe. The I am tall trailer offers a refreshing change of pace by giving us a carefree Groot, coming into his own and learning what it means to be a tree. The cast so far only mentions Vin Diesel returning with his expanded vocabulary.