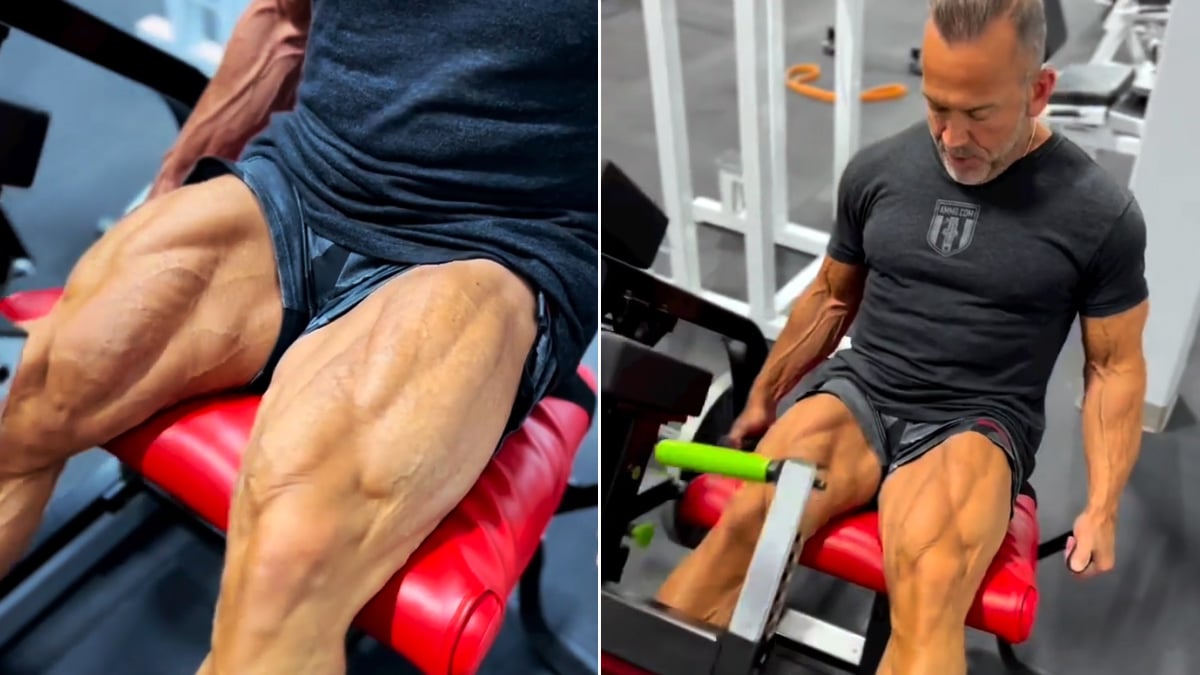 Lee Labrada is no stranger to high-level performances. A veteran of the sport, Labrada managed to compete and finish in the top four at Olympia for seven straight years. He has pushed some of the best bodybuilders in the history of the sport, such as eight-time Mr. Olympia Lee Haney and six-time Olympia winner Dorian Yates.

During his retirement, Labrada became the CEO of labrada nutrition. Given the remarkable consistency that Labrada maintained for most of his career, the veteran routinely shares some of the methods that helped him find that success. The bodybuilder said he was able to maintain an incredible physique well over 50 by approaching his diet in a very calculated way.

In a recent Instagram post, Labrada showed off his jacked quads while demonstrating a range of leg extensions.

“62 years young and I keep climbing, by the grace of God. Training then revitalizes. I like the energy in the gym. Every day is a new day, an opportunity to get better. Win the day! @hunterlabrada Hope you enjoy the new song Keep on Climbing from my band’s new release, listen to it on Spotify,” wrote Lee Labrada.

Labrada and bodybuilding go hand in hand. Labrada’s son, Hunter Labrada, is an Open class competitor who finished fifth at Olympia 2021 last year. He plans to finish even higher when he takes on all the newcomers in December.

Lee Labrada has made an effort to help newer talent in the sport. The veteran who linked up with up-and-coming Classic Physique star Terrence Ruffin last year and the two practiced posing together. One of Lee’s biggest pieces of advice to Ruffin was that bodybuilders should be fully aware of their strengths and weaknesses while performing on stage. Lee also emphasized the need to be comfortable and strong when hitting mandatory poses.

Despite some of the dangers in the sport, Lee Labrada has shown that longevity can be achieved with discipline and a good diet. He credits the sport of bodybuilding for helping him maintain such a chiseled physique. He even said that “bodybuilding is the closest thing to the fountain of youth.”

Bodybuilding legend and seven-time Mr. Olympia Arnold Schwarzenegger recently took the opposite stance regarding the sport. He believes bodybuilding is getting “very dangerous” and sometimes kills people, especially when it comes to Men’s Open competitors who he says add too much size.

Lee Labrada has not competed since 1995. Despite this, he never misses an opportunity to train with his son Hunter or pose for demonstrations. Last year, the two met and picked up the pace with a brutal quad workout.

Throughout his later years, Labrada kept fans informed about his health and physique. He has shared updates at the ages of 60 and 61, proving that his ability to stay conditioned is one of his greatest qualities as an athlete.

Given some of the dangers present in the sport, Lee Labrada and his knowledge of bodybuilding are undoubtedly huge assets for Olympia contender Hunter Labrada. After showing off the insane development of his quads at age 62, Labrada remains committed to the “fountain of youth” he calls bodybuilding.