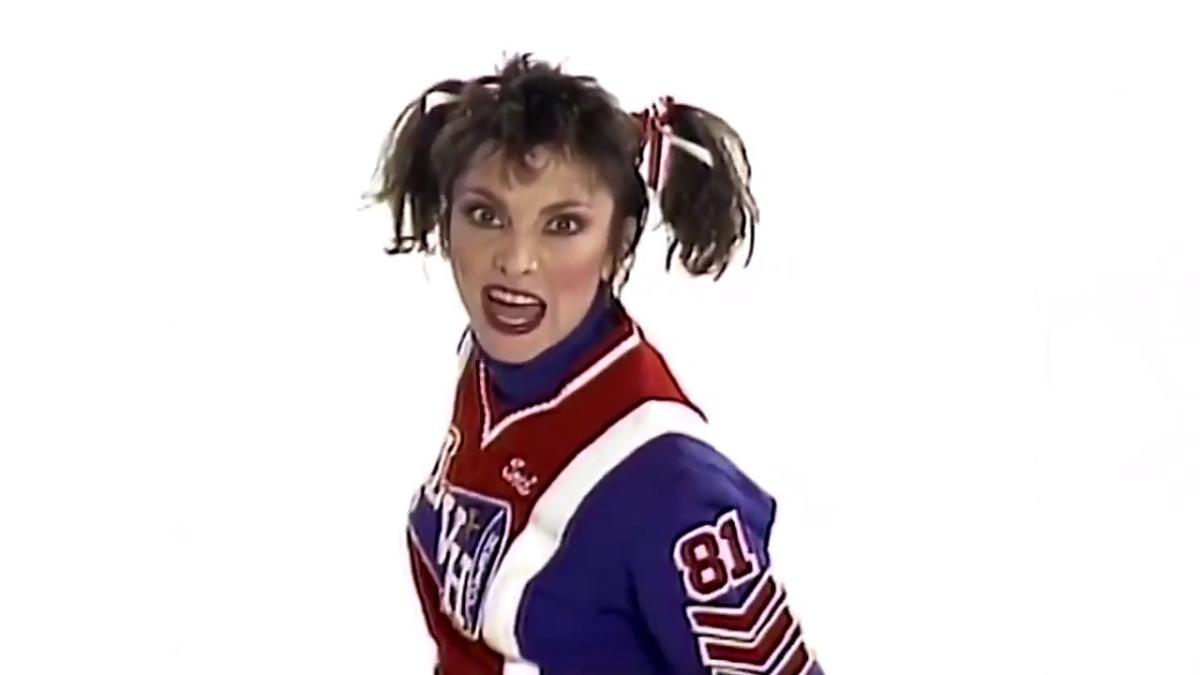 Toni Basil was already a 38-year showbiz veteran when her bouncy hit “Mickey” was released in the US in May 1982, and in many ways the song was just a blip on her staggeringly long resume. Antonia Basilotta, the daughter of a vaudevillian acrobat/comedienne and a Vegas orchestra leader, had literally grown up watching the likes of Nat King Cole, Josephine Baker, Judy Garland and Frank Sinatra from the stage wings of the Sahara Hotel in the 1950s and 60s. By the time the ’80s and her Devo-assisted debut album word from Mouth came, she had danced and/or choreographed for Shindig!† The TAMI show† long live Vegasthe Monkees head to film American Graffiti† traded in Easy Rider and Five easy pieces† David Bowie’s choreography Diamond Dogs tour and the music videos “Once in a Lifetime” and “Crosseyed & Painless” by Talking Heads; and founded/led the pioneering street dance group the Lockers (who once toured with Frank Sinatra).

But for all those impressive credits, many fans will forever know Basil from “Mickey,” one of the greatest one-hit wonders of the ’80s, or possibly of all time. “Mickey” was actually a remake of the 1979 single “Kitty” by British glampop group Racey, written by famed power pop production duo Mike Chapman and Nicky Chinn. But the track was not a hit until Basil added that catchy and iconic “Oh Mickey, you’re so fine” pep squad song — inspired by her own cheerleading days at Las Vegas High — and slipped back into her old high school uniform for “Mickey’s” low- budget yet Grammy-nominated music video, an early MTV staple that she conceived, directed, produced and choreographed herself. (Basil still owns the video’s storyboard.) However, it took Basil 40 years to get the rights to “Mickey.”

In January 2020, Basil released a new recording of her signature song titled “Hey Mickey”, “Recut from the Beginning”, featuring “one of the original Dorsey High cheerleaders who originally did the song in the first place”, because, as she tells Yahoo Entertainment/SiriusXM Volume, “I really thought I should stand my ground and get paid for it.” But last week, after a nearly ten-year legal battle and Basil claimed never to have profited from the single, the U.S. Court of Appeals to the 9th Circuit Court ruled that the now 78-year-old artist is the sole owner of the single. recording copyright for “Mickey” and Mouth to mouth† “There is strong evidence that artistic control rested solely with Basilotta, not with the record company or – by extension – [record producer Greg] Mathieson,” the judges wrote. “Basilotta mostly seems to have had the creative control, selecting songs and instrumental musicians, coming up with the creative concepts for the recordings and even helping Mathieson mix the master tapes.”

Basil made her recording debut in 1966 with the title song for Bruce Conner’s short art film Break away (which many pop scholars consider to be one of the first music videos), but then, as she explains to Yahoo/SiriusXM, her “career took a different turn” with choreography and acting. But 10 years later she sang the jazz song “Wham Rebop Boom Bam” on both Saturday night Live season 1 and The Merv Griffin Showwhich led to sold-out shows at the Sunset Strip’s Roxy club and renewed interest in her as a potential pop star.

“Suddenly this European company wanted me to make videos,” Basil recalls. “They said, ‘We need you to make some videos because that’s how we sell and promote records in Europe.’ This was pre-MTV, but I’d had a really underground movie career, and I’d had a career in mainstream TV.” Initially signed to British record label Radialchoice in 1981, Basil “started looking for songs”, but she initially passed on “Kitty” because, she says, “it was too cute for me.”

But Basil always thought of the bigger picture, and she’d always had the idea of ​​incorporating cheerleading chants into her act. “I remembered on the basketball courts” [in high school]how special it was when we cheered and stamped and clapped; I loved it. And in the Lockers we did the same thing: we did rhythm and stomp and clap. One night at the Roxy with the Lockers, we opened up to Cheech & Chong, and I kept thinking, ‘Wow, this [stomping sound] is a record. This is a Mention,'” she explains. “I couldn’t figure it out” how to use it, but when I got this opportunity years later, I thought, ‘I’m going to write a cheerleader song!’”

After an attempt to create a cheerleader anthem with songwriting great Allee Willis failed, Basil went “going to cheerleading competitions” for extra inspiration. “And wow, the cheerleaders were really different in 1979, ’80s than when I was cheerleading in 1959 and ’60! I thought, ‘Man, this is’ funky† And I changed the name of the song from ‘Kitty’ to ‘Mickey’, and all of a sudden we had a chant coming on the front of a song.”

Incredibly, those in power at Radialchoice were not convinced. “The record company thought it was a terrible idea,” Basil chuckles. “My manager thought it was a terrible idea. Nobody thought it was a good idea. Nobody really knew what to do with it. But what is a record company all about? England going to know? When I say ‘I’m going to put a cheerleader chant on this song’ they don’t even do it know cheerleaders! There was no such thing there! So I said, ‘Look, I’m going to put’ [the chant] am working on it. I’m working on a video. And if it ever becomes a single, stop the singing – er, that’s a joke. Don’t take away the song†

Fortunately for Basil, she “just flew by the seat of my pants”, while Radialchoice “just left me to my own devices. The record company was in England and they barely showed up. They sent me money and said, ‘Have fun, man.’ Basil shot the video “Mickey” with the championship team at Carson High School in Los Angeles, and when the American record label Chrysalis signed it and released “Mickey” in 1982, the chants remained intact – and it was “the right song on the right time.” Basil “came in armed and dangerous with a video ready to go” for a growing cable network called MTV, and “Mickey” eventually went to No. 1 and sold double platinum in the US.

“That video was nothing like anyone had ever seen,” Basil emphasizes. “People had seen jazz dancers and go-go dancers when the ’60s happened, but no one ever saw real cheerleaders — and they goods real cheerleaders. … I used the real thing. I used real street dancers, real cheerleaders – real, real, real, authentic, authentic. It’s organic, and it grabs you, and I think that’s so damn important. So people saw a style of cheerleading that they had never seen on TV before. The video was pretty groundbreaking. I mixed cheerleading with locking and a little boogaloo.”

While Basil (whose more recent credits include choreographies for the films) That what you do!† My best friend’s wedding† legal blondeand Quentin Tarantino’s Once upon a time in Hollywood) says, “Which later turned it into a really ugly thing,” while dealing with “a lot of legalities” that now thankfully seem to have finally been resolved, insists: “Let me tell you, I’m so glad I did. it all. All of it. It was a happy recording. It was a pleasure to do that [Word of Mouth] videos. Again, everyone left me alone, and I had to do my job. And my work is out there. They say you can’t take it with you, but the bottom line is: Yesyou can: You leave your videos and your work, and it’s all there.”

The above interview is taken from Toni Basil’s archived two-part appearance on the SiriusXM show “Volume West”. The full audio of those conversations is available in the SiriusXM app.

• Joan Jett talks about fear, ‘armor’ and why ‘rock and roll playing girls… are naturally sexual’

• ‘Head’ trip: how the Monkees and Jack Nicholson shattered the 4th wall and the Hollywood mold 50 years ago