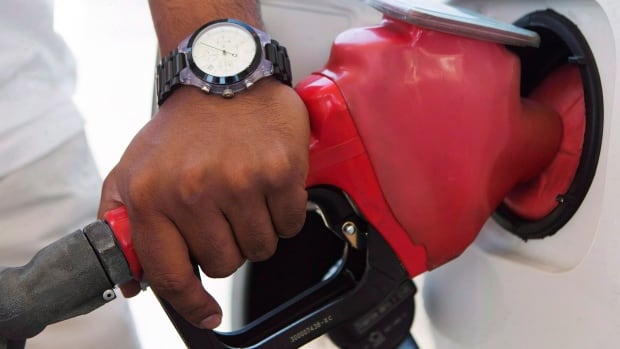 Louise Pasko doesn’t drive that much these days.

The downtown Toronto resident says she has been forced to park her car and walk to some places as gasoline prices hit new highs in recent weeks, exceeding $2 a liter in several places.

“I think it’s ridiculous. I have to go up north every weekend and it costs me a fortune,” Pasko told CBC News.

“I don’t drive much, actually – I try not to drive. Because I live in the center I can walk to most places, but in the summer I go north, so it costs me a lot of money,” Pasko added to. †

Canadians for Affordable Energy president Dan McTeague says gas prices in the Greater Toronto Area rose 5 cents a liter to $2.07 on Friday, as well as 5 cents on Saturday and another 5 cents on Sunday.

No relief in sight

†[Memorial Day long weekend is] their official kickoff for the summer season, so I don’t see any relief in sight,” he told CBC News.

Meanwhile, McTeague believes the high gas prices will force some people to pull out of any road trips they planned for the weekend of May 24.

“I think it’s just the other stuff, the frills in between, maybe stopping by to grab a burger somewhere or maybe staying overnight in a hotel. That’s playing a big part now.”

“If you budget 78 cents extra per liter and of course you use 50 liters of gas, that’s 40 dollars extra, so that’s the cost of a meal on the road.”

Barry Brooks is debating whether to take summer road trips this year.

“Traveling with this gas price, you really have to limit yourself because it’s so expensive,” the Torontonian told CBC News.

Like Pasko, Brooks says he will drive a lot less.

“I try to limit my driving, use the TTC as much as possible and cycle around town and limit my trips outside the city due to the gas price,” he said.

“I limit my driving as much as I can, but of course, you know, for certain times you need your vehicle, so there are only so many restrictions you can do about it.”

It is not yet clear whether the high gas prices will cause large numbers of people to miss out on the provincial government’s staycation tax credit.

The credit, announced on Nov. 4, aims to boost local commerce by offering people who book an overnight stay in Ontario in 2022 a 20 percent reimbursement on lodging costs up to $1,000 per person or $2,000 per family.