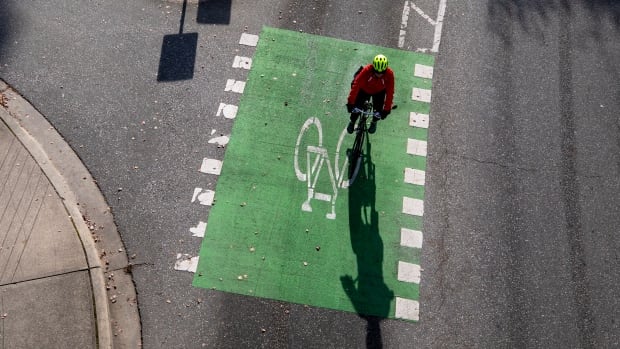 ICBC is reverting to a policy of billing cyclists, pedestrians and other active transport users for vehicle damage in collisions for which they were partially responsible.

The changes come after Vancouver cyclist Ben Bolliger went public with his story of receiving a $3,700 bill for damage to a car’s hood and windshield after being hit at an intersection.

Last summer’s crash sent Bolliger to hospital, breaking the front of his bike and destroying his helmet and phone. He says he’s now coming to terms with the fact that he’ll never get full range of motion with his right hand.

In the announcement made Wednesday, the insurer said it will no longer send repair bills to cyclists or pedestrians who sustain catastrophic injuries, considered 50/50 liability by ICBC because there isn’t enough evidence to determine what happened. or when there has been a fatality.

When a cyclist or pedestrian has suffered a non-serious injury, ICBC said the matter will be carefully considered by a committee of experts.

“Our new care-based model is only a year old and we will continue to look for ways to improve the way we deliver Enhanced Care to British Columbians,” ICBC CEO Nicolas Jimenez said in a written statement.

The company also said it recently received a final police report on Bolliger’s crash, leading to a change in ICBC’s liability decision. It now holds the driver 100 percent responsible for the crash.

“Mr Bolliger is therefore not responsible for any damages or costs and will be fully reimbursed for damage to his bicycle and other items,” the statement said.

Bolliger said the announcement was a “huge burden” off his shoulders.

“It feels good,” he said. “When I got that letter in March, it was just so ridiculous that this somehow corresponds to how ICBC worked at the time.”

Bolliger says it’s a surreal feeling to be at the center of the story and his case is leading to a policy change at ICBC.

“Let’s face it, a lot of really good work has been done by a lot of other people. Coincidentally I was hit by a car and I tweeted about it when I got a ridiculous bill from ICBC,” he said, the name of the BC Cycling Coalition and HUB.

Bolliger says he still has issues with the way ICBC has handled his case and others like it.

He says he would like injured people to have faster and easier access to lost work compensation, saying it was not right that he should first exhaust employer-paid sick leave and apply for employment medical insurance before ICBC would pay.

“It was a very challenging experience,” he said. “The longer I am in the ICBC process and dealing with issues with my claim, the longer I am not really focused on my own recovery and getting better.”