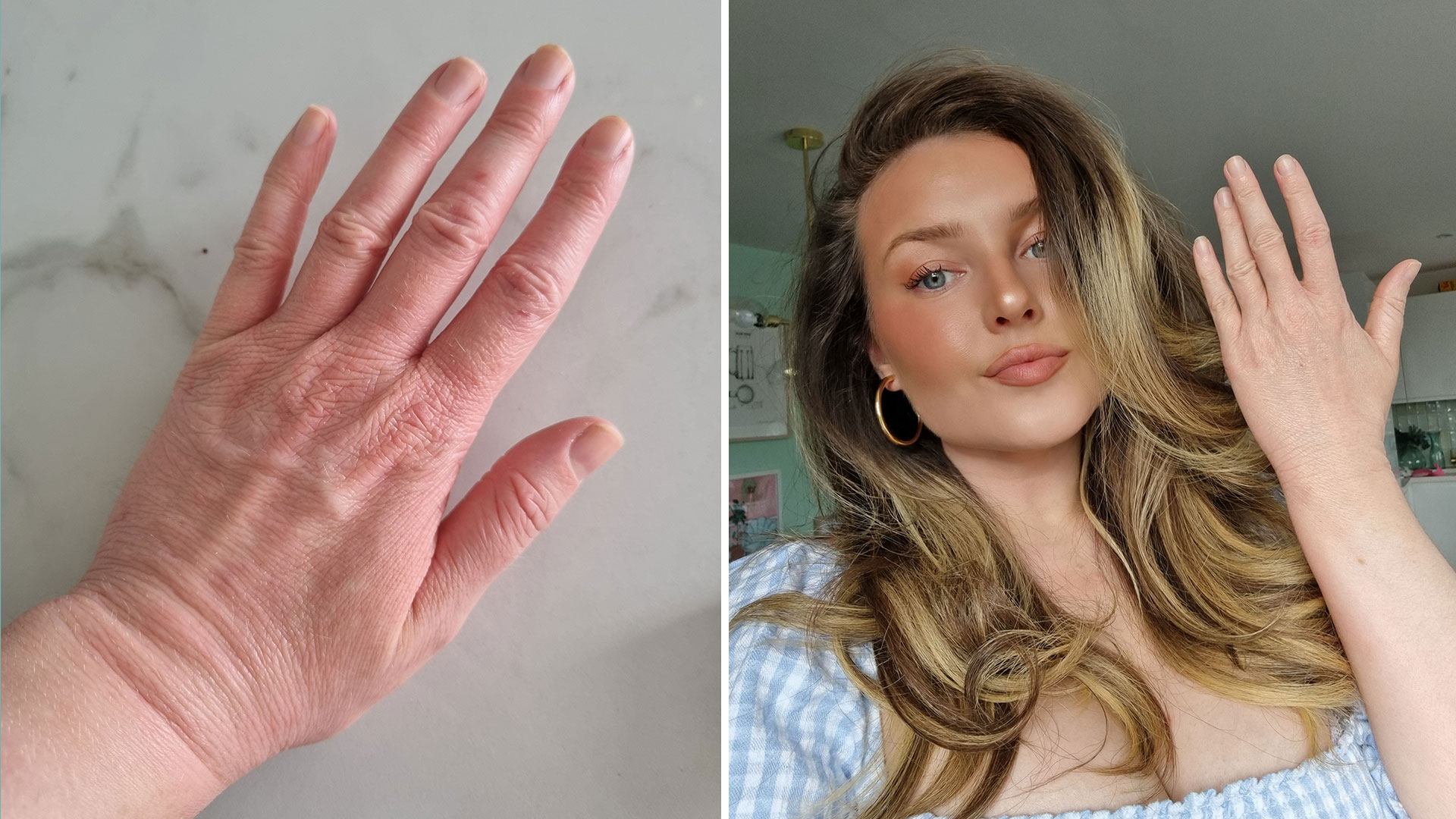 A WOMAN has been teased for having “grandma hands” despite being 28 years old.

But there’s a reason Lauren Bell’s skin looks aged — and many others have had the same problem.

The business owner, from Swansea, West Glamorgan, Wales, said: “When I was in school I was called ‘grandma hands’.

“I’ve always been a spirited person, I’ve never been bullied, it was water off a duck’s back, I didn’t feel too bad.

“But you do get people’s comments – ‘why do your hands look so old?’

“I’m a designer and I work with my hands a lot. I was in workshops or doing group projects, and people were always saying, ‘Why do your hands look like this?'” 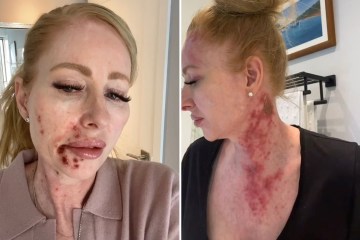 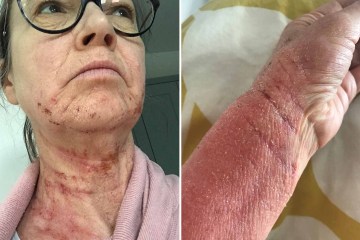 Lauren’s skin is parched from eczema and years of using steroid creams to relieve the symptoms.

One of the side effects of topical steroid creams listed by the NHS is thinning of the skin.

Lauren said, “I had eczema as a kid, so I’ve been using steroid creams for a very long time. I would use it on my hands and arms.

“As a child I used the steroid creams mildly, but for the past three to four years I used them every few weeks or so.

“If I stopped using them, my hands would flare up and I would be prescribed a stronger cream, which is the cycle most people get stuck in.

“Over the past few years I noticed that my skin was changing.

Lauren decided to stop using topical steroid creams that she said was “addicted.”

Some eczema patients turn their backs on their steroid creams after years of use because they find they don’t work as well.

Topical steroid withdrawal (TSW) can occur – when a person’s skin deteriorates significantly after throwing away the creams they’ve relied on for so long.

It is only slowly being recognized by public health authorities, including the MHRA and NHS, and is more common in people who have used the products for a long time.

Lauren said she’s noticed a “big difference” since she removed the steroid creams and took a more natural approach to her eczema.

She even started a company, Cosi Care, to help others with her chronic condition and TSW.

It sells scratching aids designed to relieve itching without breaking the skin — like fingernails do — preventing bleeding and infection.

There has been a lot of movement where people accept what their real skin looks like, be it eczema or acne

Lauren said: “I stopped using steroid cream about 16 months ago and I’ve noticed a huge difference.

“Sixteen months without using it my skin is pretty much back to normal except for my hands which have been affected by the thinning nature of the steroid creams.

“You can see the effect of premature aging, but that should reverse with time now that I don’t use the creams anymore.”

Lauren always covered her hands with long-sleeved tops to hide them.

But she has now embraced her “aged skin” and no longer feels like a “freak” for talking about it openly on TikTok.

Lauren said: “I shot the video on TikTok, I didn’t realize how many people are suffering with the exact same insecurity.

“I’ve had so many comments from people, especially young women, who said, ‘I never realized that’s why my hands look old’.

“It really gave me strength to do that and it was great that there were other people who shared the same insecurity because I always felt very alone in that.

“After starting Cosi Care, I’ve talked to so many people who have gone through topical steroid withdrawal and I realized that thousands of people are experiencing the same thing.

“I definitely embrace my hands now because I feel more accepted online.

“It’s like everyone has been hiding this very specific insecurity.

“Nobody really talks about old hands.

“It was really encouraging to bring it out and have people react like they have. It made me feel like I’m not a freak.

“There’s been a lot of movement where people accept what their real skin looks like, whether it’s eczema or acne.

“Three years ago you would never have seen me make a video about my hands. That would be my idea of ​​a nightmare, but I felt so much more comfortable and ready to do it.”

Now Lauren is trying to help others manage their eczema with the Cosi Care Scratch Star and Scratch Attack Roller, which can be kept in the freezer.

Lauren said: “As a kid, my dad used ice and cool washcloths to cool down my eczema.

“So through Cosi Care, I’ve put all of this into one product that looks like a toy so kids can use it to relieve itching.

“It has a cooling texture and doesn’t have the harmful effects that scratches would have.”