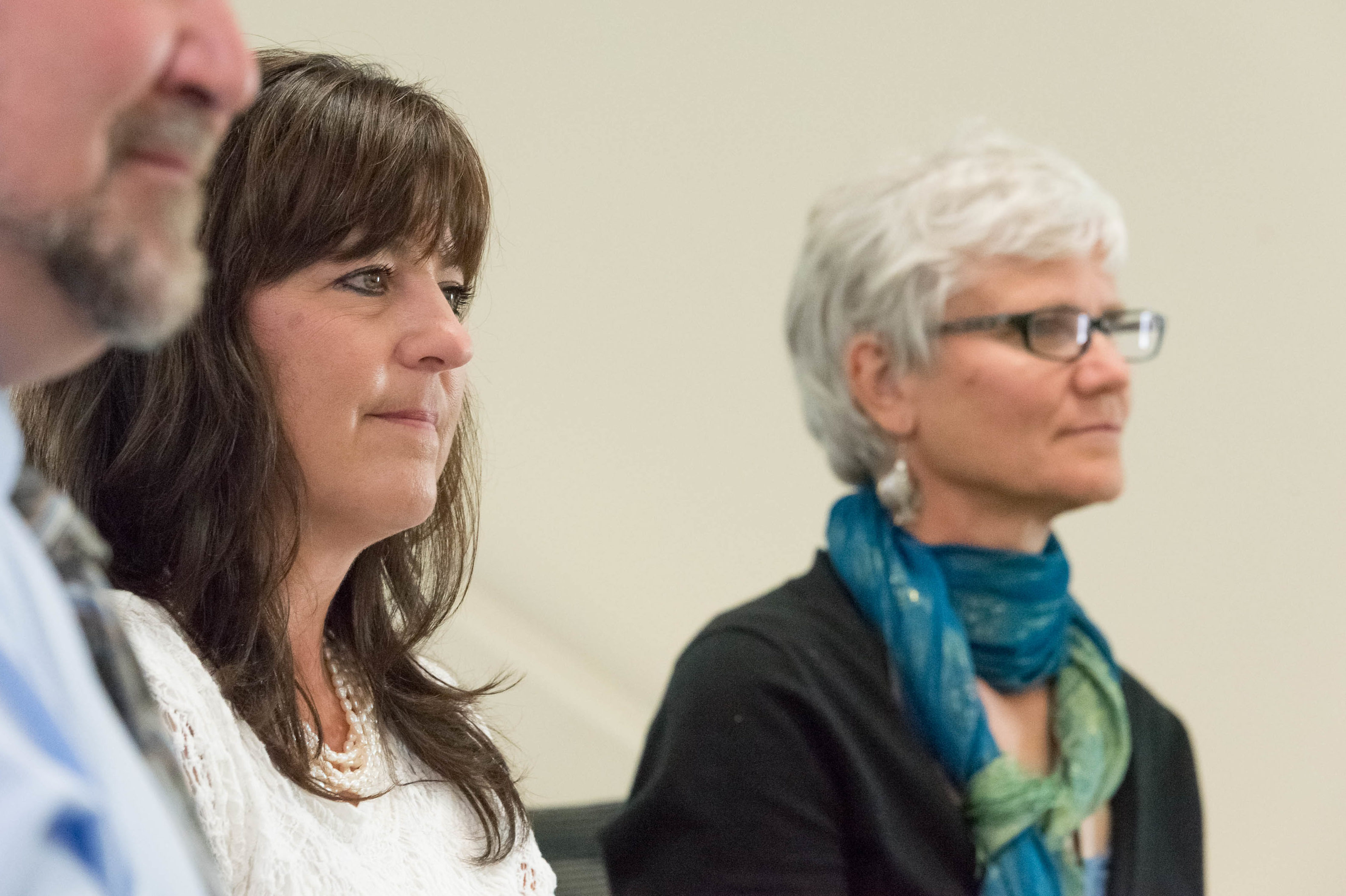 Since March, three books in the Canaan School library have become the center of controversy.

The Books – “How to Be Ace: A Memoir of Growing Up Asexual”, by Rebecca Burgess; “A quick and easy guide to queer and trans identities”, by Mady G and Jules Zuckerberg; and “Heather Has Two Mommies,” by Lesléa Newman and Laura Cornell — are all about issues of sexuality and gender identity.

In recent weeks, a group of parents and community members have been trying to remove them from the kindergarten library, citing what they consider to be sexual material inappropriate for children.

Although the school board voted unanimously on Monday to keep the books in the library, it’s not clear whether the decision will end the controversy.

“I’m not comfortable with that (decision),” said Ashlie Lynch, a Canaan mother who spearheaded the effort to remove the three texts. “A lot of people are very concerned about them.”

LGBTQ+ themed books and events in schools have received a lot of attention recently amid a renewed focus from conservative politicians and media. Across the country, parents and community members have been pushing school districts to remove books on LGBTQ+ issues from school libraries.

That trend has been unfolding in Canaan for the past two months.

It started in late March, when Lynch filed complaints after her sixth-grade daughter sent her a photo of “A Quick & Easy Guide To Queer & Trans Identities.”

That book and the other two were not appropriate for students, Lynch said, saying the books’ colorful illustrations might appeal to children too young to understand the contents.

“I believe that sexual orientation should not be taught or promoted to students in a school setting,” she wrote in her complaint against “How to Be Ace.”

In an interview, Lynch said the complaint “isn’t that I’m against LGBTQ at all.”

“I’m not a monster,” she said. “I’m just a mom who thinks such things should be discussed at home.”

In response to her complaint, school boards formed a committee of teachers, parents and administrators to discuss the books, as required by school rules.

The committee determined that “Heather Has Two Mommies” was appropriate for all age groups and that the “Quick & Easy Guide” should be kept in the high school section where it was originally located. However, “How to Be Ace” must be removed from the library until the school board can make a final decision, the committee said.

It was not clear why committee members viewed that book differently.

Karen Conroy, Superintendent of the Essex North Supervisory Union, disagreed with the “How to Be Ace” decision.

“My recommendation would be to keep the books available in our library to provide resources that are appropriate for the appropriate age group, regardless of their race, gender, ethnicity, language, disability, sexual orientation, family background, and/or household income,” said Conroy. . wrote to the board of the Canaan schools.

Lynch’s complaints, Conroy said in an interview, were the only ones she could remember from her nearly five-year tenure as Chief Inspector.

“I know it’s a national problem,” Conroy said. “And it was only a matter of time before it made its way to our small geographic location.”

On Monday night, the board sided with Conroy and voted unanimously to keep “How to Be Ace” and the “Quick & Easy Guide” in the high school section of the library.

Although the school library is shared by all classes, younger students normally have to apply to access the high school, Conroy said. School administrators have talked about changing the library layout to control which books are visible to which students.

“I think we just need to completely overhaul our internal procedures,” she said.

In an interview, Laurent Giroux, the school board president, cited data on high levels of suicidal ideation among LGBTQ+ youth.

“If we’re there to empower the students and the kids, and if this book can help a kid realize that what they’re going through isn’t abnormal,” he said, “it’s well worth it.”

But Lynch doesn’t think the battle for the books is over, she said, noting that she plans to write to her local newspaper, the News & Sentinel in Colebrook, New Hampshire, about the matter.

If you’d like to stay up to date with Vermont’s education news, sign up here to receive a weekly email with all of VTDigger’s reporting on higher education, early childhood programs, and K-12 education policies.