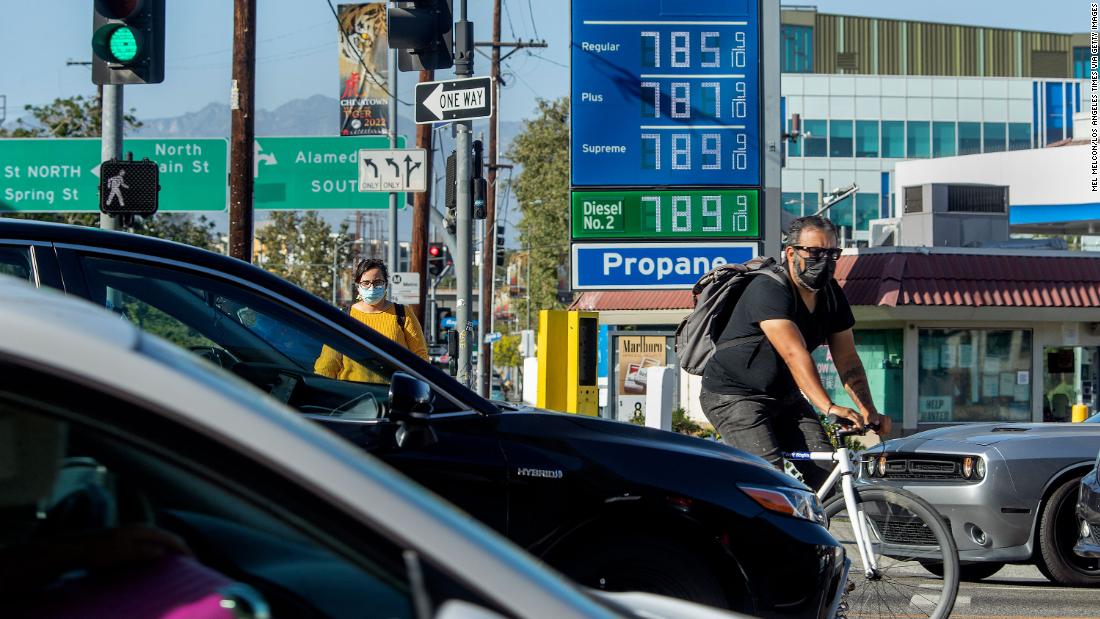 Record gas prices pushed inflation to 8.6% for the 12 months ended May, ahead of the April pace, according to the latest consumer price index, the government’s basic inflation measure.

The core CPI value, which excludes volatile food and energy prices, rose 6% over the same period, ahead of the level of the previous month. Both measurements are among the largest price increases consumers have experienced since 1981.

Energy prices were up 34.6% overall compared to a year ago, thanks to gas prices rising nearly 50% over the past year. AAA gas price tracking shows the price of a gallon of regular gas nationwide now at $4.99, after setting records in 31 of the past 32 days. So the June CPI report, due next month, is sure to show another big jump in gas prices.

And it’s not just energy that is driving prices up. Food prices rose 10.1%, the first double-digit increase since 1981. The shelter index, which measures rents and other housing costs, recorded a 5.5% increase, the largest 12-month increase since 1991.

Used car prices, which have shown signs of moderation with monthly declines over the past three months, rose again, pushing prices up 16.1% in the past 12 months. New car prices have increased by 12.6% over the same period. A shortage of computer chips has curbed production among automakers, and that limited invention is responsible for the rise in prices.

Strong demand for air travel at the start of the summer travel season is also driving airfares up, which jumped 12.6% monthly in May, the third month in a row from a monthly increase of more than 10%. In the past 12 months, airfares are up 37.8% and fares are 21.7% higher in May than in May 2019, before the pandemic nearly brought demand for air travel to a standstill.

The high rate of inflation means the Federal Reserve will almost certainly continue to aggressively raise interest rates when it meets next week.