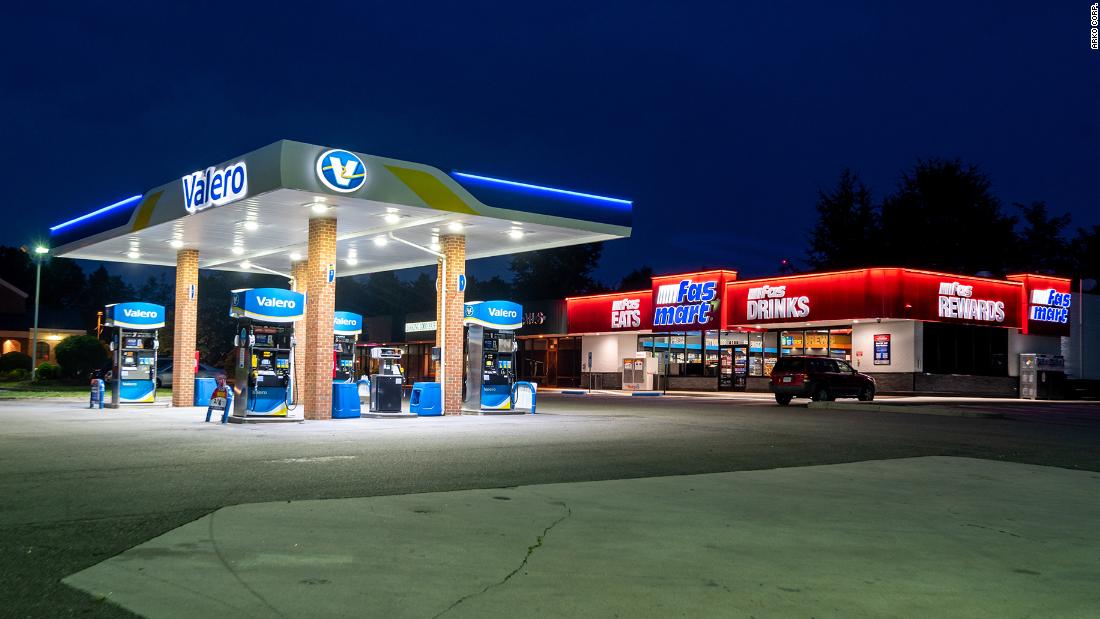 Convenience stores at gas stations are usually an ideal substitute for a supermarket if all you need is a case of water, a few bags of crisps, a carton of milk or a cup of coffee on the way home from work. This impulse buying behavior is a good barometer of consumer health at all times.

“The price of gasoline and everything is much higher, but people have to drive,” said Arie Kotler, president and CEO of Arko Corp, a grocery store operator. “They’re still coming to the pump, but they’re recalculating their road trips.”

He has noticed that two trends emerge during customer service station visits.

“Compared to the same time last year, people are coming to the pump more often, but instead of filling the tank completely, they are filling a half or a quarter tank at a time,” he said. “They are driving shorter and shorter distances.”

At the same time, consumers shop less often at the gas station supermarket. “But when they enter the store, they consolidate their purchases,” he said. “Instead of just buying one or two items, they’re doing a bigger basket of purchases, maybe for the whole week.”

With consumers becoming even more focused on pricing, Kotler said ARKO is recalibrating its offerings, services and promotions to try to keep prices low and sales high.

Likewise with drinks, he said two-litre bottles outperform smaller sizes, as do 12- and 15-pack cans.

Cheap coffee, takeout sandwiches and frozen pizzas are also hot-sellers among shoppers on a budget.

And since the beginning of the year, Kotler said, ARKO has added fully automated bean-to-cup coffee machines in more than 500 retail locations. “These are self-service and remove the labor costs for us. So we can sell hot and iced coffee for 99 cents,” he said.

The company has also invested in additional takeout coolers at more than 600 locations where shoppers can pick up sandwiches and frozen foods such as pizza, burgers and TV dinners.

“Our peanut butter and jelly sandwich is $1.29, ham and cheese is $3.99,” said Michael Bloom, the company’s chief marketing officer. “We are comparable to supermarket prices, but maybe $1 to $3 less.

Pizzas are typically among the most purchased items at gas station stores.

“A lot of people can’t afford to go to a restaurant right now. Our frozen family pizzas for $5.69 to $9.59 are a very popular item right now,” Kotler says.

In addition, he said stores are offering deals such as buy two, get one free and discounts on gas when customers sign up for the company’s loyalty program.

“All these savings are piling up for consumers,” Kotler said. “Every few months, we try to reinvent our stores to stay competitive, stay in business, and stay relevant to shoppers in this environment.”