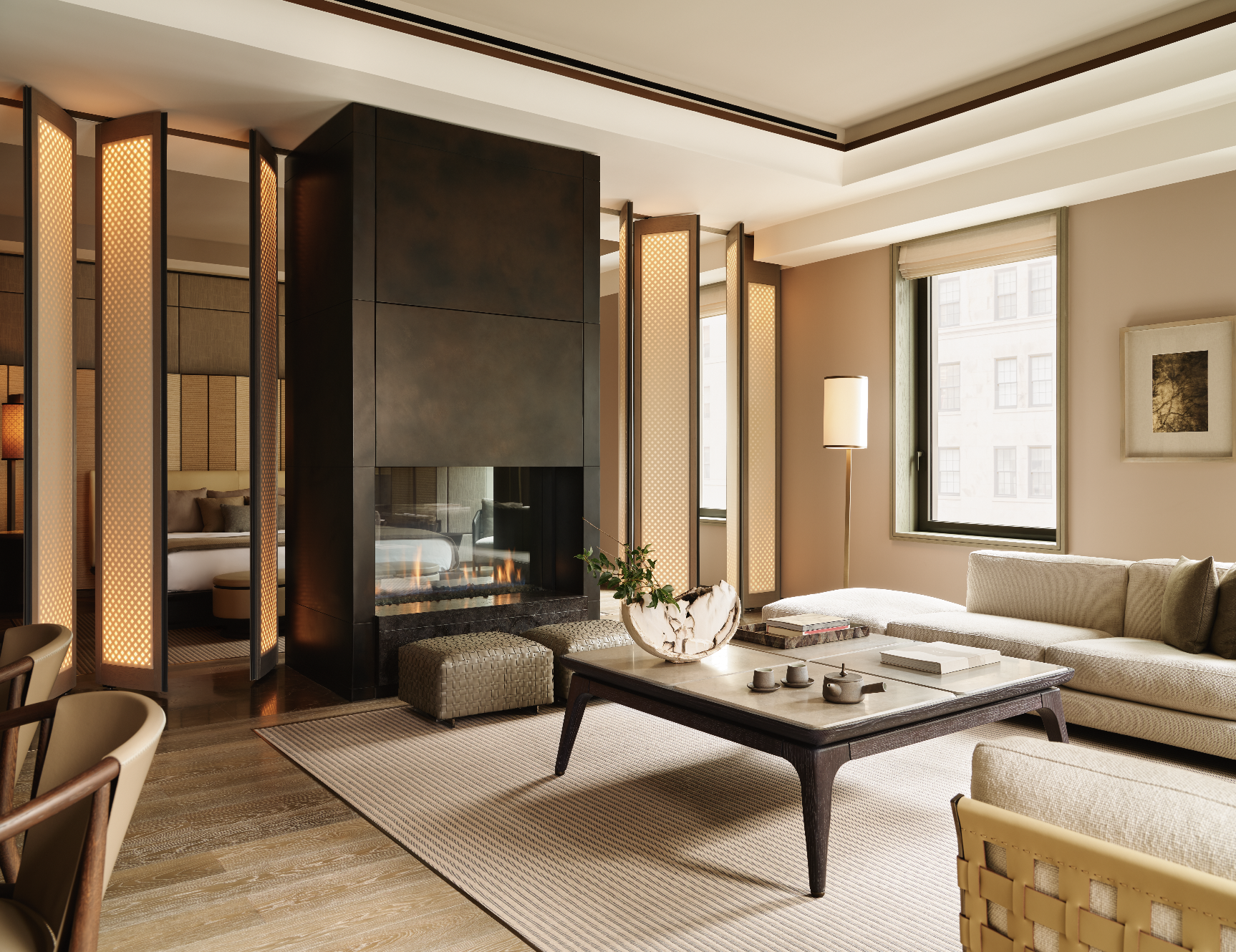 There is no shortage of chic hotels in New York, but a new one has quickly become the most sought-after reservation in the city.

With a total of 83 suites, Aman is a new hotel that just opened in the Crown Building at 750 Fifth Avenue off 57th Street, despite being halfway through construction.

There’s a lot to dissect here, starting at the price of each room – about $4,200 a night when looking at the most economical options.

The Aman spa deserves its own essay: The destination is spread over three floors and features a 20-foot indoor pool, ten treatment rooms, fitness facilities and two spa houses. According to an official press release, “These private [areas] include a spacious double treatment room, sauna and steam rooms complemented by hot and cold plunge pools and an outdoor deck with cabana, daybed and fireplace.”

You never really want to leave.

In addition to the hotel suites, those who want (and have infinite money) can also purchase 22 Aman-branded private residences on the top floors of the building. You can imagine how much that will cost you.

This is actually the third Aman hotel to open in the United States, the other two in Wyoming and Utah. Expect Aman Miami Beach to open in 2024 and Aman Beverly Hills in 2026. The ultra-luxury experience is clearly in demand.

Without further ado, check out some photos of what is considered the most expensive hotel in New York City: