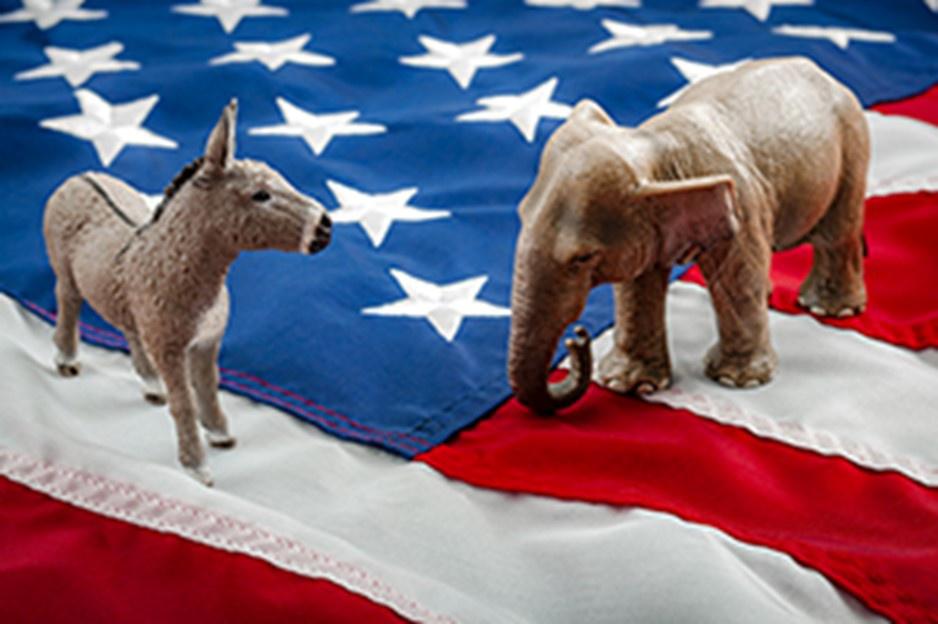 As an economist and market analyst, I try to avoid politics and focus on the facts. Nevertheless, I often get politically charged questions that are usually a variation of the following: X party in office, the country is doomed. How else can you say?” I’ve heard this in every presidential election, from George W. Bush to Joe Biden. But the truth is this: both the economy and the markets grew during all those administrations. Of course, everyone had their own challenges and problems. , but as a country we kept moving forward. Companies have found ways to grow and make money. Given this, is politics really a problem for the markets?

Either way, governance actually has very limited influence on the national economy and on the financial markets. If you look at a chart of the economy or of the markets and obscure the dates, you really can’t tell when your party was in charge. Likewise, if you look at economic and market performance under different permutations of which party is in charge, there are differences, but they are not consistent over time. Despite all the headlines and scaremongering, politics and governance don’t make a significant difference.

How can that be? Easy. Every president and every congress would like to have control, but they don’t. States push back. The Supreme Court withdraws. Municipalities are pushing back. It’s rare for something important to come through. And even when that is the case? The genius of the American system is that companies then make up their own minds about how to avoid it, if they don’t like it, and/or how to make money from it. For example, look at literally every tax bill that has ever been passed.

That is essentially the strength of the American system. When you say that Washington will derail the economy or the markets, you are saying that it really controls all shoppers and businesses, which is simply not true. It is certainly in the interest of politicians to exaggerate their power (to motivate their supporters) and to exaggerate the power of their opponents (again, to motivate their supporters). But the fact is that the US economy is powered by millions of profitable companies that will find ways to circumvent or take advantage of pretty much anything the politicians can do. Thank God.

Which doesn’t answer those who claim it’s different this time. That today’s problems are somehow worse than ever before. There is always a constituency for panic. But if you really believe that, if you really believe that Washington – from one side or the other – can derail the country, then you say that Washington is already in full control. I don’t see that when I look around me.

This too will pass

What I see is the same lively debate about policy that we have always had and the same back and forth that ultimately results in a reasonable solution. It may be louder now, but it’s still the same process.

One of my favorite quotes, from Winston Churchill, notes that you can always count on Americans doing the right thing when they’ve tried all the alternatives. I would argue that this is what is happening now and that despite the short term damage, which may be real, we will eventually move forward.