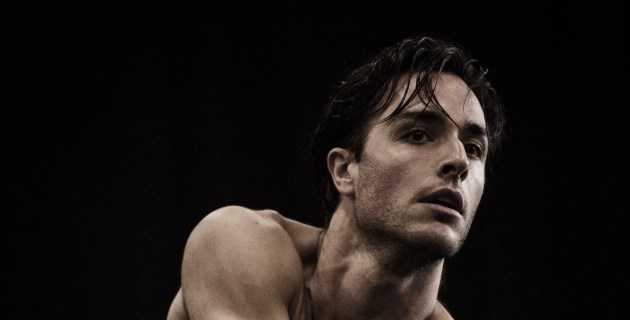 When SDC’s Sydney season of ab [intra] ends in June, one of the company’s most charismatic dancers will leave the stage. Geraldine Higginson overtakes him in the run-up to the opening.

It’s especially fitting that Davide Giovanne’s final performance with Sydney Dance Company has arrived ab [intra]† He created the spectacular (and unusually long) duet in the work alongside Charmene Yap when it was first created at the company by Artistic Director Rafael Bonachela in 2018.

Looking back, the creation of this duet – in what was only Davide’s second year with SDC – was an absolute highlight of his time with the company. Moreover, it led to an even more exciting opportunity just a year later when he and Charmene traveled to France to teach “their” duet to the Paris Opera Ballet stars Eleonora Abbagnato and Stephane Bullion for a gala performance.

Davide describes the duet as “very technical… it was based on the idea of ​​awkward encounters – and there’s a kind of strangeness to the movement, but towards the end you have two bodies moving as one. It’s very difficult, but gives satisfaction.”

Davide trained and danced professionally in Italy and Germany before moving to Australia five years ago. His first professional job as a dancer was with the Balletto dell’Esperia in Turin. From there he moved to the Staatstheater am Gaertnerplatz in Munich. He has actually been dancing full-time within a corporate structure for 15 years. While he was classically trained, he says he has always felt an attraction for contemporary dance. “I love ballet. The more I go on the more I appreciate it, but for some reason I felt like I wanted to move my body in new and different ways.” Early in his career he danced works by contemporary choreographers such as Jacopo Godani, Alexander Ekman, Gustavo Ramirez Sansano and William Forsythe, Mats Ek and William Forsythe, but he also has a special fascination for the movement language of Jiri Kylian.

In 2020 Davide took part in the upcoming film production of carmen, choreographer Benjamin Millipied’s directorial debut, recorded in Australia. “Being part of that was like a little escape during COVID. It was a fun project, a lot of fun to do. I like cinematography and cinema in general – especially the old Fellini films that I grew up in Italy.” [The film of Carmen is currently in post-production.]

He says it was very difficult to be separated from friends and family in Europe during the pandemic restrictions of recent years, but luckily he was able to spend time with his family after SDC’s recent Paris tour and is ready and excited to be new, post-company life in Australia.

In recent years he has found time for freelance work as a movement director in the fashion world, but ultimately his main goal is to teach, choreograph and direct. In 2019, he made his choreographic debut in SDC’s “New Breed” season with Walked into Bud – an intimate work for three dancers. Davide loves teaching and during his time at SDC he has taught both the company and the students in the company’s pre-professional year. He is particularly interested in collaborations, focusing on a smaller, more intimate vision rather than a large ensemble extravaganza, and has continued to explore choreographic ideas and concepts with fellow dancers at SDC.

As a critic, I have very fond memories of seeing Davide di Giovanni play a key role in Jacopo Grabar’s Stereotipico in Last year’s “New Breed” – a very captivating and entertaining work.

When asked what he will miss about SDC and business in general, he says:

“The routine, coming in every day, doing your lesson and being guided. The collaborations with new choreographers, and going on tour with the company. Especially the friendships built while touring together. During the most recent Paris tour, I knew it was the last, so going out night after night was a very beautiful and special experience. I thank the company for giving me the opportunity to dance in beautiful places around the world.

“Retiring feels like a rebirth,” he continues, “but I know I want to work in the same industry. The stage has been my home for the past 15 years and it has been amazing. I will always be part of the stage, alone now through other people’s bodies and minds I’ve been lucky enough to never have had any serious injuries but have always been quite (well) supported and I will continue to dance by taking classes but this time it will be just for myself .”

‘ab [intra]’ will be performed at the Roslyn Packer Theater in Sydney from June 2-11. For more info, go here.

Do you like this article? Read more interviews with your favorite dancers in the print issue of ‘Dance Australia’. Buy your copy from your favorite store or go online and buy here.