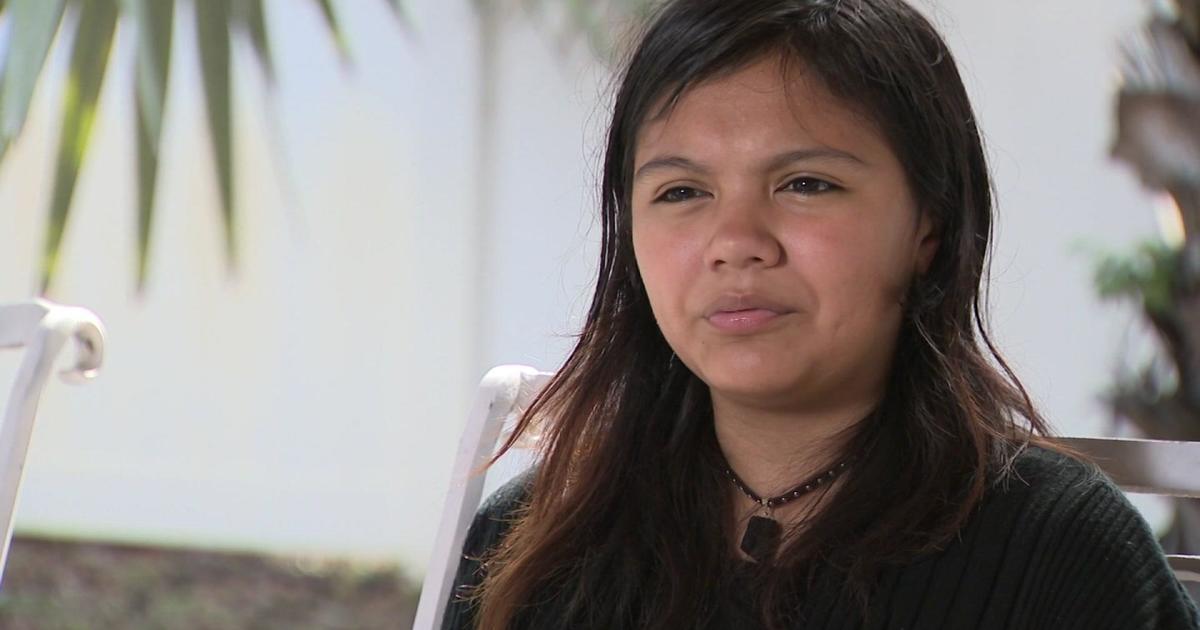 FORT LAUDERDALE – COVID is not over yet, but the pandemic has exposed a disturbing trend – children’s mental health has suffered.

According to the Mental Health Alliance, by 2022, 15 percent of children ages 12 to 17 reported experiencing at least one major depressive episode. That was 306,000 more than last year.

“It’s bad. It’s a crisis,” said Katherine Lewis, a licensed family therapist at The Bougainvilla House, a Fort Lauderdale nonprofit treatment center that describes itself as a safe place for children and young people to grow emotionally.

To understand why children’s mental health is so fragile, CBS4 was given rare access to the center.

With their families’ permission, we spoke to teens who opened up about the struggles of growing up in the digital age with the complex challenges of the pandemic.

“I grew up with technology,” says 13-year-old Heidi Sanchez.

But therapists say all that technology could have a negative effect on her.

According to the administration of The Bougainvilla House, the challenges children face are amplified on social media, where they are “put under a microscope and exposed for the world to see”.

Sanchez has social anxiety, past family conflicts and has suffered from depression. She said she felt isolated during the school shutdown and faced the many ups and downs of working online

“I was in a Google class, I only had two courses and I did the job. Then I realized I wasn’t scrolling down the entire quarter and I failed four other things,” Sanchez said.

That caused more stress and anxiety for her.

The Bougainvilla House said in 2020, just before the pandemic hit, they were treating 70 children each week. Now they treat an average of 185 children a week, more than double the previous number.

“I’m glad more kids are coming, but these things were there before,” Lewis said.

She believes that social media and excessive screen time can lead to anxiety and depression.

“It’s definitely a double-edged sword. Where it’s part of their culture, so they have the support of their friends online, but it’s also a greater source of pain. You see what’s there. People are more successful than you. They have better numbers so there are higher expectations,” said Lewis.

Sanchez said she noticed big changes in her classmates as personal learning resumed in school.

“I think the biggest impact was the amount of social skills we have. Because I noticed some kids in class will yell at the teacher instead of raising their hands,” she said.

Sanchez said that when she’s not at school, she spends at least four hours a day in front of a screen.

“I’m influenced by the way people see me. One time someone called me stupid and I took that to heart,” she said.

Together with Sanchez, we asked two others in therapy about their social media habits and stressors.

This year, Jasmine says she spends more than six hours a day on social media.

“I think it’s better to be in a group than during COVID when you were locked in a house,” she said.

Jasmine, Grace and Sanchez said they were most affected by not attending school during the pandemic. They said they missed the structure of being in school, a reason to work every day.

“There’s less risk, so when you read something, you don’t have to react right away,” says Jasmine.

So what can parents and teachers do to combat this mental health crisis?

To start, Lewis said parents can provide an open space

“I think kids know there’s a space where they can talk about problems. They may not use it, but it’s healthy and healing in itself,” she said, “Knowing there’s a space for that.”

Sanchez said, “I used to lock myself in my room and didn’t talk to my mom much.”

“The best thing a parent can do is listen, that’s what most kids want. Sometimes listening is better than comforting,” she said.

Those wishing to learn more about the programs offered at The Bougainvilla House can call (954) 765-6283 or visit tbhcares.org.

Joan Murray is an award-winning reporter who joined CBS Miami in August 2001, shortly before the 9/11 terror attacks. She was one of the first to report the connection to the terrorists in South Florida.