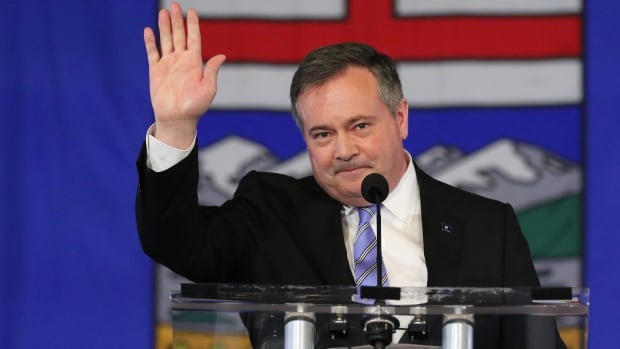 Jason Kenney says he will not run for United Conservative Party leadership, effectively ending his time as Alberta’s prime minister.

The UCP released the results of its leadership review on Wednesday. Despite Kenney narrowly winning a majority, with 51.4 percent in favour, he announced that he would resign.

Questions have been raised since then, including whether he would run in the subsequent UCP leadership election. But on Saturday morning’s radio show on CHED, Kenney confirmed that he would no longer run for party leader.

“When you’re in a position like me, you have to make a judgment,” Kenney said.

“It was clear to me that I could have continued legally, with the support of the majority of people who voted. But it would probably cause even more distraction and division.”

In an email Saturday, a Kenney spokesperson confirmed to CBC News that he will not participate in the upcoming UCP leadership race and will instead focus on continuity until a new leader is in place.

For the leadership assessment, party members were asked, “Do you know the current leader well?”

Kenney had previously suggested that he would accept a 50 percent plus one result — for or against him.

However, he corrected the record while he was in the air on Saturday morning, saying he never said he would really stay if he won.

Kenney was surprised to see the good results, he added.

“It was never my expectation to stay in this job for long,” Kenney told CHED.

See my letter to the @Alberta_UCP secretary Janis Nett. pic.twitter.com/Q0ZSDVuIa4

A Party leader who publicly announces his intention to resign shall promptly give written notice to the Party Secretary, the UCP Governance Guide states. However, if no letter is received within five business days, the resignation will be accepted as given and a leadership election will begin.

Now the UCP must establish a leadership election committee to determine how the leadership race will proceed.

The policy lists a number of eligibility criteria for candidates, including that they must be a party member for at least six months – although this can be waived – and they must submit a nomination request with at least 500 party member signatures.

Duane Bratt, a political scientist at Mount Royal University in Calgary, noted that Saturday’s radio show marked the first time Kenney answered questions since announcing his resignation, and there was speculation whether he would participate again.

“He put that to bed today,” Bratt told CBC News.

“I expect there will be a lot of people who will spend this long weekend in self-reflection on whether they want to run for leadership of the party.”

Brian Jean, the former leader of the Wildrose party and current MLA of UCP Fort McMurray-Lac la Biche, has previously expressed his desire to run for party leadership. Jean confirmed on Wednesday, after Kenney announced his resignation, that he intended to do so.

Danielle Smith, also a former leader of the Wildrose party, has also previously expressed interest in the role and is planning a campaign.

However, the door is never completely closed to one’s political career, Bratt said. He pointed to Brian Jean, who left politics after losing the 2017 UCP leadership race to Kenney, but is now back in business.

Kenney will remain Premier of Alberta until a new party leader is elected and sworn in.

There is no timeline for the leadership race yet.