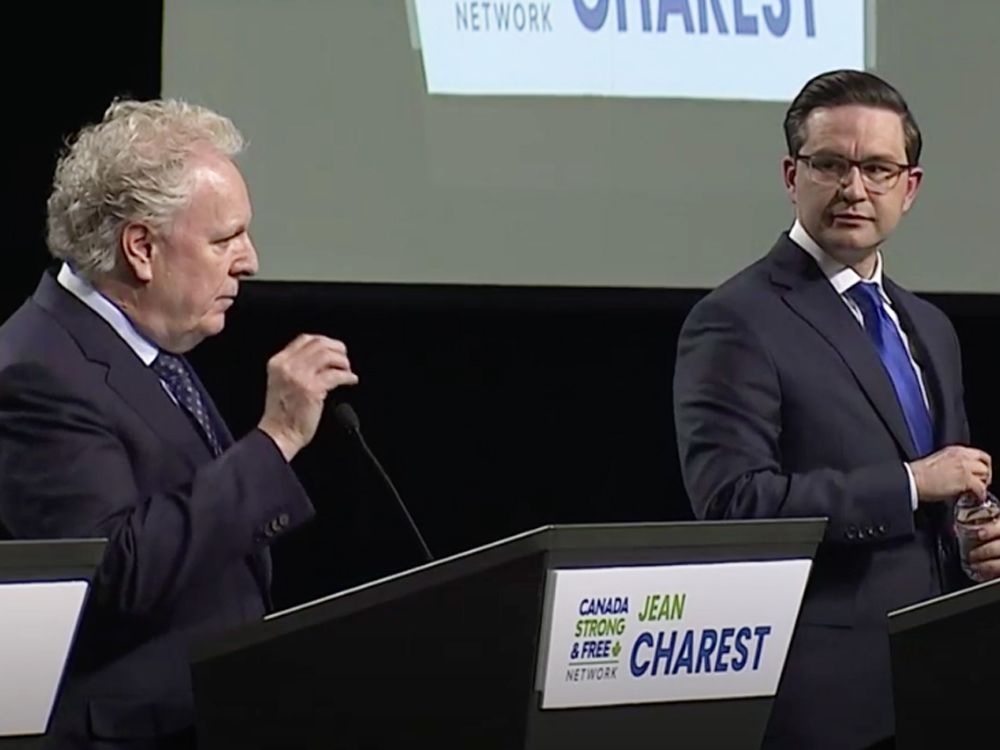 Alberta’s Prime Minister Jason Kenney called on those vying to become the federal conservative leader to remain aware of the party’s unity after Thursday’s raucous debate, suggesting some may calm down as they express their “nervous jitters”.

“Look, this was the first debate. We are early May; the vote is in September. It’s a long race to run here. And I think some candidates got nervous during the first debate last night,” Kenney told the National Post.

‘Look, it won’t be a love-in. There must be a collision, that’s good. It should be based on policy and vision and not on personalities,” he argued.

Leadership candidates Pierre Poilievre and Jean Charest, in particular, made headlines after chasing each other during Thursday’s unofficial debate hosted by the Canada Strong and Free Network, an organization that regroups conservative believers, in Ottawa.

During the debate, Poilievre often accused Charest of being a “liberal” and attacked his record as prime minister of Quebec. Charest went after Poilievre for supporting “illegal blockades” earlier this year, an attack that left him booed by the crowd.

Even candidate Leslyn Lewis snapped photos at Poilievre and said he hadn’t supported truck drivers enough during their protests this winter and is hiding his views on abortion issues.

These attacks prompted candidate Scott Aitchison to send an email to his supporters on Friday with the word “Embarrassing” and a facepalm emoji in the subject line. He emphasized in his message that he was “frankly ashamed” of the party after Thursday’s event.

“If we treat each other like this, we will never win elections again,” he wrote.

Aitchison also challenged his fellow candidates to do better at next week’s first official leadership debate, asking them to “discuss ideas” and “talk about the future we want to see for our country”.

“And if they don’t, I will continue to lead by example,” he added.

The six Conservative candidates for leadership will again face each other for the official English debate on May 11 in Edmonton and on May 25 in Laval, Que., for the official French debate. The new leader will be announced on September 10.

Kenney, who is himself in the midst of a leadership vote in his own party and the mail-in vote is expected in less than two weeks, stressed that the Conservative Party of Canada must stay united after this is all over if they want to. beat the Liberals in the next election.

“They must be,” he said. “United they can win, divided they have no chance. And so my message to all my conservative friends, including the candidates on the podium last night, is keep that in mind. Whoever wins must then unite the party.”

“I would encourage everyone not to forget the day after the leadership elections.”