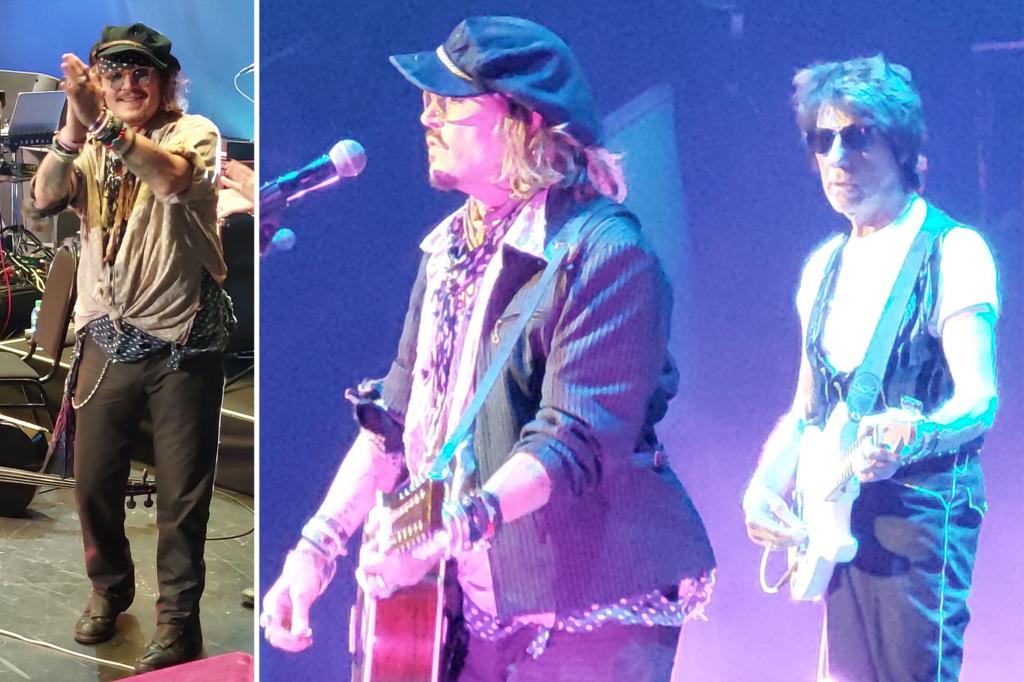 Johnny Depp was greeted with a standing ovation from his fans at London’s Royal Albert Hall on Monday night, as the actor awaits sentencing in his libel trial against his ex-wife Amber Heard.

Fans rejoiced to see Depp perform a string of music covers with his friend and singer Jeff Beck for the second night in a row, including John Lennon’s “Isolation” and Marvin Gay’s “What’s Going On.”

Fans of Depp shared their thoughts about the American actor’s performance on stage via Instagram and Twitter.

Lily-Rose shared three snapshots – with the simple caption “🍦23🍧🌸!” — to her Instagram feed, which included a bouquet of flowers and two photos of her wearing a cheery pink sash that reads “Birthday Princess.”

The Depp-Heard trial closed with closing arguments Friday, before going to the jury for deliberation.

The 58-year-old actor and Heard fought it off in Fairfax County Courthouse Virginia after Depp filed a $50 million defamation lawsuit against his ex-wife over a 2018 op-ed she wrote in the Washington Post, in which she claimed she was the victim of ‘domestic violence’ but did not identify him. Heard is suing him for $100 million.

Depp’s team declined to comment on whether the actor will appear at Fairfax County Courthouse tomorrow when jury deliberations resume.