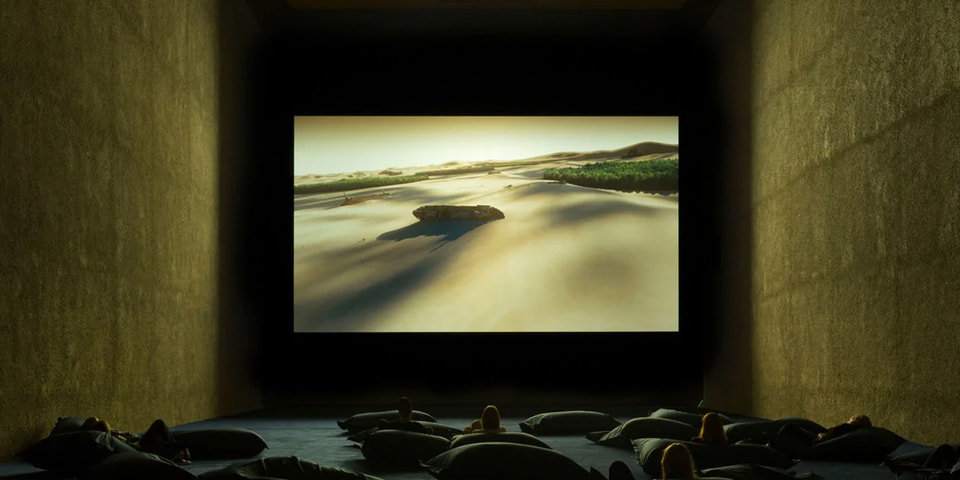 History is constantly under discussion for the German artist Julian Rosefeldt. Internationally recognized, Rosefeldt makes visually compelling films that consider the human condition and the adverse effects of our socio-political expansion. His latest work PEN NUMBERis one of his most brooding films to date.

The exhibition, housed in KÖNIG GALERIE in Berlin, begins with the following questions: “What does the past of a distant future look like? A distant future to which humanity will be driven by the unleashed forces of neoliberal capitalism, climate change and populism?”

Made in the last three years, PEN NUMBER is an 85-minute film that serves as a sequel to his IN THE LAND OF DROUGHT (2015-2017) — both pondering the existential question, “What happens after us?” Using computer-generated images, the filmmaker takes visitors on an ominous post-apocalyptic journey, in which people have left Earth in favor of a new home.

“The camera floats meditatively over the desolate landscape and the destroyed megapolises. The satellite/drone/bird’s eye view, which implies surveillance, removes the human perspective and keeps us at a distance,” wrote visual artist and anthropologist Ellen Lapper.

“By zooming in on this foresight, the seeking camera abandons its reliance on computer-generated images to gradually reveal the remaining tenants of the barren landscape. Shifting angles, increasing perspectives, and extreme slow motion accentuate the movements of the raging youth, lost in their state of trance. A touch of optimism unfolds; their escape weighs against the threshold of their own extinction for now,” she added.

PEN NUMBER is on display in its last week and ends on Sunday 7 August at KÖNIG GALERIE in Berlin.