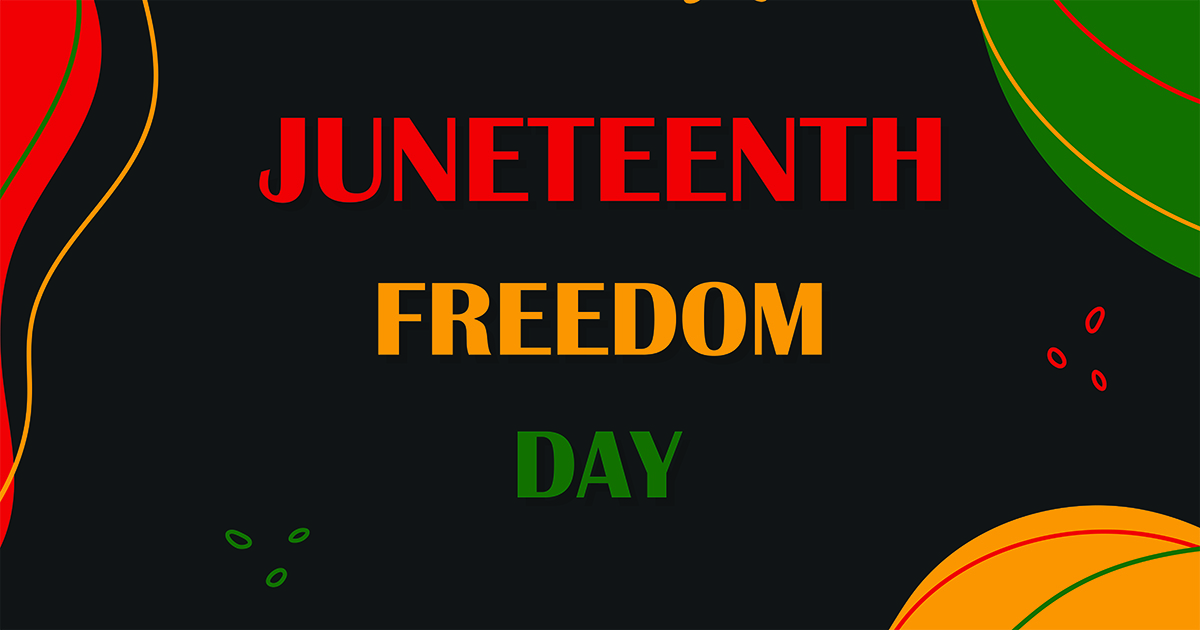 (The Conversation) – The actual day was June 19, 1865, and it was the black dock workers in Galveston, Texas, who first learned that freedom had come to the enslaved people. There were speeches, sermons and communal meals, usually held in black churches, the safest places to hold such celebrations.

The dangers of unjust laws and racist social customs were still great in Texas for the 250,000 enslaved black people there, but the celebrations known as Juneteenth are said to have lasted seven consecutive days.

The spontaneous cheers were partly over General Order No. 3 of General Gordon Granger. It read in part: “The people of Texas have been informed that, in accordance with a proclamation from the Executive of the United States, all slaves are free.”

But the emancipation that took place in Texas that day in 1865 was just the latest in a series of emancipations that had taken place since the 1770s, most notably the Emancipation Proclamation signed two years earlier on January 1, 1863, by President Abraham Lincoln.

As I explore in my book “Black Ghost of Empire,” more than 80 emancipations from slavery took place between the 1780s and 1930s, during the era of the Liberal Empire and the rise of modern humanism, from Pennsylvania in 1780 to Sierra Leone in 1936.

In fact, there were 20 separate emancipations in the United States alone, from 1780 to 1865, in the north and south of the US.

In my opinion as a scholar of race and colonialism, emancipation days – Juneteenth in Texas – are not what many people think, because emancipation didn’t do what most of us think it did.

In fact, based on my research, emancipations were actually meant to force blacks and the federal government to pay reparations to slave owners — not the enslaved people — to ensure whites retained benefits in amassing and passing on wealth. from generation to generation.

The emancipations had three common features which, added together, liberated the enslaved in one sense only, but enslaved them again in another.

The first, perhaps the most important, was the gradualism ideology, which said that atrocities against black people would end slowly, over a long and limitless period of time.

The second hallmark was state legislators who held to the racist principle that emancipated people were units owned by slave owners — not prisoners subjected to crimes against humanity.

The third was the insistence that black people had to go into various forms of debt to get out of slavery. This included economic debt enforced by the continued forced and underpaid work that freed people had to pay to slave owners.

Essentially, freed people had to pay for their freedom, while slaves had to be paid to set them free.

On March 1, 1780, for example, the Pennsylvania state legislature set a worldwide precedent for how emancipations would pay reparations to slave owners and support the white ownership system.

The Pennsylvania Act for the Gradual Abolition of Slavery provided “that all persons, both negroes, and mulattoes, as well as others, who shall be born in this state, from and after the passing of this Act, shall not be considered and regarded as servants of life or slaves.”

At the same time, legislation mandated “that any Negro and mulatto child born in this state” could be kept in servitude “until the age of twenty-eight” and be “responsible for correction and punishment” as enslaved people.

After that first Emancipation Day in Pennsylvania, enslaved people remained in slavery for the rest of their lives unless they were voluntarily freed by slave owners.

Only the newborn children of enslaved women were nominally free after Emancipation Day. Even then, these children were forced to serve as forced laborers from childhood until their 28th birthday.

All future emancipations shared the DNA of Pennsylvania.

Emancipation Day fell on March 1, 1784 in Connecticut and Rhode Island. Day dawned in New York on July 4, 1799, and in New Jersey on July 4, 1804. After 1838, West Indian people in the United States began to commemorate the British Empire’s Emancipation Day on August 1.

Eight months later, on January 1, 1863, President Lincoln signed the Emancipation Proclamation that set free slaves only in the Southern states—not in the states loyal to the Union, such as New Jersey, Maryland, Delaware, Kentucky, and Missouri.

Emancipation Day dawned in Maryland on November 1, 1864. The following year, emancipation was granted on April 3 in Virginia, on May 8 in Mississippi, on May 20 in Florida, on May 29 in Georgia, on June 19 in Texas, and on May 8. August in Tennessee and Kentucky.

Slavery under another name

After the Civil War, the United States Constitution’s three Reconstruction amendments each contained loopholes that aided the continued oppression of black communities.

The Thirteenth Amendment of 1865 made possible the enslavement of incarcerated people through convict leasing.

The Fourteenth Amendment of 1868 allowed inmates to be denied the right to vote.

And the Fifteenth Amendment of 1870 failed to explicitly outlaw forms of voter suppression aimed at black voters that would increase during the coming Jim Crow era.

The freeing of the slaves, the order read, “includes an absolute equality of personal rights and property rights, between former masters and slaves, and the hitherto existing connection between them becomes that between employer and hired labour.”

Yet the order further states: “The freedmen are advised to remain in their present homes and work for wages. They are told not to gather at military posts; and that neither there nor elsewhere they shall be supported in idleness.”

The meaning of Juneteenth

From the time the emancipation celebrations began on March 1, 1780, through June 19, 1865, black crowds gathered to seek atonement for slavery.

On that first tenth of June in Texas, and increasingly during the following days, free people celebrated their resilience amid the failure of emancipation to bring complete freedom.

They stood for the end of debt bondage, racial policing and discriminatory laws that unfairly harm black communities. They lifted their collective imaginations from the spiritual sinkhole of dominion over white property.

Over the decades, Juneteenth’s traditions have expanded into larger gatherings in public parks, with barbecue picnics and fireworks and street parades with brass bands.

At the conclusion of his 1999 posthumously published novel, “Juneteenth,” black author Ralph Ellison called out a poignant question on Emancipation Day: “How the hell do we get love in politics or compassion in history?”

The question raises as much today as ever before.