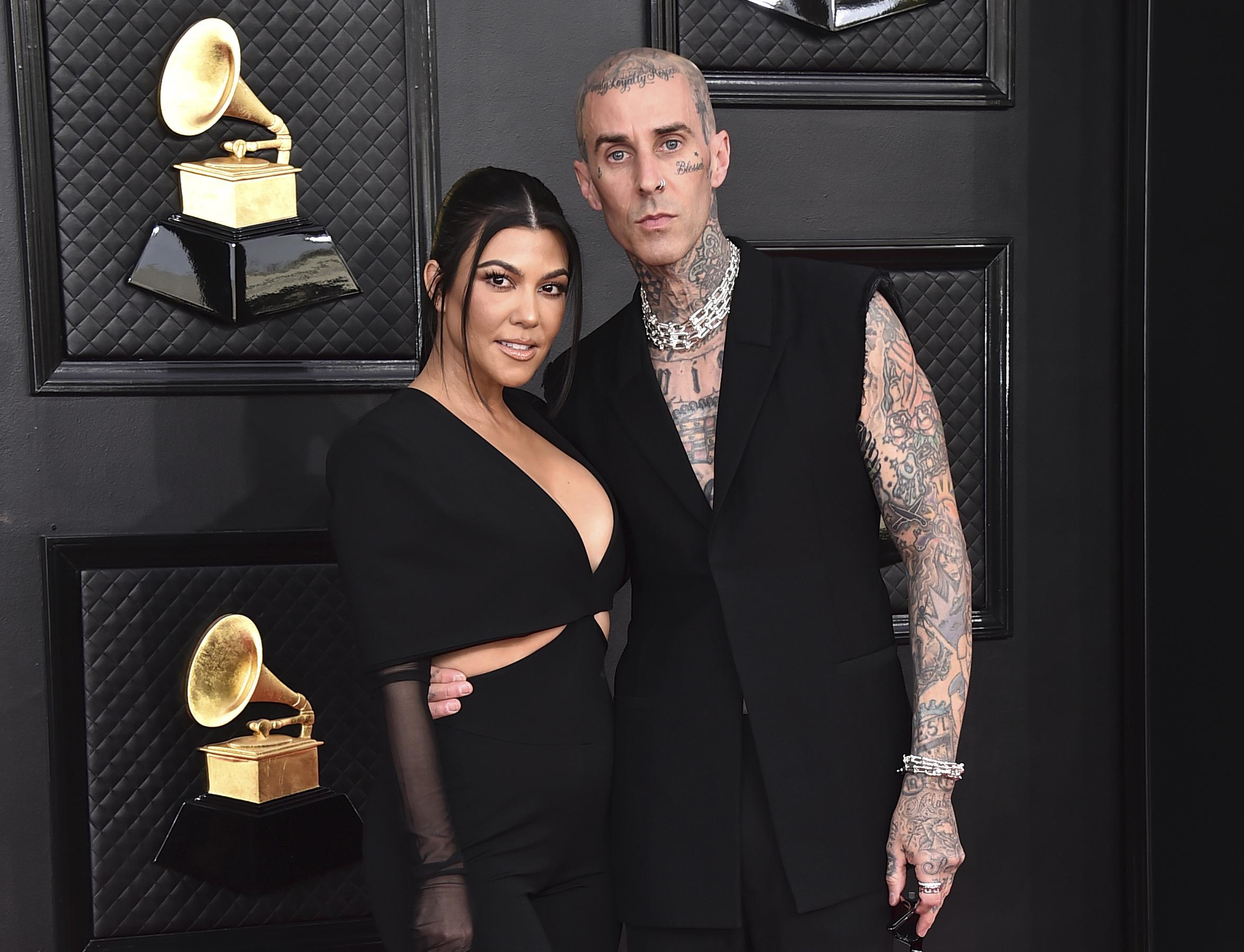 After a rehearsal wedding in Las Vegas (no marriage license) with an Elvis impersonator on duty, followed by a small ceremony (licensed) in Santa Barbara, California, Kourtney Kardashian and Travis Barker disembarked Friday at the jet-set playground of Portofino, a fishing village known for its multicolored houses and crystal clear green waters on the coast of the Italian Riviera.

Photographers captured the couple, along with the rest of the Kardashian-Jenner clan, as they arrived for dinner dressed in Dolce & Gabbana. Notably absent was Scott Disick, the father of Kourtney’s three children. They took to the streets again on Saturday for lunch, Kourtney in a veil and a short black dress decorated with an image of the Virgin Mary.

The wedding was set to take place sometime over the weekend at the rented Castello Brown, a castle built in the Middle Ages overlooking the Gulf of Portofino, according to TMZ.

Known for their PDAs, the reality star, 43, and the Blink-182 drummer, 46, did not disappoint in Portofino, where they were spotted on a boat on Friday sharing a kiss in the abundant sun – she in a T shirt from her beau’s band and he in his favorite style condition: shirtless with his multiple tattoos on display.

On the way to dinner, “momager” Kris Jenner in a black dress sat on the arm of Guilherme Siqueira, a brand ambassador for Dolce & Gabbana. With sister Kim’s eldest child, North West, and her own daughter, Penelope Disick, by her side, Kourtney wore a sheer red corset dress and a matching furry stole. barker? Shirtless under a black suit as he walked with daughter Alabama.

The third round of weddings would involve family and a small circle of close friends, with a larger reception planned later in Los Angeles, according to reports.

Barker and the oldest Kardashian sister went Instagram official with their relationship early last year. He asked the question in October, beach with a ring of red roses and white candles at a hotel in Montecito, California. Last month, just hours after the Grammys, word of a Las Vegas wedding spread quickly, though no marriage license could be found. Kourtney later clarified that they couldn’t get one in the early hours, but went on with a drunken practice run.

In Santa Barbara, they posted photos after they made it legal in the courthouse on May 15, the bride in a short white dress with veil and the groom in black, his coat buttoned up for a change. Travis’ father, Randy Barker, and Kourtney’s grandmother, Mary Jo “MJ” Campbell, were in attendance.

Kourtney did not marry Disick. Barker has been married twice. His first marriage, to Melissa Kennedy, lasted nine months. His last divorce, from Shanna Moakler, was in 2008. They married in 2004 and share two teenage children, Alabama and son Landon. Barker is also close to his 23-year-old stepdaughter, Atiana De La Hoya, from Moakler’s previous relationship with former boxer Oscar De La Hoya.