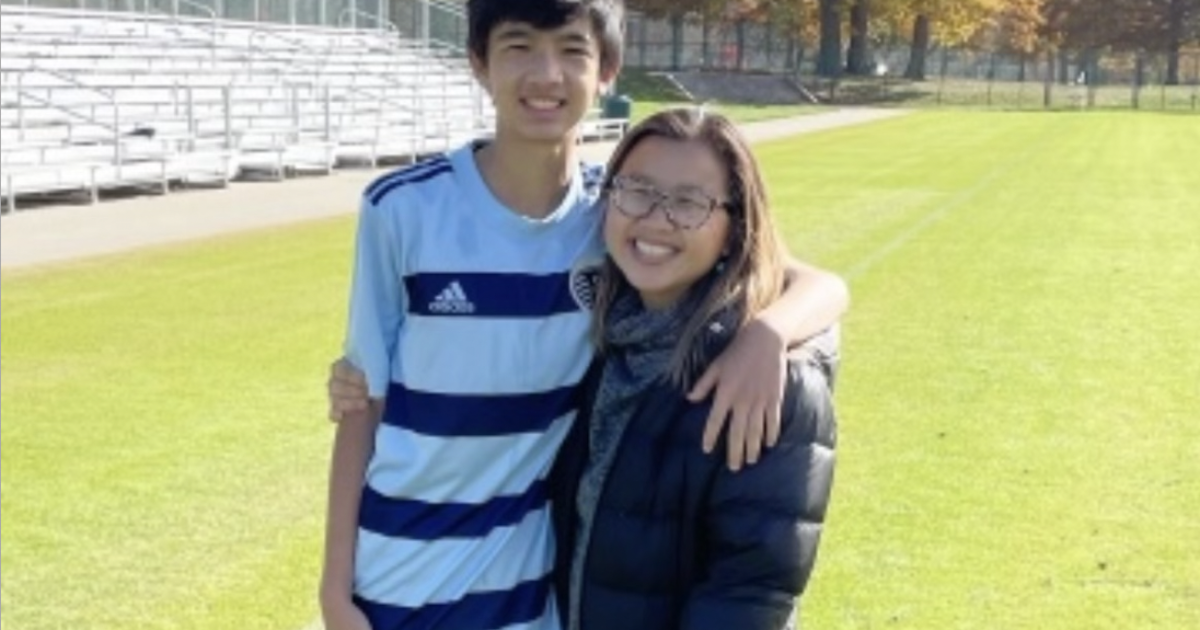 KANSAS CITY, Mo. — From an early age, Chi Nguyen was forced to put on a brave face.

“I escaped Vietnam when I was 18 months old,” Nguyen said.

According to Nguyen, she has held her mother’s hand every step of the way.

“We went without my father because if you fled Vietnam, you had to pay for people to tell you how to escape,” Nguyen said. “And so we only had enough money for my mom and I to go. So my mom and I went when I was 18 months old and we came to the US, and my dad came a year and a half later.”

Nguyen grew up in Alexandria, Virginia, near Washington DC. Her family, like many Asian families, left their homeland to live the American dream.

“When you grow up, you know how much your mom and dad sacrificed to have you there,” Nguyen said. “And you certainly don’t want to disappoint them, because of all the things they went through to get you to America for a better life.”

However, as a teenager, keeping up with traditions in a new world was pretty black and white for Nguyen.

“There’s another underlying factor of trying to be thankful that you’re here and not wanting to stir anything up and just hang out,” she said. “It was a strict culture, so you weren’t allowed to do much outdoors.”

Throughout her life, Nguyen saw others around her doing things she couldn’t.

“It felt unfair growing up because I saw other kids doing what they wanted, and not having to live up to the expectation to be perfect, or get perfect grades, or go to a really good school in their opinion,” said Nguyen.

This story that Nguyen explained is something that is difficult for many Asian children to grasp, according to Southeast Asian therapist Sindhu Fedasuk.

“There’s no reward for expressing your opinion or being an individual, because it’s a collectivist culture,” said Fedasuk, a therapist at Opal KC, “If it’s good for one person, if it’s not the whole community it’s not worth striving if the costs and benefits don’t balance there’s never a validating piece so there’s no such thing as a ‘Hey you did a great job and so here’s your validation. ‘ So it’s hard to keep up with that.”

This pressure that Fedsuk described is one that Nguyen has endured to some degree.

“I have no problem talking to my parents, but it seems almost superficial,” Nguyen said. “As you know, are you okay? Do you get food? Do you need these things? What do you need for school? What can we do for you? But it wasn’t, what makes you happy? What makes you sad? “

Fedsuk says in Asian culture that, like many immigrant families, you are taught to survive.

“It’s survival of the fittest, so of course there’s a competition complex built into Asian culture,” Fedasuk said. “Well, I’ve learned to suppress my feelings and I’ve learned not to express my limitations or my weaknesses. So you have to overcome the feeling of being a failure first, because for Asians, admitting that you need help means that you also need help with something.”

According to Fedasuk, this ideology can make it more difficult to find peace if you are taught to only show strength.

For Nguyen, however, this was a story she wanted to change for her firstborn son Thomas Mancuso.

“No one I knew went to therapy, and when I grew up and there were problems, it wasn’t really talked about,” Nguyen said. “As far as I could talk about things openly, I didn’t feel like it. It’s not that I didn’t feel loved or anything like that, but when I became a mother, especially since Thomas was my first, I realized that things need to be talked about. He has to be able to work out any problems or frustrations he has and that will only happen if he talks about it.”

Nguyen thought therapy was a good idea for Thomas from an early age following his parents’ divorce and moving from North Carolina to Kansas to pursue his dreams of playing football.

“It’s almost like a stress reliever when I needed it,” said Thomas Mancuso. “It makes me more comfortable in everyday life, just knowing I have someone I can talk to if I go through something.”

However, Thomas understood that to achieve his goal, he had to be the best on and off the pitch

“We all see it as a negative and a bad thing, and that was my first reaction,” said Mancuso. “But when I talked about it with my mom and even my dad, I thought okay, this is just another positive factor in my life, it’s something that can help me become a better person.”

This space or realization of Mancuso is something Fedasuk says many Asian children and adults never get.

“You constantly ask yourself questions. I would say that anxiety is an important thing that I see a lot in my Asian clients,” Fedasuk said. “A lot of depression, because the bar is so high and you’re almost ready to fail. What a void to try, when you know you’ll be doomed in the beginning, if the bar is set too high or if it’s slightly out of your reach.”

Nguyen now also puts her youngest son William in therapy and teaches her sons that it’s okay not to be okay.

“If your tooth hurts, see a dentist who is an expert on teeth,” she said. “And I think for therapy, if something hurts your heart or your mind, you should go to an expert and talk to them about it.”

Fedasuk says that for many, the willingness or acceptance to seek therapy is not the simple writing on the wall.

That is because according to the American Psychological Association in 2015, only 5% of psychologists were Asian.

“People who are biopic or special Asian want an Asian provider, because it’s a basic concept, because we have the same unspoken jargon,” Fedasuk said. “I think people generally think they’re going for an answer. So going somewhere and getting more questions and having to justify it doesn’t work out well. That adds to the stress that is already there.”

Now proud of the choice she has made for her family, Nguyen wants to change the game for her children and other Asians who consider mental health taboo.

“We agreed as a family, you know, will it be a success if Thomas gets a professional contract? Or will he get a full scholarship to a D1 school?” Nguyen said. “No, it’s not a success, it’s a success when Thomas knows that he has a family that supports him and wants him to fulfill his dreams, and everything will do to help him achieve those dreams.”