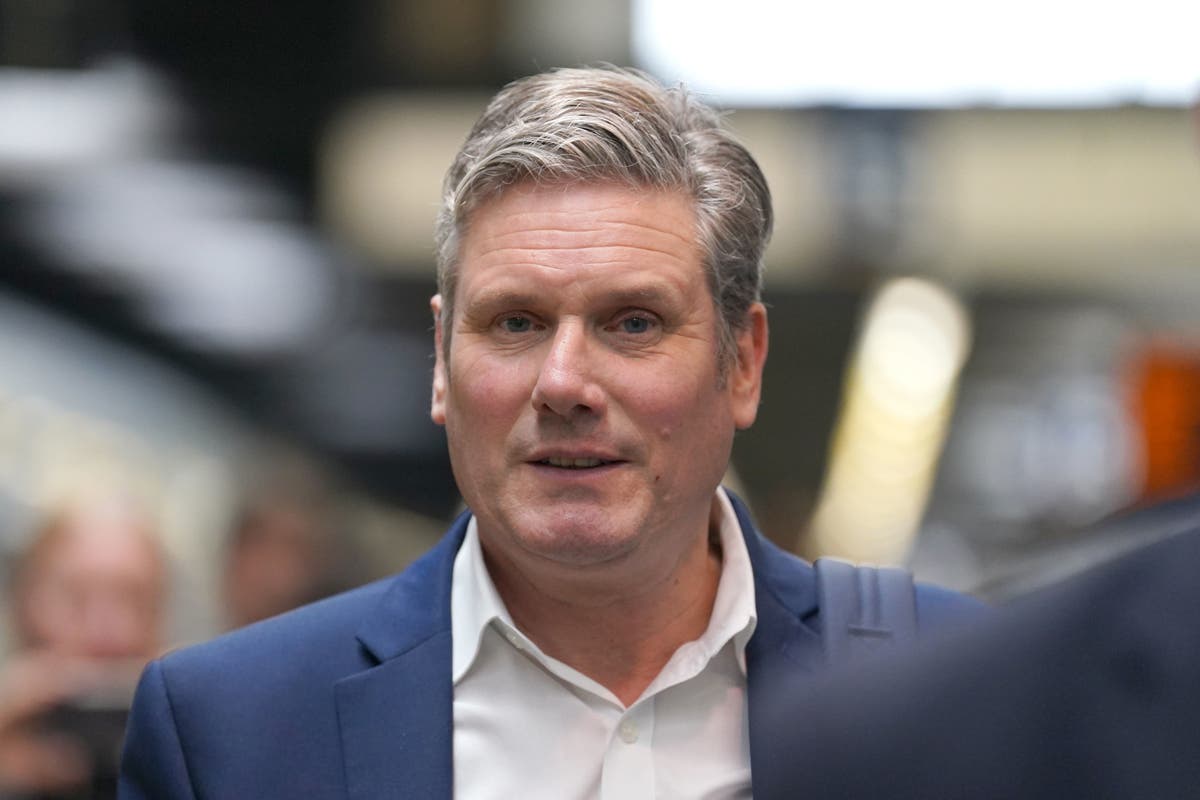 Sir Keir Starmer is considering whether to promise to resign if police conclude he has broken Covid rules at a work event in Durham dubbed “beergate”, and will make a statement on the matter later on Monday.

The Labor leader is said to be in talks on whether or not to announce the pledge after he came under pressure to state his position, after calling for the prime minister and chancellor to resign after they were fined for a Covid infringement.

Meanwhile, Nicola Sturgeon has said the Tory attacks on the Labor leader were part of a “massive operation” to divert attention from Boris Johnson’s “serious breach” of lockdown rules.

Ms Sturgeon said with an ongoing police investigation it “would be wrong for me to respond in more detail”, but added: “What I think is quite clear is that there is a massive operation underway on the part of the Conservatives for Boris Johnson’s attention.

The Queen’s speech is expected to include a bill to water down the landmark 1998 legislation, an uproar that has led to accusations of racism over the removal of key safeguards.

But it is also expected to remove the need for UK courts to follow European Court of Human Rights (ECtHR) decisions, which would lead to another clash with Brussels.

Read the report of our Deputy Political Editor, Rob Merrick†

Starmer will make a statement at 4 p.m

Labor has yet to formally comment on whether Sir Keir Starmer will promise to resign if he is fined, but a Labor source told the independent there will be “some movement in the next few hours.”

It was later announced that Sir Keir will issue a statement at 4 p.m.

Millions warned they will face a £1,000 increase in energy bills

The government must act urgently and help the poorest households for months before energy bills rise again for the winter months, says the boss of a major energy company.

Keith Anderson, who heads ScottishPower, said energy bills are likely to rise by nearly £1,000 for millions of homes across the country next winter.

“Given what will happen in October, we think urgent action is needed to put in place a mechanism to support customers during this time,” he said.

Asylum seekers are threatened with flight to Rwanda this week

Asylum seekers are expected to be told this week that they may be sent to Rwanda as part of the government’s latest deportation policy.

It is clear that the Interior Ministry will notify the first group of people that they will be given a one-way ticket to the East African nation amid legal difficulties over the plans.

Unconfirmed reports suggest the flights could take place in the coming weeks, with a small number of single men being removed initially.

Boris Johnson said tens of thousands of people could be flown to Rwanda under the agreement.

But The times reported that modeling by Interior Ministry officials indicated that only 300 could be sent per year. The ministry later said it did not recognize the figure and that there is no limit to the number of people who can be sent to Rwanda.

Sir Keir Starmer is considering stepping down if police discover he has broken coronavirus rules as he fights to regain political initiative while pressuring Boris Johnson over his own fine.

The Labor leader is said to be in talks on whether or not to announce the pledge on Monday after withdrawing from a planned event where he was said to have been faced with new questions.

Allies insisted he was “not denying scrutiny” by canceling his participation in the discussion, as he is under police investigation at the Durham beer-and-curry meeting last April.

Nicola Sturgeon said her government will soon be offering a renewed case for Scottish independence, stressing that recent election results showed there was “a growing sense that the UK in its current state is not meeting the needs of Scotland, Wales or Northern Ireland.” “.

The Scottish Prime Minister spoke out after Sinn Fein won the most seats, 27 out of 90, in last week’s Stormont elections, allowing a non-union politician to take on the role of Prime Minister of Northern Ireland for the first time to take.

Ms Sturgeon said this signaled “major changes in the coming years”, adding: “I am convinced that one of those changes will be Scottish independence.”

She said her government would begin drafting independence white papers “in the very near future.”

It’s been nearly a decade since the previous independence white paper was published and Ms Sturgeon promised the new document would be “refreshing” and made a “very positive case for independence”.

Queen appears tomorrow for the opening of parliament

Downing Street said the Queen will deliver her speech at the state opening of parliament tomorrow, despite doubts about her ability to meet other commitments.

Buckingham Palace suggested the 96-year-old monarch could miss out on her platinum anniversary celebrations this month. The Queen has struggled with mobility problems since she was hospitalized in October last year and mainly undertook virtual assignments.

Asked about the Queen’s speech today, the Prime Minister’s official spokesman said: “The palace itself has said” [the Queen] plans to do it and they will confirm tomorrow.

Durham police are re-examining the meal organized for the Labor leader after campaigning in April last year after cabinet ministers pressured police for a reconsideration.

Sir Keir has withdrawn from a speaking engagement to avoid questions as some in Labor are urging him to promise to quit if he is fined – to pressure Boris Johnson over his own fine for breaking Covid rules.

The Scottish Prime Minister said it would be “wrong” to comment on a police investigation, saying: “Let’s see what comes of this.”

But she said: “What I think is pretty clear is that there is a massive operation underway on the part of the Conservatives to divert attention from Boris Johnson.”

‘All options open’ for cost of living support – Downing Street

Downing Street said the government is “keeping all options open” when it comes to tackling the cost of living.

When asked what Boris Johnson would say to Tory MPs demanding that the income tax cut be brought forward given the magnitude of the crisis this year, the prime minister’s official spokesperson pointed to “significant support already available”.

Asked if people should wait until the fall budget before doing anything further, he said the government will act “when it’s the right time to do that – I’m not limiting that to any particular time of the year”. Secretary of State Brandon Lewis recently said there were “no plans” for new aid ahead of the fall budget.

One measure that has been discussed and which the cabinet has divided is a windfall tax on the profits of oil and gas companies. Last week, a clash between Chancellor Rishi Sunak, in support, and business secretary Kwasi Kwarteng, came to light.

Asked about plans for a windfall tax, the prime minister’s official spokesman said the government opposed it because it would “deter investment at a time when we need it most – not least in renewable energy”.

No 10 refuses to comment on whether Starmer should resign

Downing Street has declined to say whether Sir Keir Starmer should resign if he is fined for breaking lockdown rules.

When asked, the prime minister’s official spokesperson said: “You wouldn’t expect me to comment on what the leader of the opposition should do.

Calling Sir Keir to resign if the campaign event when he stopped to dine was deemed a violation of lockdown rules would be inconvenient as Boris Johnson, who wrote the rules, has already been fined for his own violation of the lockdown, with the PM investigation still ongoing.