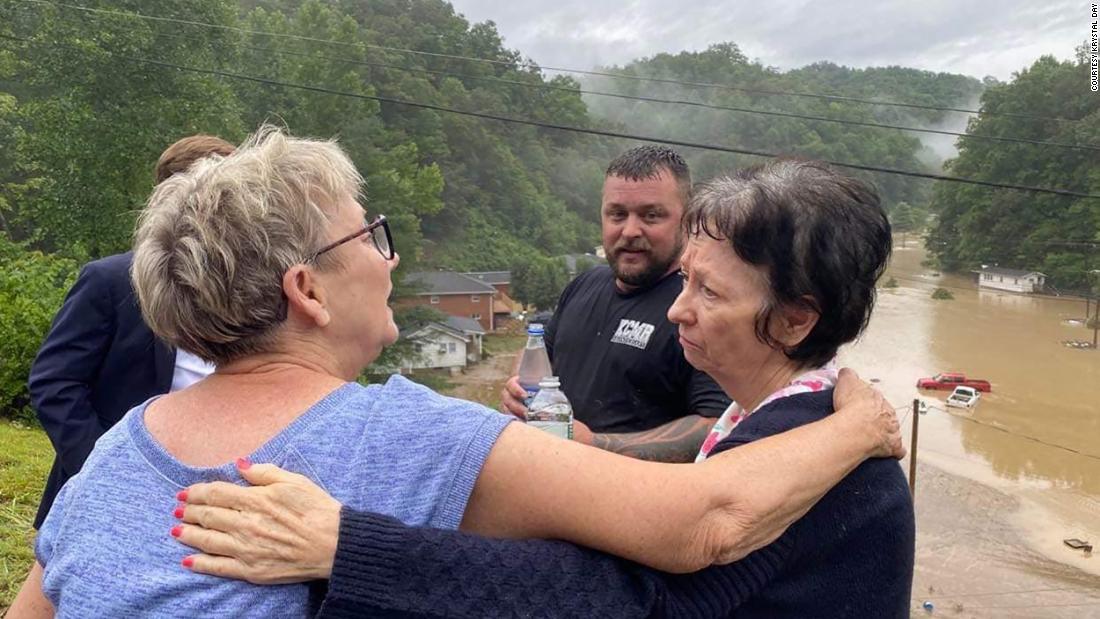 Day, a former miner living in Hindman, Knott County, said he was unaware of what was happening in the region until he received word that the children needed help getting out of their home.

“I didn’t know what they were talking about, then I went out,” Day told CNN. “You heard a lot of people screaming and begging for help.”

That day, Eastern Kentucky saw flooding that officials have called unprecedented, with entire homes and bridges wiped out and communities isolated because of flooded roads. At least 35 people have died in the floods, and many who survived lost everything they had. Hundreds of people are still missing.

Day and his wife, Krystal, didn’t have a boat, so they waded through the water to rescue the five children and two mothers trapped on the roof of their house.

“At 3 a.m. I was in that water with my wife. I put a child under each arm and one around my neck and took them back to my house. The oldest child was holding a small dog,” Dag said.

After Day and his wife rescued the children and the two women, he set his sights on rescuing his former high school English teacher, Ella Prater, and his second grade teacher, Irma Gayheart, who both lived nearby.

“I kept pacing back and forth because I saw the water rise and I knew my two former teachers were probably trapped in their homes,” Day said. “It was heartbreaking.”

He then enlisted the help of three other neighbors to check on his teachers, who, according to Day, both live alone.

When they saw Prater, Day said they “held her on both sides of her arms and never looked back. We said, ‘We have to go.'”

It took a few minutes for Gayheart to open the door, but when she did, she told him she was fine, but had been sitting on her counter and looking at the water.

“I wasn’t going to leave her there because she’s a special lady to me. You could tell by her face that she was empty,” Day said. “She spent the night on the kitchen counter and the water was by the counter.”

With the help of his neighbors, Day was able to reunite both teachers with their families, who awaited updates on their whereabouts.

“These are two of the most special women you will meet in your life, and when they show you love, they show your true love. They really care about everyone around them and that has stayed with me all my life,” Day said. . when he explained why he risked his life to save his teachers.

The ordeal was emotionally draining, but he is happy that the children and former teachers are safe, Day told CNN.