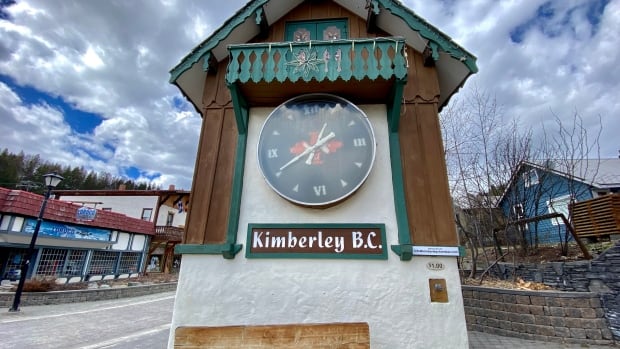 And now Kimberley can add one more thing to the list: the best town in British Columbia.

After a seven-week competition between 128 BC communities of 500 and 12,000 people, Kimberley took victory in the Search for BC’s Best Small Town, beating the city of Ucluelet on Vancouver Island by 57 to 43 percent in the championship game.

“There are so many great communities in BC, especially the communities we were paired with during this competition, and I’m just really proud that we won.”

In the early rounds, the mountain community north of Cranbrook narrowly defeated a number of Kootenay communities that may be better known to tourists, including Rossland, Fernie and Nelson.

But it took bigger victories along the way, helped by many votes from their neighbors, while Ucluelet didn’t get that much support at Vancouver Island in the final.

“I think that helped push this over the top,” McCormick said, adding social media became a strategic campaign tool.

The mayor said the tourist town is attracting many visitors from Alberta and hopefully this win will encourage more people from the BC coast to come and see what Kimberley has to offer.

From mining to tourism

In some ways Kimberley is unique for a successful small town in British Columbia: It’s not on a main road or next to the ocean. It doesn’t require major international marketing campaigns, and it’s more than a three-hour drive to a community of at least 50,000 people.

But it has a similar origin story to many communities in British Columbia: It was based around natural resources and railroads.

When zinc deposits were found in the mountains between the Rockies and the Purcell Mountains, the area was given the name Kimberley, after a huge diamond mine in South Africa, and it was hoped that this new mine would one day be just as successful.

A subsidiary of CP Rail (Cominco) eventually bought it and it quickly became one of the largest mines in North America, with Kimberley resembling a corporate town in many ways for decades.

But when it became clear that the mine would eventually close – which it did in 2001 – Kimberley moved on and adapted with a more touristy and recreational mindset.

It has created a town where different generations have different attachments to Kimberley – all of which have embraced what it is today.

“I hear a lot of people say, ‘God, we’d love to live here.’ Well, why wouldn’t you?” said Bill Roberts, who worked in the mine for more than 35 years and in his retirement tells stories of the past at the Kimberley Underground Mining Railway.

That’s why Kimberley has grown faster than the vast majority of communities in the county in the past decade.