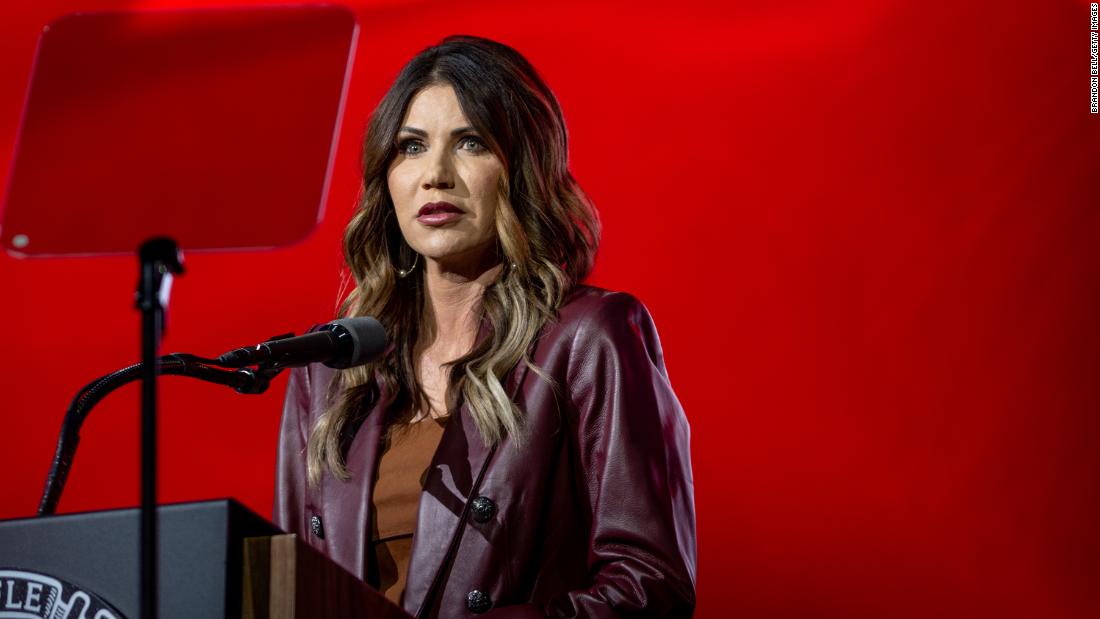 When asked by CNN’s Dana Bash on “State of the Union” whether children resembling a 10-year-old child abuse victim who traveled from Ohio to Indiana to have an abortion should be forced to give birth, he said. Mention: “This tragedy is I can’t even imagine. I’ve never seen anyone in my family or myself experience anything like this. … But in South Dakota, the law today is that the abortions are illegal, except to save a life from the mother.”
Noem told Bash she would not support changing the current law — a so-called trigger law that went into effect after the U.S. Supreme Court’s decision to overturn Roe v. Wade — to add an exception for similar situations, saying, “I do not believe that a tragic situation should be perpetuated by a new tragedy.”

But Noem pointed out that a 10-year-old in the situation described could qualify for the state exemption for life-threatening medical emergencies.

“I think that’s something that — yes, that situation, the doctor, the family, the closest people there will make the decisions for that family,” she told Bash.

“That’s what’s interesting about the times we live in now,” Noem added. “Each state will have different laws. The decisions will be made by the lawmakers closest to the people. That’s appropriate. That’s how our constitution intended it.”

The US Supreme Court’s recent majority decision that there is no longer a federal constitutional right to abortion has led more states to introduce their own abortion policies. The ruling has already created a patchwork — as expected — in which access to the procedure for many people is largely determined by whether a state is controlled by Republicans or Democrats.
Along with South Dakota, trigger abortion laws have been implemented in at least three states: Arkansas, Missouri and Wisconsin. A trigger law in Mississippi will go into effect on July 7.

Wyoming, North Dakota, Idaho and Tennessee await state action, and legal battles over abortion restrictions are ongoing in more than a dozen states.

Noem was also asked on Sunday about supporting paid leave or increased financial access to childcare.

“That’s a discussion we’re going to have. I think it’s important that we affirm exactly what I’ve been saying since I’ve been governor, that we want stronger families,” she told Bash. “Often times it’s the financial costs, the medical costs and the leave policies that a lot of people struggle with. But I think in South Dakota the time is right.”

However, Noem said she is not in favor of expanding Medicaid, which is on the state’s vote in November. The measure would apply to low-income women without health insurance in South Dakota during and after pregnancy.

CNN’s Devan Cole and Tierney Sneed contributed to this report.