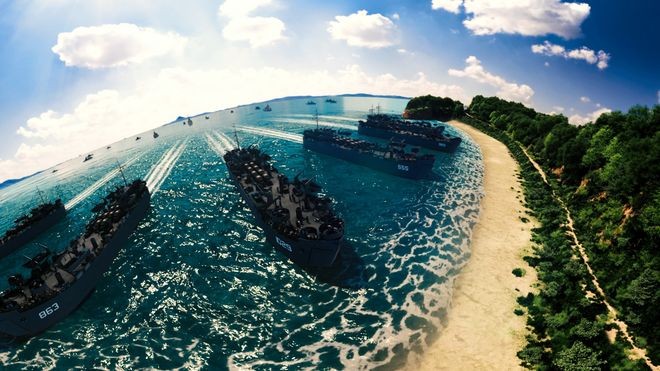 KANOYA, Kagoshima Prefecture–While the generation who lived through World War II is rapidly going down in history, local authorities here have used virtual reality to preserve images of local military sites from the era, as well as memories of residents who lived through the conflict.

The city of Kanoya in southern Japan was home to three bases used by Imperial forces during the war. It was also home to the headquarters of a kamikaze suicide squad.

Officials said their goal is to provide postwar generations with tangible evidence of the horrors of war so they can reflect on the lasting value of peace in the hope that history doesn’t repeat itself.

City officials decided to act as the number of wartime survivors dwindles and many of those individuals are now too frail to carry on their experiences of those dark times more than seven decades ago.

“We want people to visit the former sites to learn what they used to look like,” said a Kanoya city official.

While Minami-Kyushu in Kagoshima Prefecture is best known for its Chiran Peace Museum, Kanoya has many war-related sites.

It hosted bases called Kasanohara, Kanoya and Kushira during the war.

More than 900 kamikaze pilots flew suicide missions from Kanoya base by the end of the war, more than at any other facility in Japan.

The video footage was created using contemporary landscapes, as well as survivors’ memories and images from official documents. A QR code will be set up at each location to provide access via smartphone for on-site viewing.

In the video of the landing on Kanehama beach, six US Navy ships appear in Kagoshima Bay and come close to shore to land bulldozers and soldiers.

One, centered on the Kushira base, shows a suicide unit departing from the base and a communications officer receiving a telegraph message in a dugout from a pilot on a suicide mission.

All materials were developed based on peace lessons offered by local volunteer guides, the city’s historical records, and residents’ wartime experiences.

Some scenes from the VR videos are available on the municipality’s website at (https://www.city.kanoya.lg.jp/furusato-pr/360vr.html†