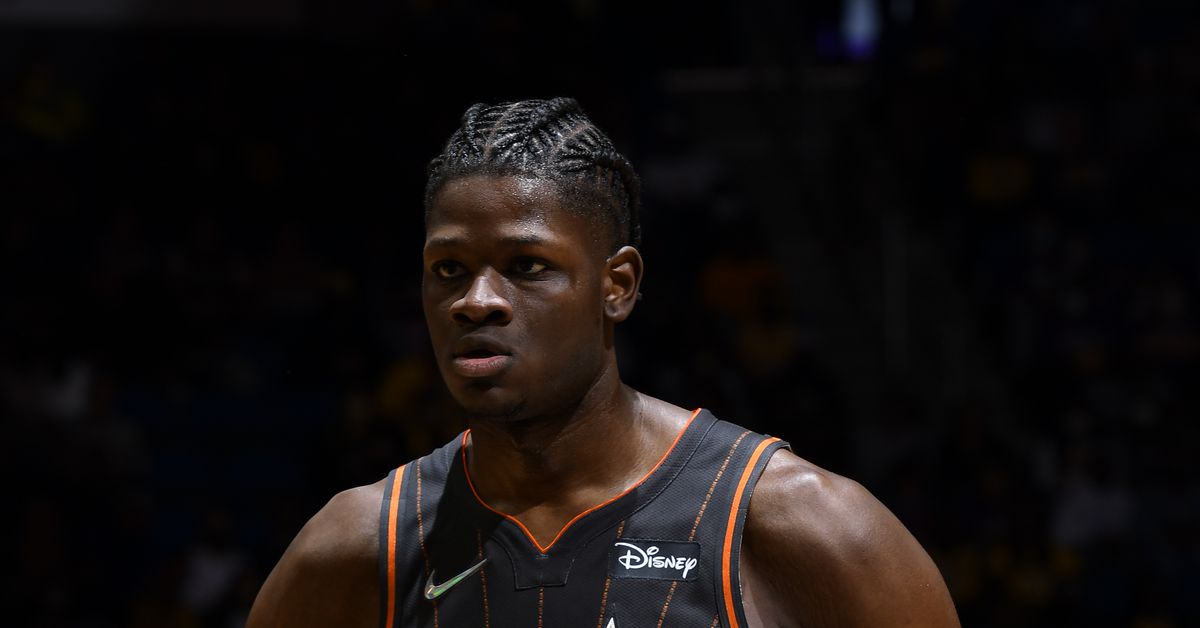 NBA free agency officially kicks off Thursday at 3 p.m. PT, but Lakers rumors are already flying in the hours leading up to the league’s legal opening bell. Khobi Price of The Orlando Sentinel reported earlier in the day that Los Angeles — in addition to the Toronto Raptors, New York Knicks, Chicago Bulls, Houston Rockets, Miami Heat and Minnesota Timberwolves — was expected to show interest in Mo Bamba after the Orlando Magic failed to qualify him and put him in is set to become an unrestricted free agent, and he’s not the only one linking the Lakers to the four-year great veteran.

According to Jovan Buha van the athletic – as hooked on all things Lakers as anyone on the beat – Bamba is one of several free-agent charities the Lakers would be willing to give their entire mid-level exception of about $6.5 million to :

Notable on this list is that almost all of the names are wings, which makes sense considering that this was the biggest positional weakness the Lakers had last season. They would also all be fully defensible purchases for that money (although Batum seems destined to return to the Clippers). But Bamba might offer enough valuable skills to be worthy of using the Lakers’ biggest contract on another big man.

Our very own Alex Regla had Bamba on his list of three centers the Lakers should try to sign in free agency, writing that he is exactly the type of floor-distance, defensively capable traditional center who could fit right in alongside Anthony Davis on either side. :

More consistent reps may have helped Bamba find his shooting feel, too. Not only did Bamba often make it fly from the depths – 44% of his shot profile came from the center – but he was hugely efficient when he did.

Bamba drove 38% of his 3-point attempts overall and 40% of his chances above the break according to Cleaning the Glass last season. His 39.3% hit rate on catch-and-shoot threes was second after Karl-Anthony Towns of the centers with at least 200 attempts.

In addition to the welcome floor distance that Bamba would provide the Lakers at the center spot, he would also help bolster their domestic defenses. With his still-alien wingspan of 7’10”, Bamba has been in at least the 91st percentile of his block percentage position in every year he has played to date.

And Bamba, Batum, Otto Porter Jr. and the rest of the names there aren’t the only ones the Lakers have their eye on, according to Buhawho has outlined several players that the team can also shop for in the free bargain bin:

Players the Lakers will be interested in for the partial mid-level exception or minimum contracts include Nemanja Bjelica, Jeremy Lamb, Jevon Carter and Juan Toscano-Anderson, according to sources in the league.

Juan Toscano-Anderson appears to be exactly the type of resilient, young and active athlete that the team sorely missed last season, and could provide solid wing depth if he’s really available for that little money. Given how quickly the Lakers moved into last year’s free-agent frenzy, we’ll probably know the answer to how feasible he and the rest of the names on this list are soon. Stay tuned to Silver Screen and Roll for any update.

For more Lakers talk, subscribe to the Silver Screen and Roll podcast feed on iTunes† Spotify† stitcher or Google Podcasts† You can follow Harrison on Twitter at @hmfaigen†