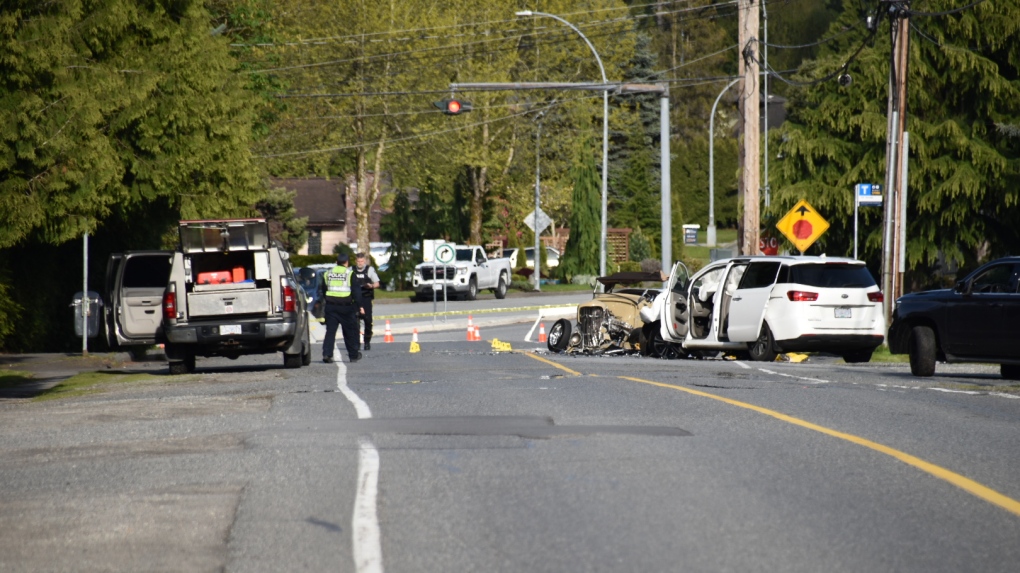 A driver has died after his classic car collided with a van in Langley on Friday afternoon.

The incident happened just before 4 p.m. at the 20700 block of Grade Crescent in the town of Langley, according to the local RCMP.

The two vehicles involved in the accident were a 1932 Dodge Caravan and a 1932 Ford Roadster, police said.

“The driver of the Roadster was thrown from the vehicle and died at the scene,” Langley RCMP said in a press release, adding that the driver was a 49-year-old man.

Footage from the scene shows significant damage to the front of both vehicles, and Mounties said their investigation so far suggests the hot rod “suddenly swung out” and collided with the caravan.

“It is believed that the deceased had a medical event,” police said. “The driver of the caravan was largely unharmed, but extremely shaken.”

Police asked anyone with information about the accident who has not yet spoken to police to call them at 604-532-3200.