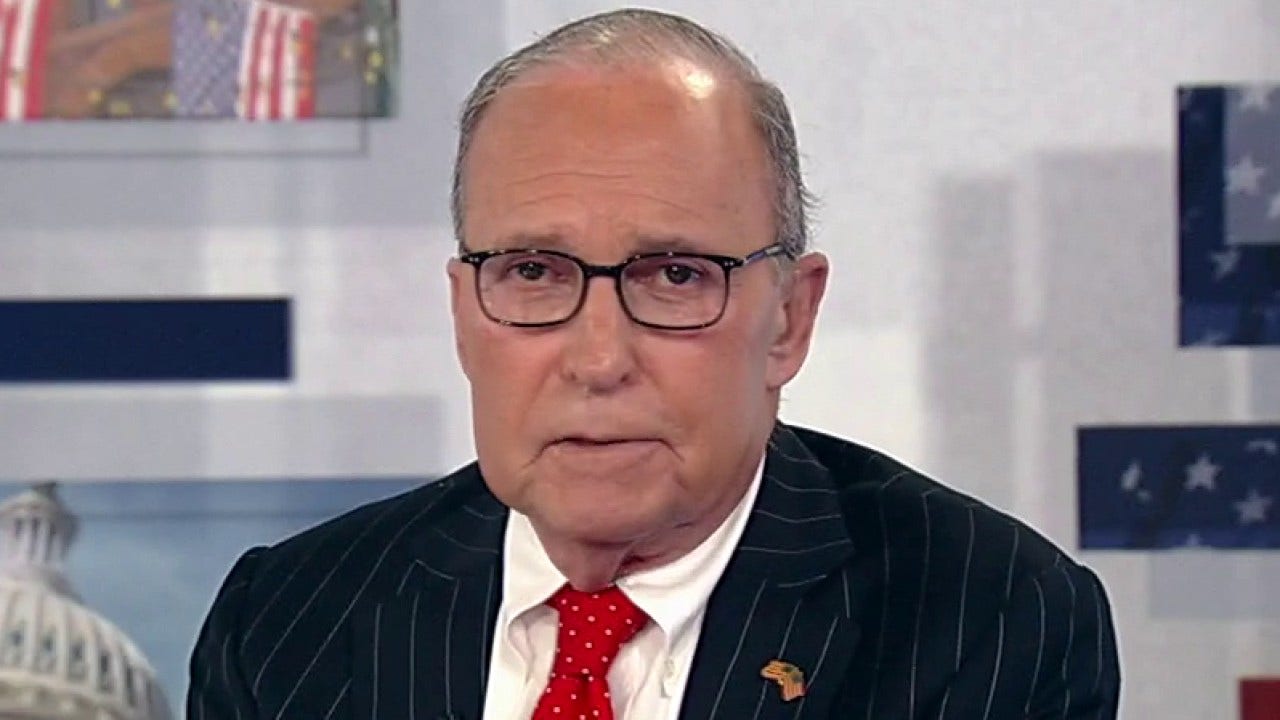 FOX Business presenter Larry Kudlow expresses concern about government spending and weighs in on ‘Kudlow’ in the Inflation Reduction Act.

Save America. Kill the bill. The bill is of course the Schumer-Manchin Reconciliation Account. It won’t be easy to kill it, but we’ll do our best on policy grounds.

The more we learn about this bill, the less everyone seems to like it. The “Inflation Reduction Act” doesn’t seem to contain much inflation reduction, according to the Penn-Wharton budget model.

It is not a supply-side model, but the results suggest that the impact on inflation is statistically indistinguishable from zero. Let me just say, there is never an automatic link between budget deficits and inflation anyway. So I never bought that argument to begin with.

The main cause of inflation is overly easy money and in this current cycle overly excessive federal spending has also contributed, but one of the economic killers besides skyrocketing inflation is Biden’s wakeful regulatory strangulation of the economy, starting with fossil fuels but continuing to virtually zero. all businesses and industries.

Biden has paid $200 billion in regulatory fees in his first year alone. That’s more important than a bunch of false accounting tricks designed to reduce the budget deficit for a few years.

If you look at reconciliation, there’s a $739 billion tax increase and $433 billion in spending, but Obamacare’s spending is only scored for three years. In 10 years it will be over $200 billion, so that destroys about $150 billion in so-called deficit reduction, and the idea that we’re going to give the IRS another $80 billion that will generate another $124 billion in tax revenue, that’s game tried over and over, and it fails over and over, and it’s just more bogus baloney.

Also, energy loans and loan guarantees are scored as high-money interest-bearing assets. Good luck with that. Do you remember Solyndra? Or how those student loans went? But the biggest champ is that the deficit-reducing crowd forgot to add a little bit to the $280 billion CHIPS+ bill that went unpaid.

I’m sure it’s just a mistake, but if you add up last week’s congressional actions, there’s almost $900 billion in spending versus $740 billion in revenue, which sounds like a deficit to me.

Feel free to check my math, but more importantly this whole idea that 100% corporate investment spending is a tax loophole. It’s not. The reason taxable income is less than business book income is that by law, with intent, in the 2017 Trump tax cuts, you allow immediate bonus deductions for new factories, equipment, technology, etc.

This was done to make America more competitive, to increase productivity and real wages and typical household income on purpose, along with lowering the tax rate from 35% to 21%.

Former Reagan economist Art Laffer discusses the impact of the Inflation Reduction Act on economic growth and how the Fed is handling inflation.

Those were the two pillars of the supply-side tax cut and it worked. Median income shot up. Unemployment collapsed. Poverty fell. Inequality decreased and there was no inflation and abstracting from the pandemic shutdown, it paid for itself when the Laffer curve started.

Schumer’s reconciliation law would stop the wave of business investment. Big mistake ! And because 70% of corporate taxes are borne by workers, introducing an alternative minimum tax of 15% on book income will lead to general tax increases.

According to the Joint Tax Commission, which is not a friend of the supply side, 50% of the burden of the minimum tax would fall on manufacturers. By the way, today’s ISM report for the industry has fallen to its lowest level since June 2020, but then, to varying degrees, every other industry will implement tax hikes, including a 7.2% tax increase on coal and a $7 tax hike. 25 billion on oil, and for that matter fossil fuels in general and – understand this – there is a fork for Green New Deal tax credits. There is a shock!

There is also an exception for a refundable tax credit on semiconductors, although the chip industry will be hit hard by the minimum corporate tax of 15%. What one hand gives, the other takes away.

So pretty much everyone gets a tax hike. What a pleasure! Just like Christmas in August. Great stuff.

But on an after-tax, after-inflation base, lotteries aren’t worth what they used to be. For heaven’s sake, save America, kill the bill.

This article is adapted from Larry Kudlow’s opening commentary on the August 1, 2022 edition of “Kudlow”.