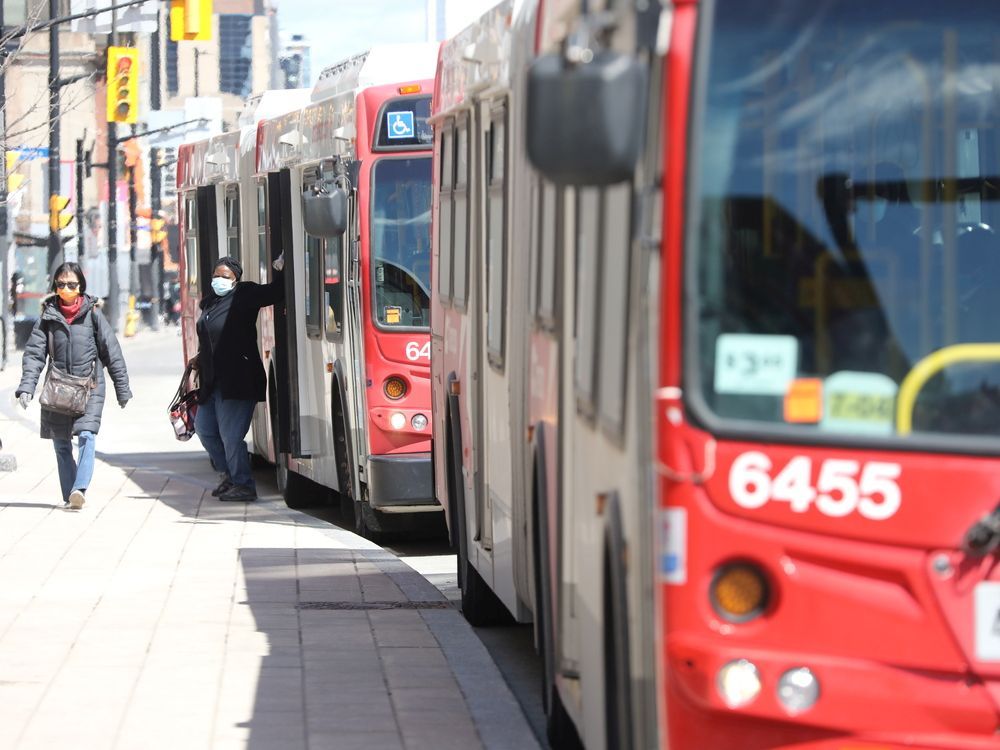 The following was written in response to an April 26 column by Randall Denley, Public transportation is no longer the key to Ottawa’s success as a city:

I stopped using public transport when my young son was diagnosed with cancer in 2018. His weakened immune system made traveling too risky. On doctor’s prescription.

Now that the bell is ringing at the end of treatment and gas prices are on their way to the moon, I’d like to do it again. I work from home, but the kids’ errands, errands, and extracurricular activities take me away from home at least four nights a week. I’d happily hop on the bus downtown if it wasn’t at least an hour to get there, and if I had to take the train and two buses, I’d even bother showing up.

Make no mistake, OC Transpo is incredibly broken, but that doesn’t mean we should throw the baby out with the bathwater.

What critics like columnist Randall Denley fail to realize is that transit is not optional for a city’s function. The debate on rates is not that we should lower the price to increase demand, but that we should subsidize the cost with tax dollars so that we can keep the lights on. Far from being a public service shuttle to get from the suburbs to their offices, public transportation is vital to the lifeblood of the city, those thousands and thousands of residents who depend on it every day. These are people we already know are being disproportionately affected by the pandemic: essential frontline workers, people with disabilities, seniors and low-income residents. With COVID-19 we realized how important these groups are to our societies; don’t forget that when we talk about the future of transport.

And those who depend aside, we are facing a climate crisis and our cities need to grow to meet the challenge. We can’t just keep expanding the Queensway and hope it somehow solves our traffic problems. We cannot constantly raise prices for substandard service and hope that people will choose alternatives to the car. We cannot cripple our public transport system and expect to keep these essential frontline workers, nor anyone else. The city cannot live without public transport.

Ottawa cannot become a global city of the future as long as it continues its love of the automobile, and people like me won’t stop driving without a better public transportation system. The problem is, you can’t fix public transportation without money, and you can’t get money if no one takes public transportation. Speaking of economics, subsidizing transit with tax dollars reveals the hidden benefits of a robust transit system. We all participate and we all reap the benefits.

And what rewards are those? Less traffic congestion, cleaner air, an inner city that people really want to visit and a stronger economy. Those who depend on transit are currently forced to be less productive than they could be, as they have to spend extra hours each week planning for inevitable transit disruptions. It’s a tiresome problem, one that our current mayor fondly noticed (and then ignored) when he refused to participate in the 2019 transit challenge because he had seats.

Failure to properly fund public transport at this stage of the game will be the death knell for our city. So Denley and I agree on that: public transport isn’t the key to the city – it’s the heart of it.

Beth Lawless is an analyst and freelance writer based in Ottawa.