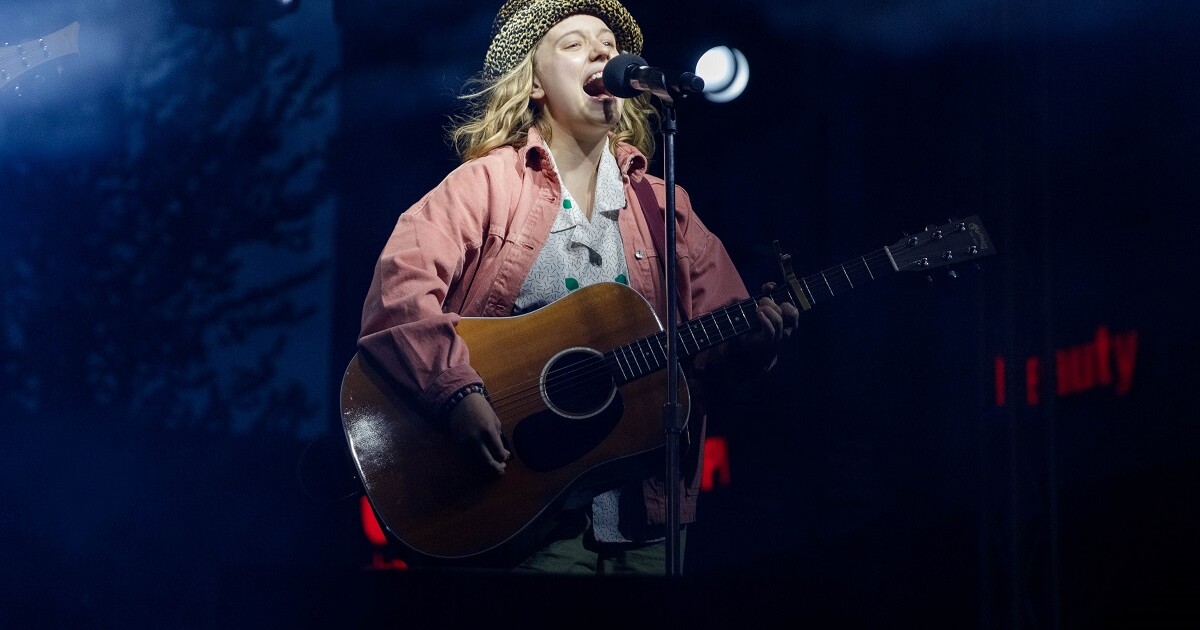 It’s not clear if Normal native Leah Marlene will perform in her hometown this summer after becoming an “American Idol” finalist.

Marlene is scheduled to play on Make Music Normal on Saturday, June 25. Normal’s civic arts manager Adam Fox said the city is still waiting to see if Marlene will be free of “American Idol” obligations.

“We understand that she is very hopeful that she will be able to perform at the event, but so far we have not received any confirmation or cancellation. We just don’t know yet as there are still some lingering contract details to be worked out,” Fox said, adding that the city hopes to get confirmation in a few days.

Marlene will not be performing on Saturday in the square in downtown Bloomington, said Jason Williams, director of talent for Castle Productions and The Castle Theatre.

Marlene was slated to be the opening act for Bloomington-Normal musician Dan Hubbard.

“Due to potential scheduling conflicts, Leah will no longer be performing on the Saturdays of July 16 at the Square concert,” Williams said. “Dan Hubbard is still headlining the night and Taylor Steele will open.”

Fox noted that Marlene has been a mainstay at Make Music Normal. He recalled that when she was a student at Normal West High School, Marlene took the main stage to fill a last second gap before the headline act, after spending most of the day in court. Uptown had kept up with her music.

Fox said Marlene has also been a fixture at the city-sponsored Uptown Circle concerts in recent years.

“Some of that magic around Leah and her performance and what she brings to an event has been around for many years and we’ve been lucky enough to be able to tap into that,” Fox said.

Marlene was listed as tentative for the weekend-long music event in Uptown before advancing to the final round of American Idol, so a cancellation is one scenario the city has been preparing for. Fox noted that the city has several other prominent acts that will be performing, including Bloomington-born Matthew Curry as part of the Matthew Curry Duo and Champaign-based Salaryman.