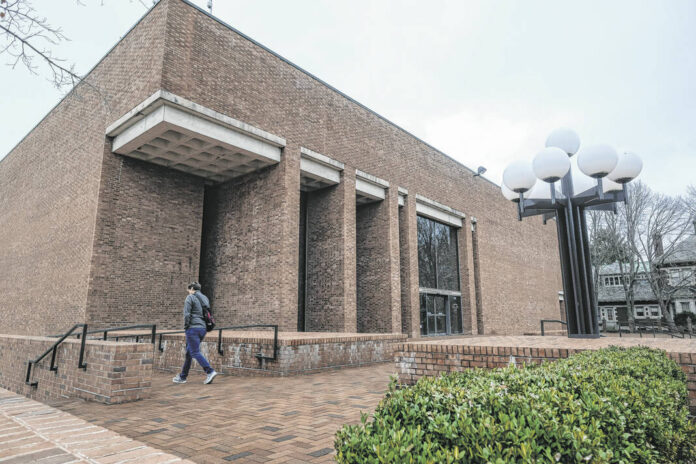 At the end of this week, the Bartholomew County Public Library lost what the director calls one of the most critical services the facility provides.

About 2:30 p.m. Thursday, the library’s Internet service began to experience intermittent service outages, library director Jason Hatton said. The facility at 536 Fifth St. would have brief periods where service appeared to be restored until it went out completely, he said.

“The only time our Internet service goes down is when there’s a power outage,” Hatton said. “Our service is very consistent. That is very unique for us.”

Unfortunately, when Internet service goes down at the library in downtown Columbus, so do the phones.

Instead of analog telephone lines, the library uses voice over internet protocol (VOIP) – a technology that uses broadband internet for both telephone calls and video conferencing. Many organizations have switched to VOIP because it is significantly cheaper compared to regular telephone services, Hatton said.

The library brought in their own information technology specialists on Thursday to see if the problem was over, Hatton said. After extensive troubleshooting, the problem was traced to an underlying carrier used by the library’s Internet service provider, Education Networks of America (ENA), he said.

That left library staff no choice but to wait Friday for ENA technicians to make their way from their headquarters in Nashville, Tennessee, Hatton said. Library officials hoped services would be restored Friday.

An example of how the library’s Internet service has become a critical asset to the community is reflected in a $46,993 grant received last January through the Federal Communications Commission’s Emergency Connectivity Fund, Hatton said.

That money was used to purchase 40 Chromebooks and 10 Windows laptops. About 25 laptops had built-in Verizon service, which allowed them to find “hot spots” where people can access the Internet over a wireless local area network. The remaining computers were intended to be borrowed by organizations or teachers for use in a classroom.

But the library computers are perhaps the most important thing for low-income people looking for work or online information, as most can’t afford to buy a computer and make monthly internet payments at home, Hatton said.