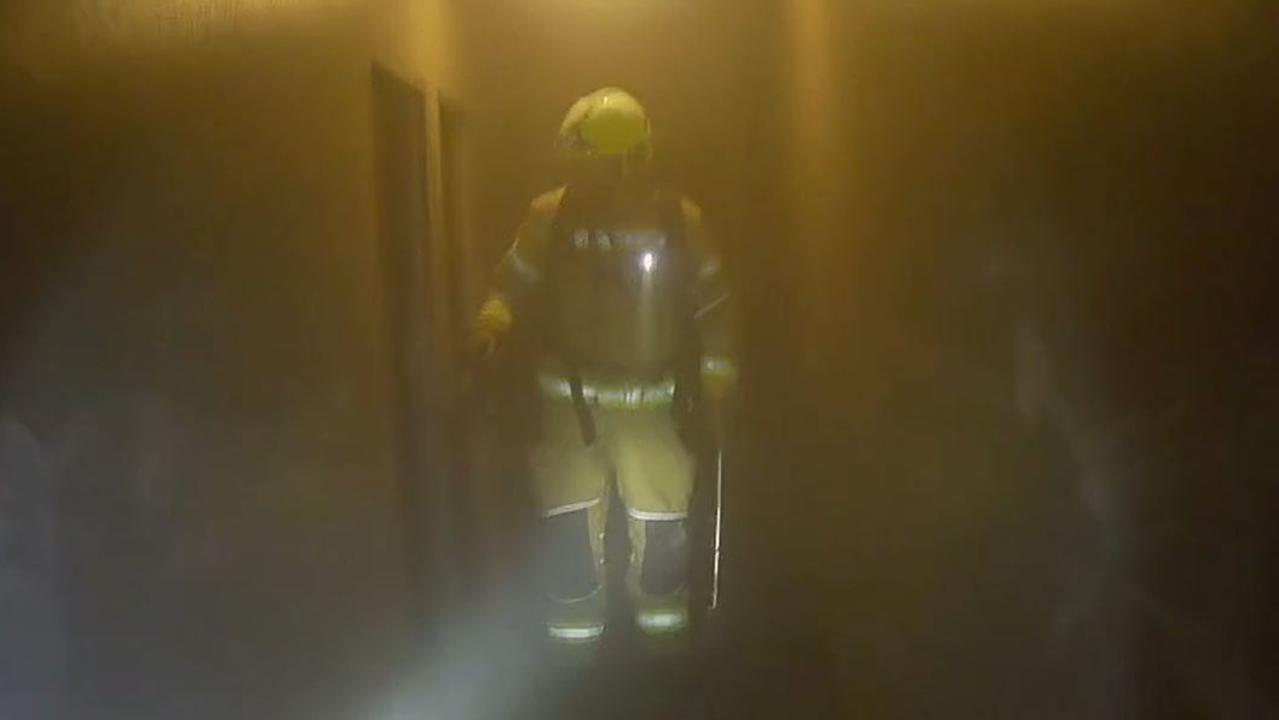 A helmet camera has revealed the dramatic moment when firefighters rescued three teenagers from an apartment fire with surprising causes.

Three teenagers have been rescued from a Sydney apartment after a charging e-bike caused a fire.

Six fire engines were called to John Street in Lidcombe, where the fire broke out just after 1am on Sunday.

A crew member extinguished a small fire at the downstairs business, while two other crews entered the smoke-filled home upstairs.

Using breathing apparatus and flashlights to make their way through the very heavy smoke, firefighters moved from room to room, searching for occupants.

Footage from a firefighter’s helmet camera shows the very poor visibility as a smoke alarm can be heard throughout the unit.

Firefighters can be seen through every room of the apartment as they try to clear the house.

When he reached a locked bedroom door, firefighter Cem Dincer forced the door open and found two teenage girls and a boy by the bed.

He alerted the other firefighters and they led the trio to a rescue ladder placed against an open window.

The teens were audibly upset when firefighters asked them how many people were in the room.

They were checked and treated on the spot by paramedics. Fortunately, the trio were not seriously injured.

The heroic rescue was captured by the helmet camera, which revealed the crews’ frantic rescue efforts amid the smoke-filled haze.

The footage shows firefighters returning to the room to check that no one else was unconscious or out of sight. The diligent crew even checked the cabinets.

Fire investigators determined the fire was started by an e-bike being charged in the downstairs kitchen.