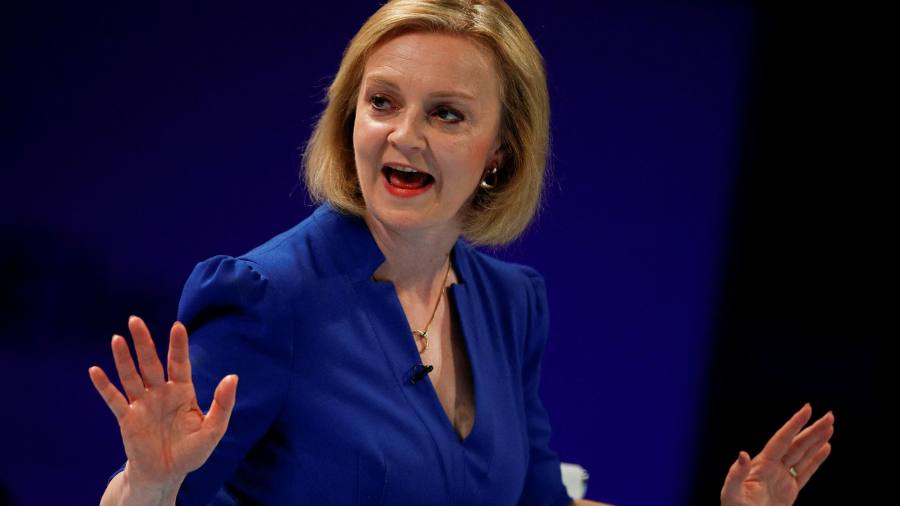 Liz Truss’ Tory leadership campaign suffered a serious setback on Tuesday when she was forced to abandon her plan to cut the wages of public sector workers living in poorer areas of Britain.

The proposal drew strong criticism from all sides, including from Tories representing northern and central constituencies, forcing the foreign secretary to ditch the policy just 12 hours after it was launched.

“It’s just not a serious proposition when it comes to understanding public finances,” said a former minister who supported the Sunak campaign. “This is a sign of hubris.”

However, a YouGov poll of Tory party members for The Times, conducted before the policy withdrawal, found that the foreign minister had extended her lead over Sunak in the conservative leadership race to 34 points.

The poll for The Times and Times Radio showed that 60 percent of party members would vote for the Secretary of State to replace Boris Johnson as prime minister, compared to 26 percent for Sunak. Nine in ten said they had already made a decision.

Sunak claimed that Truss’s plan for regional wage settlements, aligned with the local cost of living, would make millions of nurses, police officers and soldiers worse off on average £1,500 a year.

Truss’s team insisted the policy had been “deliberately misrepresented” – although it issued a press release stating explicitly that £8.8 billion could be saved if the policy applied to all 5.7 million workers in the public sector.

Ben Houchen, Tory mayor of Teesside, said this could be seen as Truss’ “tax moment for dementia”, a reference to Theresa May’s abolition of a plan to fund social care in 2017.

Houchen, who supports Sunak, said the idea of ​​lower wages for public sector workers in areas like the North and Midlands – instituted by new regional pay boards – left him almost “speechless”.

After a morning of mounting anxiety from Truss supporters, particularly those living outside London and the south east, just after midday the Foreign Secretary decided to abruptly scrap the policy to limit the damage.

“I’m concerned that people were worrying unnecessarily about my policies,” Truss said. “That’s why I make it clear that regional pay boards will not go ahead.”

Truss, a free-market Tory, had argued that public sector wages should be set according to the local cost of living. She said this would stop the “crowding” of the private sector, which could not afford to match state salaries.

The policy, part of a wider “war on Whitehall’s garbage,” was inspired by the right-wing think tank TaxPayers’ Alliance.

The episode illustrates greater risk for Truss, who has gained the support of conservative rightists by promising a series of radical proposals, including major tax cuts and a drive to shrink the state.

It points to the potential political ramifications if Truss becomes prime minister and begins to implement these policies, particularly in ‘red wall’ seats in northern England.

While such policies work well with some Tory members, who largely live in the South, and get positive headlines in the right-wing press, they risk alienating the party’s northern voters.

A spokesperson for the Truss campaign said: “Our hard-working frontline workers are the bedrock of society and there will be no proposal on regional pay boards for civil servants or public sector workers.”