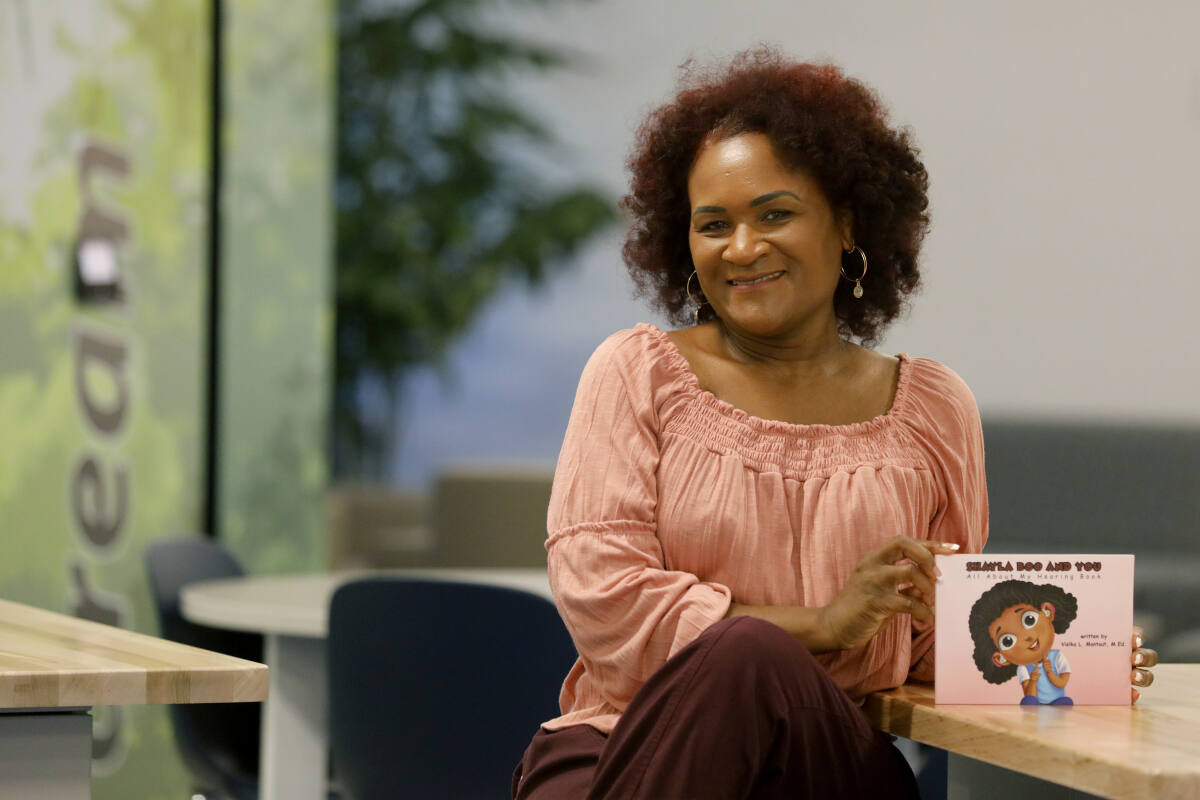 “I didn’t know what I wanted to do with my life,” she said. “My mom wanted me to go into business and I was like, ‘I can’t even do math’.”

Then, in her second year on campus, Montout was invited by a family friend to be a guest/counselor in an elementary school class helping students with hearing loss.

By the time it came full circle, Montout was hooked. She had found her calling.

“Everyone who saw me saw that I was having a little more fun than the kids in the class,” she said. “When I left, I knew what I wanted to do with my life.”

Montout has been a deaf and hard of hearing specialist with the Sonoma County Office of Education for 20 years.

Montout works with students with hearing loss and with the teachers who teach them.

Through a program launched in 1984, the education office now serves more than 200 students with hearing loss.

And as of May, they have a new potential tool to work with – Montout’s self-published book “Shayla Boo and You, All About My Hearing Book”.

“I’d like them to see there’s a book about them,” she said.

Estimates for the number of school-age children with hearing loss vary widely, according to the Centers for Disease Control and Prevention.

Shayla Boo is named after a family friend of Montout’s, but the story—readers follow young Shayla home from her school to an audiology appointment—is fiction.

Yet it is less of a narrative than an explanation.

This is what a hearing aid is. This is how it works. This is where the battery goes.

Each page ends with a question where Montout the teacher comes in.

“There are books out there, but I haven’t seen one like mine, the kind of interaction,” she said. “I wanted to write mine interactively – this is what we learn, this is how this works, what did you learn, talk about your hearing aid, can you name the parts of your hearing aid?”

The book is meant to be experienced – readers check in with each other, or at least Shayla Boo, to see what they’ve learned as they go along.

“I’m a teacher. That’s exactly what you do,” Montout said.

She wants the book to have less story time than conversation starter. She dreams of pairing it with a workbook and eventually an entire curriculum.

The response Shayla Boo has received from friends and colleagues has inspired her to keep thinking about next steps.

“I was a little scared when I brought myself out,” she said.

But the reception is positive.

Montout works through Amazon, so she doesn’t have to deal with sales or shipping. She has a few early reviews – all five stars.

And another thing? Shayla Boo, like Montout, is a woman of color.

“A lot of books don’t always have a minority representation,” she said. “I wanted to make sure there was representation for everyone.”

You can reach Staff Columnist Kerry Benefield at 707-526-8671 or [email protected] On Twitter @benefield.