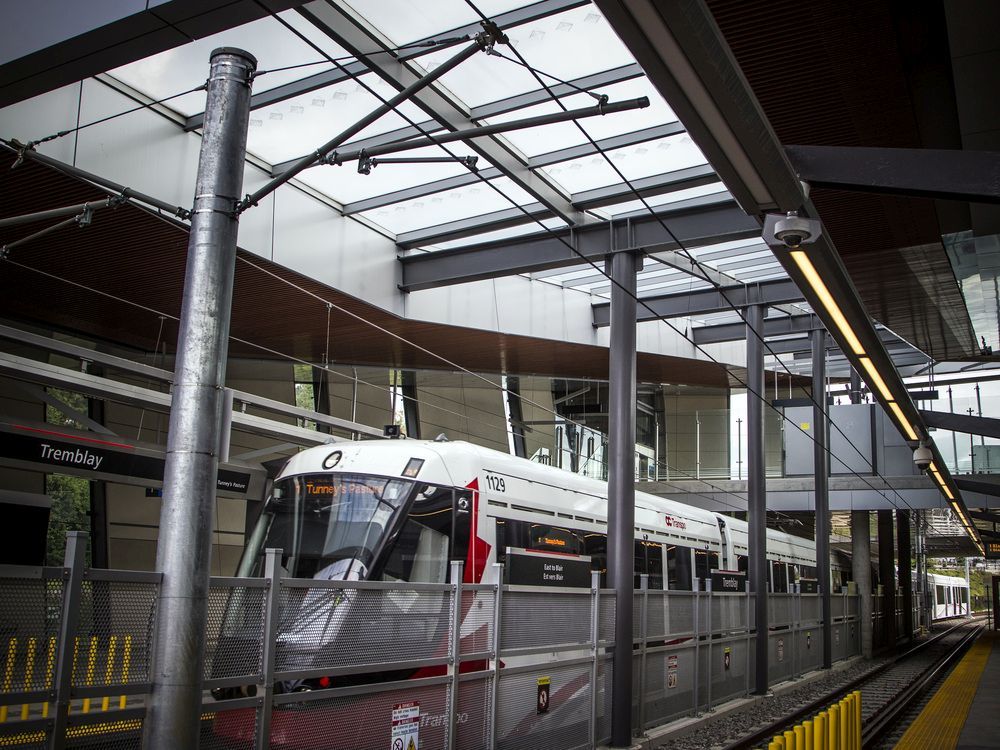 The LRT Commission of Inquiry received another deafening hearing at the Shaw Center Thursday night as more citizens highlighted the frustrating issues that have haunted the $2.2 billion Confederation Line.

It was the second and final night of public meetings inviting presentations from the public ahead of the hearings beginning next month.

The provincial investigation is investigating the circumstances that led to the derailments and other disruptions of the Confederation Line. The study is focused on Phase 1 of the Ottawa LRT project.

The first was Victor Mitev, who told the committee of his “unpleasant LRT experience” on October 31, 2019, which forced him to wait 40 minutes in the rain for the bus at Hurdman Station after catching a train from Kent Station.

“At one point that was a regular occurrence, not just a one-off,” Mitev said, adding that he felt “cheated” from the new transit system.

Dominik Janelle, who is running for a city council seat in the October municipal elections, led the committee through all the troubles since its 2019 launch, expressing disappointment at the LRT system’s spectacular failure to create a “gleaming beacon of Ottawa.” ” to be.

“We wanted a well-functioning system, that’s all, and if it wasn’t ready, why was it deployed?” said Janelle.

George Lafreniere, who told the committee he used public transportation to get everywhere, expressed his dismay at the “toxic environment” in the city council during LRT debates, swept up by “hostility” and “disgust” between councilors.

Transport Action Canada’s David Jeanes, who has full status during the investigation meaning he can question witnesses, gave a preview of the issues he plans to raise during the hearings.

There are “serious issues with the city’s original specification,” Jeanes said.

Other citizens question the design of the stations and the winter operations of the LRT system. Some people have been talking about procurement issues for the Phase 2 O-Train expansion, but the committee’s mandate is limited to Phase 1.

The committee heard a total of 16 citizen presentations on Thursday evening.

Co-lead committee adviser Kate McGrann — the other co-lead counsels are Christine Mainville and John Adair — opened Thursday’s meeting with a presentation on how the public inquiry would work and what observers could expect in the coming months.

Hearings begin June 13 at the University of Ottawa and run through July 8. A report with recommendations is due by August 31, but the provincial transport minister could extend the deadline to November 30.

During the hearing, 40-50 key witnesses will be called.

The commission has released a draft list of 40 witnesses expected to be called during the hearings, with several current and former City of Ottawa officials providing information under oath.

Other witnesses expected include officials from the Rideau Transit Group, Alstom, Thales and several consultants who worked on the Ottawa LRT project, including those from STV, Parsons, Deloitte, Altus Group, SEMP and TUV Rheinland. Infrastructure Ontario officials, who provided procurement advice for Stage 1 LRT, are also on the list.

The commission will enable witnesses to testify in person or at a distance.

The hearings include expert panel discussions on public-private partnerships and best practices for major projects.