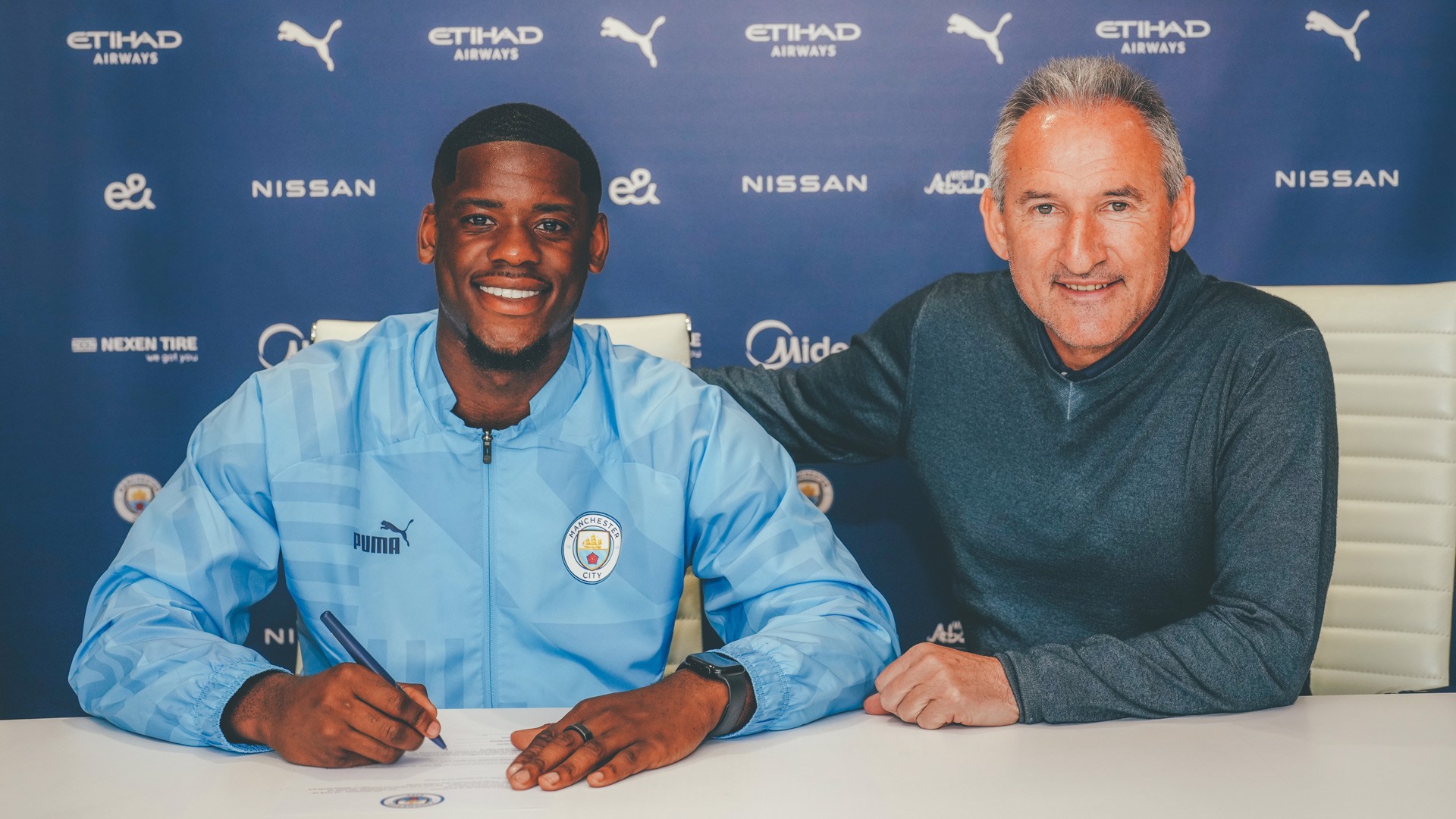 Luke Mbete has signed a new contract with Manchester City.

The 18-year-old has agreed to a three-year extension and has signed a new deal that will keep him at the Etihad Stadium until the summer of 2027.

An impressive centre-back, blessed with speed, strength, superior insight and awareness and an excellent passing game, he has grown steadily stronger since joining City at Under-12 level.

Mbete went on to move up the Academy ranks with high honors, making his senior City debut last season.

Mbete will also be the latest of our group of exciting Academy graduates looking to tie his long-term future at the Club with Cole Palmer, Liam Delap, Finley Burns and James McAtee all of whom have signed new deals in the past 12 months.

And Mbete said he was delighted to have secured his own new City contract.

“This is a very proud moment, both for me and for my family,” Mbete told mancity.com.

“I want to thank everyone at the club for showing their confidence in me.

“I have been fortunate enough to work under some great coaches throughout the Academy and to also be able to train under Pep Guardiola and the first team coaches is an incredible privilege.

“I feel like I’m constantly learning and improving and there couldn’t be a better club to keep developing.

“Signing the new contract is a fantastic feeling and now I just want to continue to contribute as best I can.”

As one of the charms in our Elite Development Squad’s title success in the Premier League 2 in 2021/22, Mbete has also further enhanced his experience by training regularly with City’s first team over the past period.

Last September he made his debut, play the full 90 minutes as City defeated Wycombe Wanderers 6-1 at the Etihad in the third round of the Carabao Cup and added two more senior appearances to his name.

Mbete came in as a late replacement in January 4-1 FA Cup third round victory away at Swindon Town.

He then made his Champions League arc – again from the bench – in our scoreless draw of the last 16 in the second leg with Sporting in March.

In addition to that senior experience, Mbete was a key figure as our EDS side impressively retained the Premier League 2 title under head coach Brian Barry-Murphy, making 19 appearances.

Everyone at Manchester City congratulates Luke on his new contract and wishes him every success in the coming years.